Winners and Losers in the Politics of the Old Ball Game

When it comes to pro sports, public officials are constantly dealing with issues from social equity to neighborhood development to taxpayer subsidies. Nothing illustrates these issues better than Atlanta’s long relationship with the Braves. 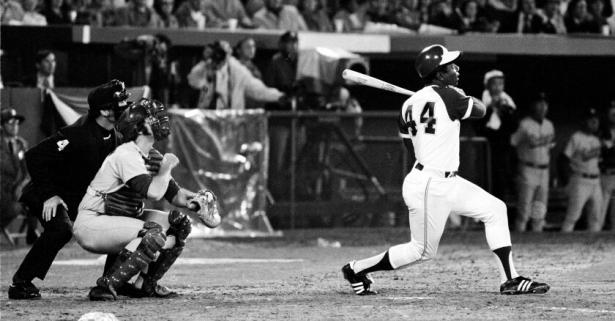 It has been 26 years since the Atlanta Braves won the World Series, and watching this year’s National League Championship Series between the Braves and the Los Angeles Dodgers brought me back to 1993, when I played a role in deciding that the Braves would have a new home, Turner Field, to move into in 1997. It also reminded me of the difficult issues, ranging from community concerns about social equity to making sure that sports development incentives protect the taxpayers, that came up then and still come up in the often-fraught relationships between local governments and professional sports.

Before the move to Turner Field, and at the time they won the World Series in 1995, the Braves played at the old Atlanta-Fulton County Stadium, built by a partnership between the city and the county. Much has changed since those days: The Braves left the city and now play in suburban Cobb County, and the inner-city community the Braves left is now a thriving, trendy in-town neighborhood — no thanks to the Braves. Atlanta’s story of winning, then losing, the Braves, and having to decide whether to fork over huge public subsidies to land or keep them, is a far too familiar one that other cities like Dallas, Oakland and Las Vegas, and Washington, D.C., have in common.

This is particularly true of the Atlanta Braves, which often refers to itself as “America’s team” because its games are cablecast nationally. In 1964, 47 dignitaries broke ground on the $18 million Atlanta-Fulton County Stadium where the Braves played for 26 years; local officials strategically built the stadium to lure the Milwaukee Braves to town in time for the 1966 season. And though the Braves’ move to Atlanta seemed to be embraced by fans, business leaders and public officials, there are often political casualties associated with such moves. Luring the Braves in 2013 to Cobb County was so controversial that the late county chairman, Tim Lee, lost his seat because his constituents did not believe he was transparent enough in negotiating the deal. Indeed, as much of a national pastime as baseball may be, it is intricately interwoven with the politics of local communities.

I was a teenager when the first Braves stadium was built but was integrally involved in the discussions that led to the renovation of Centennial Olympic Stadium that later became Turner Field. I served as a member of the Metropolitan Atlanta Olympic Games Authority (MAOGA), and, along with eight other members, was responsible for overseeing the approximately $2 billion Olympic Games budget and ensuring that no public funds would be risked in putting on the Games.

In addition to providing oversight, MAOGA was the recipient of the Olympic venues after the games ended, and it was our job to determine an after-use for each facility. Most were given to public institutions of higher learning and historically Black colleges and universities, but we decided to retrofit the Centennial Olympic Stadium and lease it to the Braves. Along with this decision came other sticky issues that had to be worked out, like what to do with the old Atlanta-Fulton County Stadium once the new, adjoining ballpark was built (the old stadium was demolished); how best to protect the African American working-class communities nearby from negative impacts of stadium development; and how to leverage public and private investments for the redevelopment of those impacted communities.

These issues are similar to those faced by other communities like Oakland and Dallas where public investment is used for financing privately managed or owned athletic facilities. Our authority resolved our issues and addressed community resistance by establishing a community benefits package that included funding for affordable housing for the impacted neighborhoods. While our funding had only a marginal effect on stimulating development, today the area is thriving due to gentrification. The downside of these developments is that many legacy residents are being displaced by higher-income residents — a common problem for in-town communities.

Interestingly, the Braves’ move to Cobb County immediately stimulated an economic boom in the areas around the new ballpark, something that did not happen for the Black communities where they played in Atlanta. It was only after the team left that good things started to happen for those communities. Then-Atlanta Mayor Kasim Reed (a candidate for another term as mayor in the upcoming election on Nov. 2, after sitting out the last four years) suffered little if any consequence for negotiating what some considered a sweetheart deal with Atlanta Falcons owner Arthur Blank to keep the football team in town, all the while ignoring the Braves’ departure for the suburbs.

Having been party to the difficult decisions on Turner Field, the Atlanta-Fulton County Stadium and the Olympics venues, I have empathy with public officials trying to lure or keep sporting venues in their jurisdictions while at the same time having to address the concerns of the community. Franchise owners often dangle local officials over a fiery pit demanding that they fork over public subsidies to build new athletic venues every decade or two, threatening to bolt for greener pastures.

There are other public-relations negatives that public officials have to be on the lookout for, particularly if their professional sports team has a racist mascot as does the Atlanta Braves. In a column for a local weekly back in 1995 when the Braves last won the World Series, shortly after I had helped approve plans to convert the Olympic Stadium into a new home for them, I wrote: “America’s love and hate of the red man is adequately captured in our lore, but our history in Georgia, involving Native Americans, precisely reflects the national ambiguity — a long trail of forgotten tears and the never-to-be forgotten world champion Braves.”

As local officials and the public across the nation settle in to watch the so-called “America’s team” attempt to attain something it has not managed to capture in 26 years, I hope they keep in mind that the venues where these events occur are often paid for in part with their tax dollars. As far as the Braves fans’ chopping, chanting and face-painting are concerned, I hope you join me in condemning such behavior and calling on the inherent good that I believe exists in the hearts of the team’s fans to stop insulting Native Americans. If this were to occur, we all would be champions.

Jabari Simama is a government and education columnist.