We can be silent about hate and lose what this experiment in democracy means or do something about it, the last time it was allowed, we had "jim crow rules"

People who really believe in this democracy have speak out or end up in a serious fight, we are not going backwards,

Some doctors and health professionals I know share that view. They are tired of being hemmed in by the whims of private insurance companies out to make money, and whose onerous rules are administered by people with little or no medical expertise. As a result too much time and money are spent on billing.

The pharma industry has no price controls. With a more rational system, that money could be used for actual medical care and costs to patients would not be so impossibly high. There are better ways. 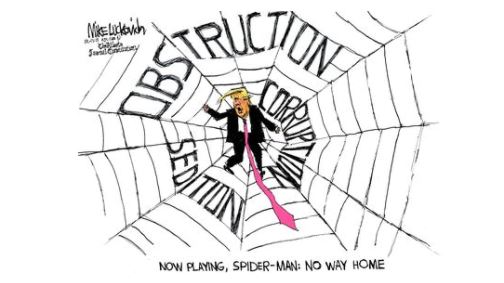 Re: How Oregon is Turning the Page on America's Disastrous Drug War

They call it the "War on Drugs," but, in fact, it is a war on people who use the drugs. People who are addicted to substances are not "collateral damage" in this war, they are the intended enemy.

He should lose because he is a right-wing a-hole, not because his father was a Nazi. But if that helps beat him, tant mieux!

Re: Frederick Douglass and American Empire in Haiti

Douglass also had an acute understanding of the unique context of Haiti, whose struggle for Black freedom had rocked the white world to its foundation; its mere presence at the table of free powers was an affront to white supremacy. As a result, the white world would never tire of punishing Haiti for the sin of Black sovereignty. “Haiti is black,” Douglass stated, “and we have not yet forgiven Haiti for being black or forgiven the Almighty for making her black.”

At the age of seventy-one, Frederick Douglass was appointed ambassador to the Republic of Haiti by the administration of U.S. president Benjamin Harrison. Douglass had helped stump for Harrison during the 1888 presidential elections and the position was something of a reward for the elderly abolitionist. However, Douglass’s short time in the post—from the end of 1889 to the summer of 1891—was an absolute debacle. It served to tarnish the latter days of Douglass’s venerable career and is widely seen—by both his contemporaries and by later biographers and critics—as having been calamitous.

Re: Sandinistas Won a Landslide Victory Not Through Fraud but Because They Uplifted Nicaragua’s Poor

Really?  I love Portside, but this is over the top!  I grew up fighting for the Sandinistas only to be appalled by the repression and corruption.  This undermines the credibility of Portside.

Regarding “Sandinistas won a landslide victory…“ article, the author glosses over the jailing of opposition candidates and never mentions that the vice presidential candidate is Ortega’s wife. This was far from a free and fair election!

While Ortega began with many good intentions, he is living proof that power corrupts. It is internal problems causing the country’s death spiral, compounded by COVID and lack of vaccines.

Not a balanced article for an assistant professor to include in his tenure file. And it reflects poorly on Portside as well.

This is the latest post of Global Left Midweek, which I produce for Portside's Wednesday emailing. This week there are several items of special note. Sunday is the election in Chile, with a fascist and a socialist running neck-and-neck. Myanmar seems to be approaching a revolutionary situation, as people of all classes are dead set against the recent military coup, and armed resistance groups are appearing around the country. Major teachers strikes have broken out in three far-flung countries. Meanwhile, China is now laying out a description of their version of democracy, and I offer their explanation and a background analysis from the West. That's just part of what's up. Take a look and keep an eye open regularly. Thanks! 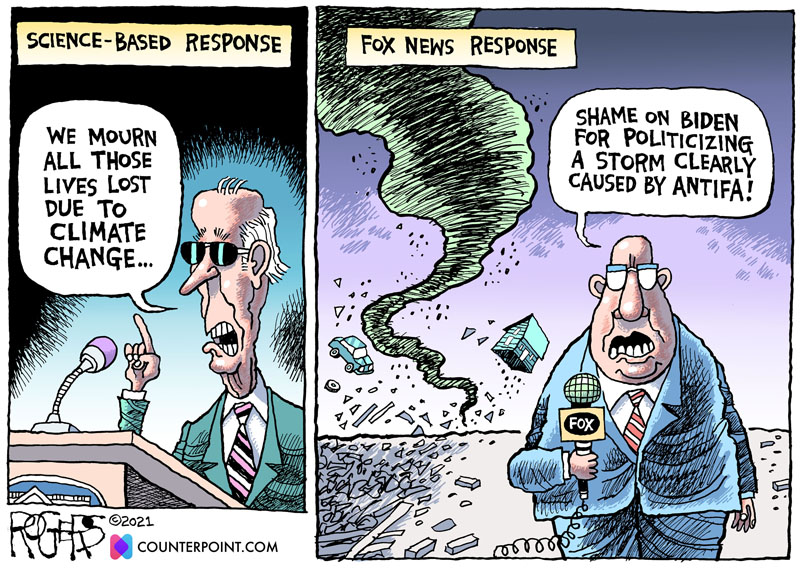 Re: Why Public Art Is Good for Cities

Not just good for tourism, but jobs and safety too.

That's what I said in my Ted talk! 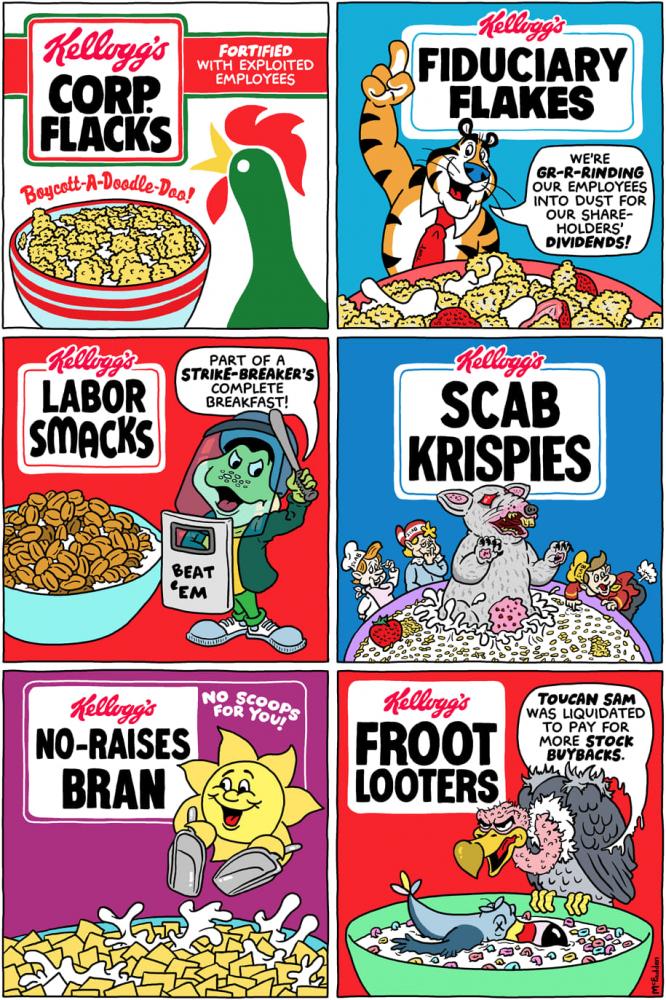 Re: Queer Films Could Sweep Awards as ‘The Power of the Dog’ and ‘Flee’ Gain Momentum

The last laugh in Power of the Dog is as empowering and triumphant as this world allows? Even this world of injustice and suffering offers other means of finding dignity autonomy and protection. Don’t confuse retaliation with triumph and empowerment.  To overcome requires finding a voice and learning to recognize and work through one’s own conflicts. Nothing of the kind was portrayed in this film’s disappointing ending.

Re: Forty Years Later, Reds Is Still One of the Best Films Ever Made About Revolutionary Politics

Well, for those of us old enough to remember, there’s a host of movies from this era, Burn, starring Marlon Brando, 1900, To Die in Madrid, Battle of Algiers, then one of my favorites staring Marcelo Mastroianni, The Organizer. Oh, and the 1967 prescient film by Godard, La Chinoise. 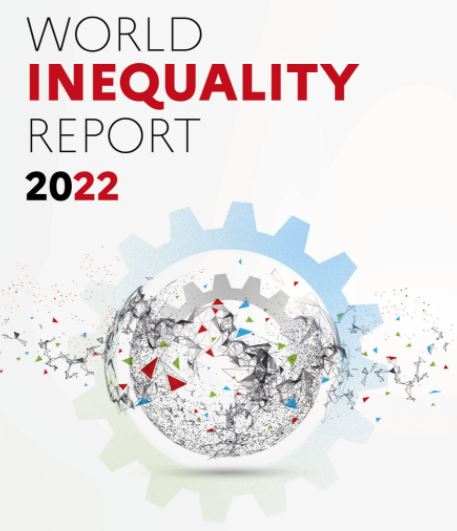 The job of holding up a mirror to the world can be a frustrating one. When the news is persistently bad, when the mirror highlights more wrinkles than we want to face up to, it is easy enough to find excuses— we are about to turn the corner, there is no other way to go, efficiency demands this, think of all the other good things that are happening, and the evergreen favorite, the data is wrong. Chasing down each of these narratives and slaying them takes stubbornness and hard work. Over the last twenty-five years,

Thomas Piketty has been leading this fight, first by himself, then with Emmanuel Saez, Facundo Alvaredo, and the late Sir Tony Atkinson and, increasingly, with a growing team of collaborators, culminating in the World Inequality Lab.

This report is the current flagship product of the Lab, prepared under the leadership of Lucas Chancel and also coordinated by Thomas Piketty, Emmanuel Saez and Gabriel Zucman. It is the product of a relentless data amassment which makes it possible to provide better answers to almost every question we want to ask about what is happening to inequality world-wide. The answer is not pretty. In every large region of the world with the exception of Europe, the share of the bottom 50% in total earnings is less than 15% (less than ten in Latin America, Sub-Saharan Africa and the MENAS region) while the share of the richest 10% is over 40% and in many of the regions, closer to 60%. But what is perhaps even more striking is what is happening to wealth. The share of the bottom 50% of the world in total global wealth is 2% by their estimates, while the share of the top 10% is 76%. Since wealth is a major source of future economic gains, and increasingly, of power and influence, this presages further increases in inequality. Indeed, at the heart of this explosion is the extreme concentration of the economic power in the hands of a very small minority of the super-rich. The wealth of the top 10% globally, which constitutes the middle class in rich countries and the merely rich in poor countries is actually growing slower than the world average, but the top 1% is growing much faster: between 1995 and 2021, the top 1% captured 38% of the global increment in wealth, while the bottom 50% captured a frightening 2%. The share of wealth owned by the global top 0.1% rose from 7% to 11% over that period and global billionaire wealth soared. With the boom in the stock market, the picture does not seem to be getting better.

The World Inequality Lab gathers social scientists committed to helping everyone understand the drivers of inequality worldwide through evidence-based research.