Victories in Chile and Honduras, bitter fights in Asia and Sudan, and more 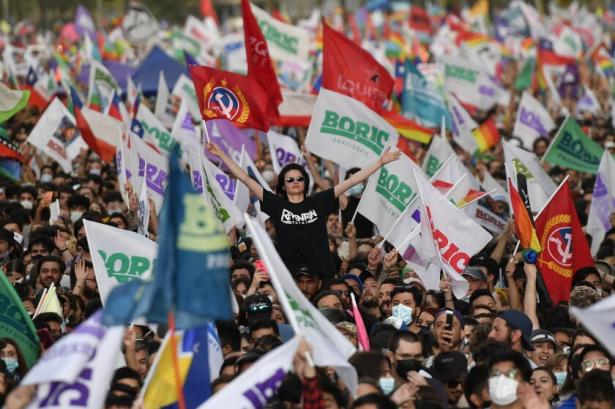 Resistance Committees, doctors, lawyers, and activists have condemned the excessively violent response by the Sudan Armed Forces and associated paramilitaries, to the December 19 Marches of the Millions in the capital Khartoum on Sunday.

Cubans do not grow up in a spirit of competition or every person for themself. They know from experience that only by working together can they meet the immense challenges facing their country. Helping neighbors, cleaning the neighborhood together, meeting and making decisions together in the workplace, etc., this is how they live.

2021 has seen the birth in Greece of a renewal of the feminist movement, young, radical but also unitary, which already occupies the forefront of popular struggles against neoliberal reaction and nationalist and orthodox obscurantism. The event is significant, almost historic, in a conservative and disoriented Greek society, which is always seeking a left worthy of its name.

Castro will be the first female president in Honduran history, with the highest vote total ever. Her landslide success was the product of twelve years of hard organizing against the regime installed by a 2009 coup. The challenges Castro now faces are beyond daunting. Looming behind them is US imperialism – facing the potential loss of one of its most captive nations.

The peoples of the region are all too familiar with the racist stereotypes in the facile falsehood that “Arabs and Muslims are not fit for democracy and are incapable of governing themselves”. Imperial and colonial dominance over the region have led to it being viewed in some quarters as a homogeneous entity, systematically reduced through negative tropes.

This ‘business as usual’ mentality is blinding us to the fact that our political and economic order - extractive capitalism - is by its ecologically destructive nature, interwoven with the natural world. This toxic fusion of global capitalism and eco-colonialism is increasing both the occurrences of epidemiological threats and hastening the destructive collapse of the ‘Capitalocene’.

The danger for the left is that we haven’t yet developed a coherent alternative. We have, for the most part, correctly if critically supported temporary lockdown measures and economic support to limit mass death. But, as the new biosecuritarian state is rolled out, our contradictory desire for the state has not borne fruit in an agenda for the long-term.

On 28 April 1971, the first issue of the daily version of il manifesto hit the newsstands. Despite countless difficulties, phases when its survival was deeply imperilled, and periods when it temporarily had to suspend publication, fifty years later the newspaper is still with us — and thriving.