Dispatches From the Culture Wars - January 4, 2022 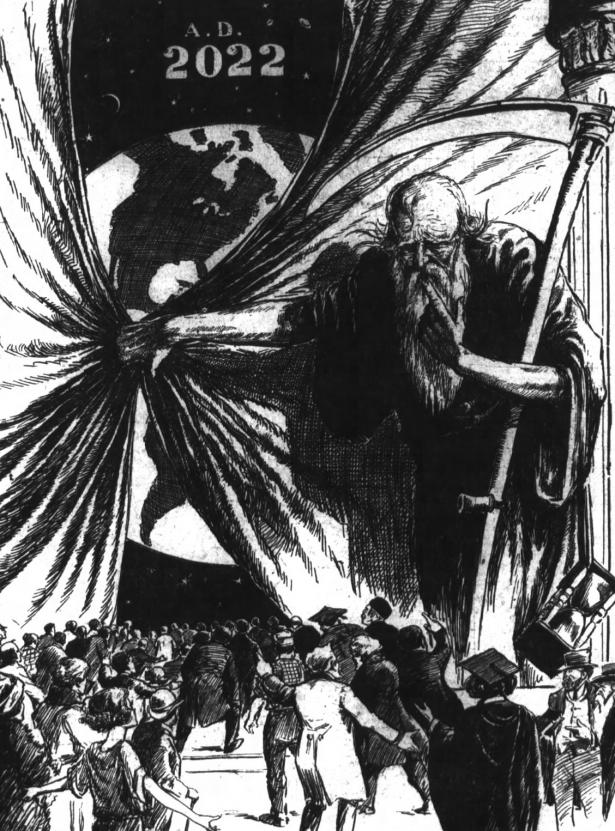 A 1923 illustration published in the San Francisco Chronicle depicting the world of 2022. Credit, PHOTO BY NEWSPAPERS.COM

How Futurists Past Saw 2022

'Soylent Green is people!': What futurists predicted for the year 2022.

One gets the sense that a film like Don’t Look Up is intended to inspire people to action, but its effect feels more deadening, a brief moment of catharsis as we hurtle towards a disaster that there is no political will to prevent.

When Comic Books Threatened the World

In the 1950s, a uniquely American art form was artificially stunted and constrained in a way that combined moral panic with McCarthyist witch-hunting.

By Paul Von Blum
The Progressive

Nonfiction comics and graphic memoirs are now more popular than ever. One of the authors who spearheaded the genre and whose work continues to shape it, Paul Buhle—a historian who has published books on everything from C.L.R. James to Jewish popular culture—joined the underground comics scene in the late 60s.

Below are nine of the best comic books to hit shelves in 2021, running the gamut from superhero movie source material to the memoir of one of America’s most beloved political figures of the past few decades.

Graphic Bios of John Lewis and the Panthers

While separately each of these two graphic novels focuses on a single opposing perspective of the Civil Rights era, read in tandem they provide a more complete view of the movement than 21st-century readers might normally imagine.

DC and Marvel Come Out

While critics of the increased LGBTQIA+ representation in comics have argued for new queer characters, both Marvel and DC made history by having long-running, established characters explore and embrace their diverse identities.

Over the past decade, an increasing number of young Arab writers have adopted graphic novels and comics as their main means of artistic expression. For them, the format lends itself better to capturing the absurdities of the young Arab experience than either prose or film.

Disney’s Newest Has a Colombian Hero

The happiness portrayed in Encanto isn’t just escapism, it’s defiance. It’s about challenging that notion that we Colombians have to be miserable forever.

Video: How Manga Took Over the World

Manga is devouring American comics whole. Whereas Marvel and DC struggle to retain readers, manga publishers dominate sales at home and abroad. To many American comic loyalists, it seems surreal. When you consider the disadvantages manga has compared to American books—such as being printed in black and white—the achievement becomes even more compelling.