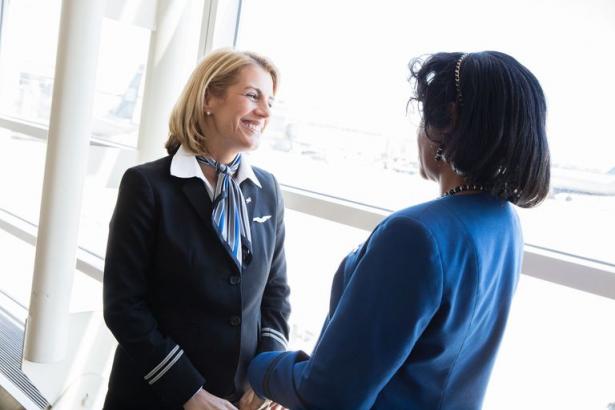 The labor movement saw an unprecedented, uproarious resurgence in 2021, as workplace strikes became commonplace throughout the country in what’s being referred to as a historic employee uprising. As the pandemic continues to evolve, leaving in its wake the worst U.S. recession in history with millions of people still out of jobs, employers across industries are facing acute labor shortages. Why? In short, because swaths of people have left their pre-COVID positions in pursuit of more money, more flexibility, and generally better quality of life in an especially fraught time. According to the Labor Department, four million people quit their jobs in April of 2021 alone, while those who’ve remained are shown to be joining unions and organizing in ways they perhaps previously hadn’t.

Despite decades of declining membership, labor unions are currently seeing their highest approval ratings in the United States since 1965, according to a recent Gallup poll. Given that issues like pay, benefits, paid sick time, paid family leave, minimum staffing levels, schedule flexibility, mental health, and workplace safety have become increasingly urgent in the midst of the pandemic, women and femmes have emerged as union leaders across industries like never before, playing pivotal roles in some of the 45+ labor strikes since August tracked by Bloomberg Law. This should come as little surprise, as the Economic Policy Institute found that women in unions are paid more than their non-union counterparts, and that collective bargaining has also aided in lessening pay gaps for workers of color. Of course, women and femmes have also historically been leaders of, and active participants in, the country’s labor movement.

Among this decade’s most visible leaders are Liz Shuler, recently named the first female president of the American Federation of Labor and Congress of Industrial Organizations (AFL-CIO), the largest U.S. union federation; Sara Nelson, the international president of the Association of Flight Attendants (AFA); Crystal Dunn, vice president and secretary of the U.S. Women’s National Team Players’ Association, who has been charged with spearheading negotiations for a new labor contract; and Mary Kay Henry, the leader of the Service Employees International Union (SEIU).

Below, BAZAAR.com speaks with two of these trailblazing leaders about the latest surge in the labor movement, the importance of unions, and why women and femmes make some of the most effective organizers.

Liz Shuler, President of the AFL-CIO

In the late 2000s, Liz Shuler joined AFL–CIO, the largest federation of unions in the United States, which works with more than 12.5 million members at 57 unions, including those representing strikers at Kellogg’s and John Deere. When Richard Trumka, the secretary-treasurer of the AFL-CIO, tapped Shuler as his running mate in the election for the labor federation’s presidency in 2009, the team emerged triumphant. Trumka then named Shuler head of the AFL-CIO’s youth outreach efforts, where she spent more than 10 years heading up outreach to workers under the age of 35, using digital engagement methods to connect with workers and supporters alike.

After the unexpected death of longtime leader Trumka this year, Shuler made history as the first woman to helm the federation after being elected in August. She plans to serve the remainder of Trumka’s term until June 2022. Since “Striketober,” Shuler has penned op-eds for The Washington Post, NBC, and others in support of the workers across industries on the picket lines during the pandemic.

“The coronavirus pandemic, coupled with our country’s prolonged shortage of jobs that provide living wages, good benefits, and adequate working conditions, has created momentum for our movement on a scale we’ve never seen before,” Shuler tells BAZAAR.

With an electrical lineman and union member father and a secretary mother, both of whom were employed by Portland General Electric (PGE), Shuler, a Gladstone, Oregon, native, was destined to be a formidable advocate in the labor movement. After attending the University of Oregon, where she worked summers at PGE, Shuler first became active in union work as an organizer for the International Brotherhood of Electrical Workers (IBEW) Local 1245, ironically contributing to a campaign to organize clerical workers at PGE. By 1997, she was working as a lobbyist for the IBEW, where she was able to overcome a bill to deregulate Oregon’s electricity market.

Shuler rose through the ranks at IBEW, quickly going on to teach in the union's education and training programs, serve on the State of Oregon Management-Labor Advisory Committee on Workers’ Compensation, and be appointed an IBEW international representative. Her work took her to Washington, D.C., where she worked in the IBEW's Political and Legislative Affairs Department. In 2004, Shuler became the executive assistant to IBEW President Edwin Hill, effectively making her the highest-ranking woman in the union’s history. The role would allow Shuler to oversee many of the IBEW’s most crucial departments, including education, policy, public relations, and workplace safety divisions.

Now, one of her main focuses is advocating for the advancement of President Joe Biden’s Build Back Better Act, which purports to invest billions of dollars into improvements in childcare, including raising child and home care workers’ pay to a minimum of $15 an hour and providing money to upgrade childcare centers.

“For too long, women have been underpaid, undervalued, and expected to take on most of the unpaid care work,” Shuler says. “That’s why on the national level, we’re working to pass the Build Back Better Act, which will put gender equity at the center of our economic recovery where it belongs.”

Sara Nelson, International President of the Association of Flight Attendants

At one time in her life, Sara Nelson intended on becoming an actress. Instead, thanks to a heap of incurred debt from earning a bachelor’s degree in English and education, she was forced to work four jobs, including as a substitute teacher and linen salesperson. In 1996, a friend suggested she support herself by becoming a flight attendant, so that year, she secured a position with United Airlines, where she has worked since.

Early on in the new role, a dispute over wages prompted Nelson to get involved in labor organizing. In 2002, when United declared bankruptcy, a process that would last until 2006, the union representing the airline’s flight attendants turned to then 29-year-old Nelson, who was already active in the local Boston Association of Flight Attendants union, to assume the role of chief of communications. In the years that followed, Nelson proved shrewd in the public relations department in both the face of the SARS outbreak, which greatly impacted international air travel, and after United attempted to cut workers’ pensions. It was Nelson who threatened a strike and stepped up to serve as the union's CHAOS strike chair during two rounds of labor negotiations, simultaneously providing communications support to other groups of AFA flight attendants. Her impressive record in the role would catapult her all the way to international vice president, the union’s number two leadership position, by 2011. Just three years later, she assumed the position of international president.

As the top officer of AFA, Nelson is now charged with complete leadership of the union, serving as chair of the union's annual convention, on the AFA Board of Directors, as well as on the Executive Board. She is also the chief spokesperson for the union, which means she is in regular contact with other unions and labor organizations in the aviation industry and others.

“I’m a representation of the people,” Nelson says. “This is definitely not just about me. This is about whether or not our economy actually works.”

In 2019, in the midst of a government shutdown that would leave thousands in the airline industry without compensation, Nelson spoke at Reagan National Airport in support of federal workers at airports. “Many of these people are our veterans,” she said. “Many of these people are fighting for our country right now, and we are not paying them.” One day later, a number of air traffic controllers on the East Coast did not show up to work, a move which briefly grounded flights in New York. In response, just hours later, then President Donald Trump announced a deal that would reopen the government.

Nelson has since established herself in the press as a loud—and leading—voice in the labor movement, nabbing impressive profiles in The New York Times and on Politico, as well as making regular appearances on cable television.

“I think that for the majority of people who were defined as essential workers—the majority of them being women and people of color—the pandemic shined a light on jobs that are oftentimes left in the shadows or cast aside,” Nelson tells BAZAAR.

An effective proponent of policy change like the passage of the 2018 FAA Reauthorization bill, which expedited the financing and development of certain airport capital projects, Nelson was elected to the Aviation Steering Committee of the International Transport Workers Federation (ITF), the global federation of transportation unions from 148 countries and a combined membership of 4.5 million people, in 2014. She was also named co-chair of the Economy Task Force formed by President Biden and Senator Bernie Sanders in an effort to create a unity platform for the Democratic Party in 2020.

“People left their jobs because they had a chance to breathe and to see that it was poverty-shaming that was keeping quiet about not being able to make ends meet,” Nelson says. “There’s millions of people who need help. These pandemic relief plans were not just about getting help to people, they were also about recognizing that millions of people can’t—and won’t—get by, and will lose their homes, electricity, food, et cetera if they don’t get assistance.”

Though it was rumored that Nelson would be a cabinet appointee in the Biden administration’s Department of Labor, she’s instead focusing on organizing flight attendants at Delta Air Lines, one of the only airlines that still boasts a mostly non-union workforce.