A year set for major upheavals all over 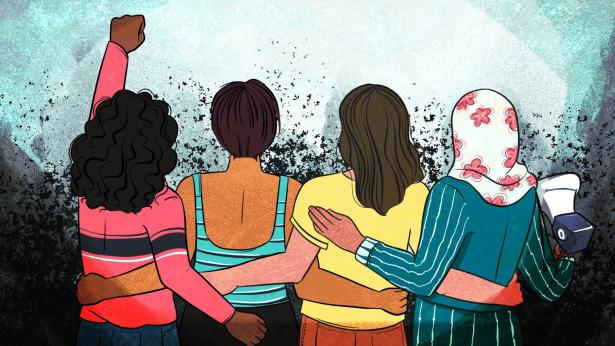 The primary political purpose of Global Left Midweek is internationalism. Since my high school years at the end of the 60s, I saw proletarian internationalism as an actual force in the world, the historic response to imperialism and racism. Today, the structure and consequences of imperialism have shifted, and so have the ownership and production relations that shape the international proletariat. We need to see where these shifts could take the cause of solidarity of exploited humanity.

GLM is not a random collection of odd events and odder theoretical takes. There is a political position in every posting, and here it is:

War is always a primary danger. US imperialists continue to spread bloodshed and exploitation, but there have been crucial changes that need more analysis and discussion. The Left and the peace movement are chewing over old bones in trying to meet this challenge. Some want to replay the cold war by obsessing about US control behind every contradiction everywhere. But since neoliberalism began to run its course in opening new ground for plunder, the role of the US in world imperialism has itself shifted. Former puppets are cutting a few strings. Sometimes clients start to call the shots. We should also realize that the mission of US intelligence has gone way off course, due to its own weaknesses.

Starting with the mass rejection of the Vietnam war, peace has meant non- or anti-intervention. In this century we find ourselves more in the position of the socialist movement before World War I – anti-militarism. Military rule is the most brutal and antidemocratic force today – as shown by the coups in numerous countries, some backed by Washington, some not. This is an international issue linking the demands for peace and democracy.

It is no accident that two revolutionary situations are emerging right now, in Sudan and Myanmar, in which the military rulers are nearly universally despised and a broad front of popular forces are forming armed revolutionary units. Neither of these juntas were promoted by the US. That should not keep us from learning as much as we can about these inspiring battles for democracy.

The Left is struggling to distinguish between 20th century fascism and the current trends of ‘right wing populism’, ‘corruption’ (a target of Biden’s recent Summit on Democracy), ‘authoritarianism’ and ‘surveillance state’. The fight against forms of quasi-fascism is distinct, but also connected to the war threat, through opposition to militarism.

All these issues we hear about in the MSM, are real nonetheless: from privacy to clean government, from human rights to exposing demagogic, conspiracist culture. People are responding to this all over, in many different ways – even apart from the ever-present terrors of climate destruction and pandemics. More than ever, we see an acceptance of socialism as an alternative to a rotten system. But the mass movements emerging around the world are about reform more than revolution, and even in cases of violent ferment, the goal is still democracy as the movements would define it.

There is an uptick in the number of elected left governments, and it’s a great thing. But parties no longer set the full agenda or run the action. That goes for any party in or out of power, even the most formidable. To try to reverse that situation would be nuts. Parties have useful roles to play, but when their agendas dominate absolutely, by any means necessary as is the case in China, democracy suffers, organization suffers, and ultimately solidarity becomes its opposite. Our goal should remain proletarian internationalism, but based on recognizing that the defining feature of today’s global left is not ‘the party’ or a camp of states, but mass democratic political action, inside or outside the state.

[This editorial is not a statement of Portside collectively. Responses welcome – GLM Moderator]

Inter-country economic inequalities have been greatly accentuated by the pandemic, to a level that is likely to generate significant geopolitical tensions.

A commitment to support a popular mobilisation in defence of an environmental, feminist, social and economic reconstruction of Europe, based on respect for popular sovereignty, pooling our resources to build a fully democratic, solidarity-based, egalitarian and socially advanced Europe.

Both the U.S. and China are already working hard to deploy hypersonic missiles and more conventional weaponry meant to target the other side’s vital defense nodes, only increasing the risk that either side could misconstrue such a “conventional” attack as the prelude to a nuclear strike and, out of desperation, decide to strike first. Then we’re really talking about World War III.

The new leader of the UK’s second biggest union calls on the Left to “start work through painstaking organising — not through symbolic gestures, but through everyday activity.”

All over the world, there has been some progress in relation to women’s human rights and gender equality. Those changes are the result of the pressure and tireless efforts of women’s rights movements, which get inspiration from one another despite the long distances and contextual differences between them.

The unpostponable path towards a more democratic system and with greater civil liberties is made difficult thanks to that U.S. policy that gives itself permission to speak on behalf of the same Cuban civil society that it maintains under siege.

Conceição, a member of the MST’s national coordination, talks about land occupations, Bolsonaro’s weakening hold on power, and organizing through Covid.

Bolshevism created a military paradigm of revolution that deeply shaped communist experiences throughout the planet. The European Resistance, as well as the socialist transformations in China, Korea, Vietnam, and Cuba reproduced a similar symbiotic link between war and revolution.