Petitions to organize have come faster than even those involved first believed possible, according to Richard Bensinger, union organizer with Starbucks Workers United and a former organizing director of the AFL-CIO. 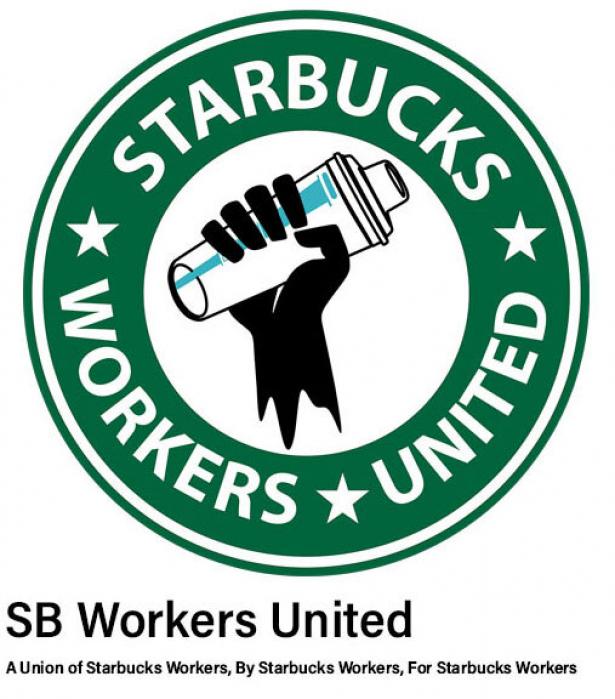 From coast to coast, young Starbucks baristas are pushing to unionize their cafes, flexing their collective power against the coffee giant in a fight that could change the broader restaurant industry and its workforce.

After notching a first win late last year, two Starbucks company-owned stores have formally organized after a December vote and hearing before the National Labor Relations Board. To date, more than 30 company-owned stores from Massachusetts to Tennessee and Arizona have filed for union elections at Starbucks, according to a CNBC analysis of NLRB filings. An industry-wide labor crunch and the high-profile union push from Starbucks workers could mean more chains see their employees follow suit.

“I do think, right now, this is the canary in the coal mine for the union and for the industry,” said MKM Partners analyst Brett Levy.

The petitions to organize have come faster than even those involved first believed possible, according to Richard Bensinger, union organizer with Starbucks Workers United and a former organizing director of the AFL-CIO. But with the group organizing via single-store units, some say the push could take years before reaching critical mass for the coffee giant.

Bensinger said he thinks Starbucks corporate was “caught off guard” by the speed. Hundreds of partners a week are contacting the organizers to learn more about how to petition to unionize, he said.

Starbucks spokesperson Reggie Borges said it is inaccurate to say the company was caught off guard and not prepared. “This shows a lack of understanding of how our leadership engages with our partners,” he said. This includes regularly meeting with workers and holding listening sessions.

The number of stores that have filed petitions is a small fraction of the coffee giant’s nearly 9,000 U.S. company-owned cafes, Borges said.

Starbucks Workers United believes most of the pro-union workers are in their early 20s, which prompted Bensinger to say they are part of a “Gen U” for unions. These workers are optimistic that organizing will bring them power to express their voice in a way that will be received by management to better the company during the third year of the pandemic, he said.

“This is a generational uprising. I think young people are rediscovering unions as the way to have a voice into the job and lift up their wages and benefits,” Bensinger said. “We always thought in this country that we would do better than the next generation — these folks have student debt, they can’t buy a house, they can’t afford health care, there’s no retirement security. So it’s a hopelessness.”

‘It just doesn’t add up’

Leo Hernandez, a shift supervisor at a Starbucks in Tallahassee, Florida, has been closely watching the union effort unfold over the last few months. While Starbucks’ benefits have long been a draw, Hernandez expressed frustration over a lack of transparency around Covid exposures, Covid policies, pay and staffing challenges at the company.

Like many young people newly rallying around unionizing, Hernandez cited the idea of having a direct line into management and a sense of community with fellow union member partners for the desire to organize. The 25-year-old would also like to have one job, instead of working multiple shifts serving, babysitting and doing grocery delivery to make ends meet.

“It’s the insurance that I have a job that’s good for me,” Hernandez said. “I love Starbucks and all the benefits they have, but it could always be better. ... I am the main provider in my household currently, and it just doesn’t add up. I currently have four jobs in total. I would like to cut that down to one.”

‘Taking it into their own hands’

The swift movement comes at a time when American approval ratings of unions are near an all-time high. Gallup polling from September 2021 shows 68% of Americans approve of labor unions — the highest reading since a 71% approval in 1965. The poll was based on responses from 1,006 adults.

Approval of unions has outweighed disapproval every year for the last two decades, Gallup said. Currently 86% of union members approve of unions, down from a recent high of 93% in 2019. American adults self-reported union membership stood at 9%.

“In America, we have dramatic inequality in income and wages and wealth. ... I think young people are sick and tired of it, and they’re taking it into their own hands,” Catherine Creighton, director of Cornell University’s Industrial and Labor Relations branch in Buffalo, said.

Restaurant operators, on the other hand, are less convinced about the efficacy of organized labor — although not all of them are against the idea. A Datassential survey, which surveyed 399 operators from Dec. 23 to Jan. 3, found that nearly half of operators believe collective bargaining and labor unions are not a good fit for the industry. Roughly 90% of respondents didn’t have a unionized workforce.

Unions are a rarity in the restaurant industry. Only 1.2% of workers at food and drinking outlets were members of unions in 2020, far below the private sector unionization rate of 6.3%, according to the Bureau of Labor Statistics. The industry traditionally has high turnover, which can make organizing difficult. Moreover, the franchise business model used by many fast-food and casual-dining companies also presents challenges for unionizing.

The low rate of unionization across the restaurant industry means experts are still unsure about how the push for organized labor from Starbucks baristas will play out.

MKM analyst Levy said he thinks that Starbucks’ union push is already having an impact on how the coffee chain treats its U.S. workforce. For example, it announced in late October that it would give baristas at least two pay hikes in 2022.

“That can best be evidenced by their decision to up their compensation,” he said. ”... Those moves were put in place before the votes were completed, but it attempts to address some of the issues that the potential union employees are looking to deal with.”

In a December note to clients on the potential impact of unionization, Levy estimated that if 10% of Starbucks’ U.S. company-owned cafes get a raise of $1.50 per hour, the company’s net income could see a hit of roughly 3%. But that won’t happen overnight.

“My assumption initially is that Starbucks will take it on a case-by-case basis as they negotiate with different stores and different markets,” Levy said. “Assuming changes are made, they’ll apply best practices across the system.”

As of Thursday’s market close, shares of Starbucks have fallen 1% over the last 12 months, giving it a market value of $96.92 billion. The company is expected to report its latest quarterly results on Tuesday after the bell.

Buffalo baristas flexed their organizing power in a walkout in January over what they deemed to be unsafe working conditions. Still, some are skeptical that the strategy will result in Starbucks negotiating and agreeing to a contract with the union. Labor laws don’t require that the employer and union reach a collective bargaining agreement.

On top of that, workers who lose faith in the union can petition to decertify after a year, putting a ticking clock on negotiations. On average, it takes 409 days for unions to ratify their first contract, according to Bloomberg Law.

Starbucks is planning to stick to a store-by-store negotiating tactic, said Borges, its spokesperson.

People familiar with the organizing effort said Starbucks’ strategy allows the company to take advantage of its scale and resources, while multistore negotiations would likely benefit the union more.

Michael Saltsman, managing director of the Employment Policies Institute, said Starbucks’ footprint is so large that even hundreds of stores unionizing may not move the needle.

“It’s going to be a little bit of a battle of the wills, and I think that’s if Workers United is willing to do what other unions in the past haven’t done, which is see this through over a five- or 10-year period, with a very massive financial commitment and sort of an uncertain outcome,” Saltsman said.

Portside Moderator's Note: Starbucks workers are now seeking to unionize at 50 stores across the country, according to media reports.

The Starbucks Workers United union said on Monday that it’s filing 15 unionization petitions with the National Labor Relations Board, which follow dozens of others submitted in the weeks since the group’s landmark victory in a Buffalo, New York, election, ALJAZEERA reported.

"If the labor board affirms that the union has signed up majorities at each store and schedules a flurry of votes across the country over the coming months, they will offer a crucial test of the fledgling union’s staying power. So will the contract talks in Buffalo. Under U.S. labor law, management is required to hold contract talks “in good faith” once workers vote to unionize, but there’s no obligation to make major concessions on workers’ demands. In most cases, workers haven’t yet reached a collective bargaining agreement a year after voting to unionize, according to a 2009 study.

Workers United, an affiliate of the Service Employees International Union, has so far prevailed at two of the three Starbucks sites to hold recent unionization votes, all in New York state. Employees have been voting this month at one of the company’s Arizona locations, but the company has filed an appeal to prevent the counting of those ballots, arguing as it has elsewhere that store-by-store elections are inappropriate. Employees are also scheduled to vote next month at three more New York Starbucks sites."