How the Left Should Think About Inflation

There is no compelling reason to raise interest rates, now or later. 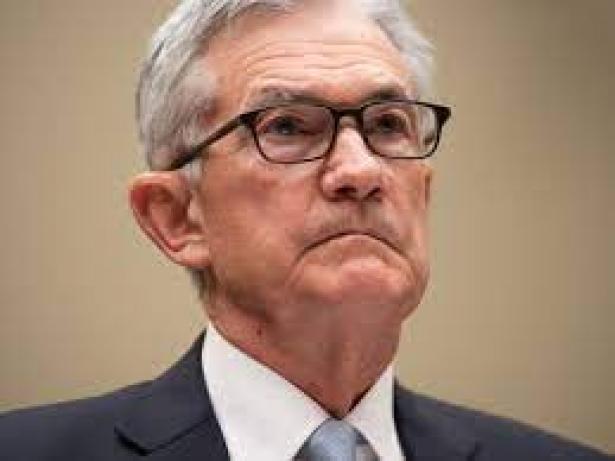 In stating recently that “inflation is the Fed’s job,” President Biden gave compact expression to three radically false and politically suicidal propositions: 1. The past year’s price increases are part of a process that must be suppressed. 2. Anti-inflation policies are the preserve of the central bank. 3. The Federal Reserve can suppress inflation without also wrecking the economy, the president’s own program, his party, and his political prospects.

Let me offer three counter-propositions: 1. There is no compelling reason to raise interest rates, now or later. 2. Nevertheless, future price pressures are inevitable.  3. A progressive anti-inflation strategy is possible and necessary—one that supports jobs and living standards and doesn’t involve the Federal Reserve.

Why have prices risen this year? First of all, because world oil prices jumped in the spring of 2021, while supply chain troubles hit new car production and drove up used-car prices. Those were the big items. They were onetime hits, in the case of oil largely over by July, which make new headlines every month only because the government reports price changes 12 months later. Though some effects will linger, these big shifts will drop from the news reports automatically as 2022 moves along.

Wages are also rising, finally—a bit. Since most American jobs are in services, those wages are also prices. And they are prices that are paid—this should be an obvious point—by people wealthier than those who are getting paid. Suppressing wage increases for low-wage American workers is reactionary. And it’s a result that can be achieved only by gouging those workers and their families on their debts and then cutting off their bargaining power over their jobs.

There are other things going on, including higher rents and meat prices. But in the main, the “inflation” we’ve already seen is either plainly transitory, as in the case of oil or autos, or good news, as in the case of wages. Neither justifies a policy of higher interest rates. Not now, and not for years from now, until after the next presidential election.

Why can’t the Federal Reserve hold the line without hurting workers? Because to keep to any given inflation target—2 percent per year, say, as the Fed would prefer—when some prices are rising by much more than that, means that some other prices must rise much less, or even fall. What other prices are there? In a service economy, it’s mainly wages. But to cut back wages, you need recession and mass unemployment. Want to know how that works politically? Ask Jimmy Carter.

The idea that the Federal Reserve can (somehow) bring down inflation without cost is backed by nonsense and non-thought. Milton Friedman’s old slogan “Inflation is always and everywhere a monetary phenomenon” demonstrates how far economic thought can depart from reality. There is a notion that “labor markets” somehow adjust on their own to preserve full employment. There is a claim that the Covid stimulus programs were too big and that the economy is running “too hot.” All of it is false, which becomes obvious once you realize there are 2 million fewer jobs in America now than there were in 2019, when there was no inflation to speak of. Obviously we’re running into structural changes induced by the pandemic, some of which cannot be reversed and some of which should not be reversed, but none of which the Fed can just wave away by pushing up interest rates. 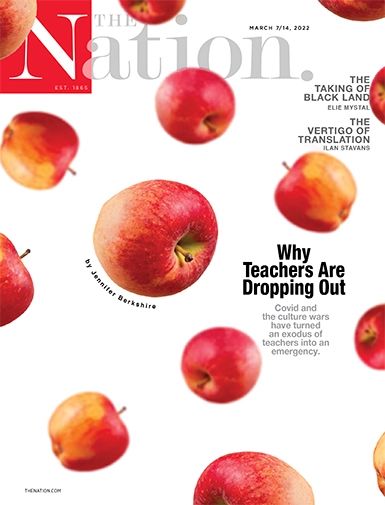 And more and bigger structural changes are coming, whether we like them or not. Most important, the United States no longer runs the world. We must move away—quickly, before any new disasters occur—from failed efforts to preserve a military and financial domination that we cannot maintain. Second, we must move away from fossil fuels. Third, the pandemic showed that we must move away from the global supply chain—not everywhere, but in some critical areas, restoring domestic manufacturing capacity to meet emergencies. Each of these coming transitions will generate pressures on the price level. And the argument just made will again apply: Some price increases should be accepted, and some should be managed, as best we can, with policies that keep things under control and share the burdens.

What are those policies? They include large investments in infrastructure, mass transit, housing, and rebuilding cities; action on climate change; and legislation for higher minimum wages and guaranteed jobs. Once again, all of these efforts will tend to push up prices, at first. That’s because they generate incomes that cannot be spent immediately on more consumer goods, barring what economists call “a perfectly elastic supply”—meaning more goods from China at no extra cost, flowing in smoothly over the supply chain. Forget about that. Instead, we can assume that consumers will buy houses, used cars, and other fixed assets, driving those prices up—and those purchases will register, directly or indirectly, in the price index.

How should we handle those pressures? First, by making resources available that we’re now wasting. Above all, we should demilitarize and redirect those valuable materials, skills, and personnel to tackle the big investments we need here at home. Reckless war policies, pursued for 20 years, have already ended the global dominance we once enjoyed—Iraq, Afghanistan, and now the situation in Ukraine are proof. The only way out of this decline is to get busy and rebuild on the home front. That, by the way, is what Germany, Japan, Korea, and China have all done—and exactly why they are the top or rising economic powers while we are the declining one.

WHAT SHOULD THE DEMOCRATS DO ABOUT RISING INFLATION?

Second, the US should definancialize. Since the time of Reagan, the American economy has ridden waves of speculation—in real estate, in information technology, in mortgages, and now in real estate once again—each leading to a bust. Here the way out is twofold. First, break up or take over the large banks, restore effective regulation, and create a public banking system that serves a public purpose—as France did following the Second World War. Second, heavily tax speculative assets, including land, mineral rights, and so-called intellectual property, bringing our oligarchs back to earth and lowering taxes on working people, consumers, and ordinary business profits. This will deflate the plutonomy—that part of the consumer economy driven by the excesses of the very rich. Want to call this “socialism?” Go ahead.

Third, control health care costs. How? By enacting Medicare for All, including the power of a government purchaser to negotiate drug prices. Medicare for All is a system of strategic price control aimed at a critical sector; it is potentially the most powerful anti-inflationary tool the government has.

Fourth, control rents. Since all locations are unique, rental housing is by nature a form of market power. And while landlords do deserve a fair return, renters also deserve a fair deal. Rent control, managed by community boards, is the way to achieve this and to keep housing costs down.

Finally, use selective price controls to stop price gouging. Inflation is always aggravated by bad actors who abuse their market power to profiteer. Against this, the best weapon is the empowered consumer, informed and organized. The greatest experiment in economic democracy ever attempted, the Office of Price Administration under Chester Bowles from 1943 through 1945, deployed over 300,000 civilian volunteers to keep prices in check. The OPA was hated by business and was abolished in 1946, precisely because it was a countervailing power that actually worked.

The left must take inflation seriously—but not because what has already happened is such a big deal. And not because we face the kind of hyperinflation that boosted the Nazis or led to collapse in Zimbabwe. And especially not by nodding along with the tired ideologues who have dominated the economics textbooks, the financial press, and central bank policies since the era of Reagan and Volcker.

The left must face up to inflation because we must be realistic and ready for what’s coming next. Progressives should not pretend that our challenges will be met by magic or for free, leaving prices unaffected. Fading American global power, rising resource costs, the energy transition, and the climate crisis—as well as most of the investments and job policies we favor to respond to these changes—will put pressure on the price level. The “inflation” to come is just a condensed reflection of this reality. And the idea that “inflation is the Fed’s job” is just a way of denying that reality while dumping the unavoidable costs of adjustment onto American workers, their families, the indebted, and the poor.

If the left stands for anything, it should stand for a better way.

James K. Galbraith teaches at the LBJ School at the University of Texas at Austin, and is the author of Inequality: What Everyone Needs to Know.

Please support  progressive journalism. Get a digital subscription to The Nation for as little as $2 a month!