A departure from the Caped Crusader’s elitism, the latest adaptation of the DC comic addresses class disparities in Gotham. 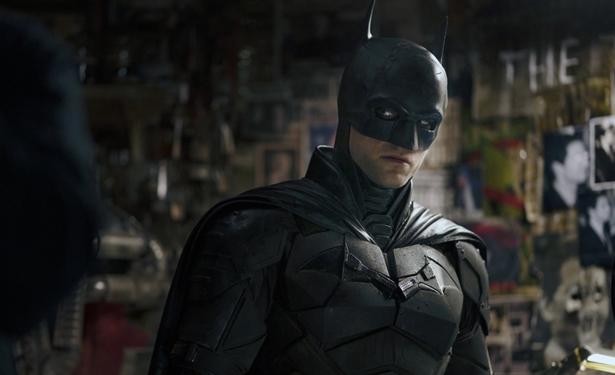 Midway through The Batman, the latest adaptation of the DC Comics superhero, we see the character in a familiar scene: Orphaned tycoon Bruce Wayne (Robert Pattinson) attends a social event populated by the rich and powerful of Gotham City. It’s an eclectic bunch; in attendance is everyone from politicians and business leaders to mafia dons.

Batman is almost always aligned with the police force, acting as an extra-legal agent called upon to do the cops’ dirty work whenever they flick on the Bat-Signal.

But as the camera follows Wayne sifting through the crowd, looking for signs of the next attack from the murderous Riddler (Paul Dano), the camera pans to something rarely shown in Batman movies: poor people. Some of them have come to protest the city’s rampant inequality, while others simply want to take part in the spectacle. Whatever their interest, all members of the hoi polloi are pushed aside by police barricades, keeping the way clear for the VIPs.

When Wayne leans against a barricade to watch the attendees, a voice over the loudspeaker praises Gotham’s social safety net programs. Someone behind the barricade mutters a rebuke: “What good is a safety net that doesn’t catch everybody?”

Wayne doesn’t answer, but he clearly heard the man’s complaint, as did the audience. This attention to the voice and dignity of the lower classes is something very new for Batman movies.

While Superman made his debut disrupting state executions and punishing abusive husbands, Batman began as a champion for the upper class. His first adventure in 1939’s Detective Comics #27 found Batman stopping an impoverished social climber from murdering his well-off partners. 1940’s Batman #1 reveals Batman’s origin as the victim of a street thug who killed his rich parents.

Such class distinctions are hallmarks of Batman’s adventures. Throughout the character's eighty-three-year history, the  majority of his cases have involved theft or property damage. Even his colorful arch-nemeses the Joker and the Penguin are robbers more than they are murderers or terrorists. Even worse, Batman is almost always aligned with the police force, acting as an extra-legal agent called upon to do the cops’ dirty work whenever they flick on the Bat-Signal.

To be sure, creators over the years have tried to finesse Batman’s social vision. Later stories have framed the Caped Crusader as a friend of the oppressed, fighting a Reaganite Superman or using his wealth to rebuild ravished urban areas. But no matter how hard they tried, these stories still focused on a rich man who maintains the social order rather than challenging it, either by himself or with a small band of sidekicks.

That issue has been particularly clear in the various film adaptations of Batman. The movies sometimes acknowledge Bruce Wayne’s privilege and economic obliviousness, as when Bruce Wayne (Christian Bale) admits in 2005’s Batman Begins that he “lost many assumptions about right and wrong” when he had to steal to prevent starvation. Similarly, the sympathetic Bruce Wayne of the animated movie Batman: Mask of the Phantasm (1993) sees his vigilantism as reconstructive, the only way to remake a broken system.

More often than not, however, Batman movies focus on the exploits of the rich and powerful, treating the underprivileged as dangerous rubes. The evil plot of the Joker (Jack Nicholson) in 1989’s Batman involves raining money in the streets, stoking class warfare as a means to destabilize the city.

During his villainous monologue, Batman Begins baddie Ra’s al Ghul (Liam Neeson) reveals that he and his organization used economic disparity as a weapon to tear Gotham apart. Whatever progressive merits this plot point may have are undercut by the implication that al Ghul was stymied by “good men,” including industrialist Thomas Wayne, who improved the world through philanthropic works.

Batman seems ready to be a hero who fights against real villains, not petty robbers and graffiti artists, but the police who use unchecked force and the rich who hoard wealth.

This concept of the lone good man doing good works within a capitalist system remains a sticking point in Batman stories, even when they want to have a more nuanced look at issues such as wealth inequality and excessive policing.

2012’s The Dark Knight Rises revolves around an untrustworthy police force and the dangers of rampant capitalism, as Gotham City finds itself overrun by a violent revolutionary called Bane (Tom Hardy). But by the end of the movie, Batman has overcome all obstacles to lead an army of good policemen down Gotham’s streets, where they battle with the rabble duped by Bane’s “class war” rhetoric.

Nowhere is Batman’s “Scarlet Pimpernel” problem clearer than in The Batman. As the mystery unfolds, Batman discovers that Riddler’s murders and puzzles serve to educate the populace about the hypocrisy and corruption among the upper classes. “Soon, Gotham’s true nature will be unveiled,” the Riddler bellows to his Internet followers, revealing new evidence about elected officials and police officers who use the law to shore up their own power and disenfranchise citizens.

Often, The Batman director Matt Reeves and co-writer Peter Craig seem sympathetic to the Riddler’s position. Throughout Gotham’s dingy, dilapidated streets, we see musty signs touting an urban renewal plan that only further enriched the upper class. Cinematographer Greig Fraser shoots the penthouse home Wayne inherited from his family like a mausoleum, an empty burnished shell that speaks of decadent decay. Bruce’s family home, Wayne Manor, served as an orphanage after his parents donated to the city. But it’s now a derelict building, a flophouse filled with drug addicts.

On an even more daring level, Reeves and his collaborators seem willing to question Bruce Wayne’s privilege. The camera watches as Batman looks at disconnection notices littering the kitchen table of Selina Kyle (Zoë Kravitz), staring at the papers as if he just found some mythical artifact.

The Riddler’s clues suggest corruption on the part of Thomas and Martha Wayne, implicating Bruce as the benefactor of inequality. One of the movie’s standout action sequences finds Batman escaping from a police station, battling through a battalion of cops who want to brutalize him. He gets away only by launching from the roof in a glider, eventually crashing to the ground.

Throughout The Batman, as we watch the hero rise from the gutter, still reeling from his encounter with the police, there’s hope that Batman can finally overcome his origins. In those moments, Batman seems ready to be a hero who fights against real villains, not petty robbers and graffiti artists, but the police who use unchecked force and the rich who hoard wealth. He seems ready to take on the systemic injustice that allows these crimes to flourish.

However, it’s only a feint. By the end of The Batman, all has been restored. We are assured that Bruce Wayne is a good rich person who uses his wealth in the right way. We’re assured that, despite the many corrupt cops in Gotham’s police system, there are still men like Lieutenant Jim Gordan (Jeffery Wright).

As long as Batman movies return to this status quo, all of their pretensions toward acknowledging the evils of corrupt policing and inequality are simply special effects, no more realistic than the Penguin or the Joker.

But if Batman could overcome his origins to become a figure that points to police abolition or tangible reform, accountability for the elite class he himself is part of, and the redistribution of wealth in a genuine effort to bring lasting social equity to Gotham, then he could truly be a hero for our times.

Joe George is a pop culture writer whose work has appeared in Polygon, Slate, Den of Geek, and elsewhere. You can follow him on Twitter at @jageorgeii and read more at joewriteswords.com.