The Different Ways That the U.S. and Chinese Governments Use Their Power To Regulate Capitalism

Will the social necessity for the state "wither away"?

May 1, 2022 Richard D. Wolff CounterPunch
Printer friendly
The Different Ways That the U.S. and Chinese Governments Use Their Power To Regulate Capitalism Published May 1, 2022 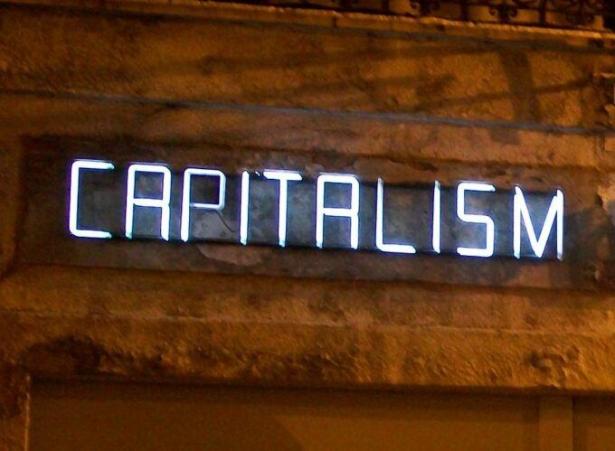 Russia’s war on Ukraine both reflects and deepens a global split that should remind us of Karl Marx’s famous remark: “No social order ever disappears before all the productive forces, for which there is room in it, have been developed; and new higher relations of production never appear before the material conditions of their existence have matured in the womb of the old society.” The United Kingdom already lost its particular social order—its empire—while the United States is now losing its.

The role of the state is central to this decline of capitalism in one area and form and its ascent in another area and form. In the West, the relation between capitalism, and especially its defenders and ideologues, on one side, and the actuality of the state apparatus, on the other, is hypocritical. Endless hostility toward and denunciations of the state match systematic reliance on and support for strong state apparatuses and the economic interventions imposed by them (especially to help manage capitalism’s endlessly recurring crises). Consider the parallels with the endless rejections of racism in societies that institutionally reproduce that racism or with celebrations of family within societies that systematically undermine them.

The need to denounce what the system relies on has tangible effects. Western capitalist economies are declining in good part because they throw obstacles in the way of their states’ participation in managing their economies. The developing economies, such as China, have strikingly avoided that pattern. Their defenders and ideologues celebrate their states’ powerful economic management position even when they criticize a particular policy or official. It is how they explain China’s ability to grow its GDP three times faster than the United States consistently over the last generation.

Part of China’s embrace of a strong state emerged from its affiliations with the USSR and the history of socialism in the 19th and 20th centuries. Most socialists then ascribed to one or another version of the idea that the transition from capitalism to socialism required the workers to seize the state via ballots or bullets. The state became key to this transition to a socialist system. Many socialists advocated strong state apparatuses on the basis of what they hoped such states might then do, namely make the social transition to socialism beyond capitalism, i.e., beyond the employer/employee production relationship. Yet those states, where and when socialists achieved power, proved to be limited. They never accomplished that transition beyond short-lived experiments. Ever since, socialists have analyzed and debated the lessons of those experiments.

A more basic and important cause of today’s developing state capitalism is the history of capitalism itself. Its earliest incarnations in Western Europe emerged from and against the strong states of dying feudalism (as seen in Europe’s “absolute monarchies”). Early capitalisms had thus strongly advocated against strong state commitments in concepts such as “laissez-faire,” “free enterprises,” and “free markets.” When British and then U.S. capitalisms achieved profitable global empires, they credited their professed success to their anti-statism. The hypocritical tendency of this claim resurfaces in the fact that it was their state apparatuses whose military arms acquired and secured their colonies and whose administrative arms ruled them.

Competing capitalist empires produced catastrophic world wars and global economic crashes. They learned the need to increasingly rely on, fund, and legitimize strong states. That learning found expression in various fascistic impulses and movements, in Keynesian economics, and in the ever-greater popularity of socialist interpretations of what strong states could and should do. As the earlier Western capitalisms accommodated ever-stronger states, their ideologues’ anxiety and ambivalence about doing so generated imaginary reasons for rejecting what was happening. Ayn Rand’s influence, libertarianism, and free market advocacy spread and got louder in proportion to the system’s movement in the opposite direction. Where socialists today decry the global economy as “capitalist,” these libertarians insist that it is not genuinely capitalist enough (or not capitalist at all) precisely because the state has so much power over the economy.

After World War II, the majority of the world that broke free of colonial subjugation immediately embraced strong states in their Keynesian or socialist forms to accomplish the “economic development” that they prioritized. Western capitalism was yet again torn in its ambivalence. Capitalists wanted to grab the profits of rapid growth. Ideologues warned against the strong states in the “emerging economies” as the leaders of that growth. The result was a global resurgence of both strong-state-led economic growth on the ground and intense ideological reversion to anti-statism. No wonder the name “neoliberalism” stuck to the time.

Both old Western capitalisms and the newer mostly Eastern capitalisms have evolved considerably over the last generation. Those evolutions are now offering a limited resolution for the inherited tension between actually enhanced social tendencies toward strong state capitalisms and the remaining ideological objections thereto. Everywhere, even in the United Kingdom and the United States, those ideological expressions are weakening. The strong states are now increasingly advocated by “conservatives” such as former U.S. President Donald Trump and current British Prime Minister Boris Johnson, as well as social democrats and liberals. China’s economic performance has carried the day even as Western capitalists try not to admit that publicly.

Russian-born economic historian Alexander Gerschenkron noted in his 1962 Economic Backwardness in Historical Perspective that the state becomes more crucial to capitalist development the later capitalism settles in as a region’s dominant economic system. His notion needs to be amended and extended globally in light of the last 60 years of history. In China, a powerful state apparatus combines with a powerful political party apparatus to supervise and control an economy divided into private capitalist enterprises (private individuals as employers and employees) and public capitalist enterprises (state officials as employers and private individuals as employees). China’s performance not only of economic growth but also of remarkable initial control over containing the spread of COVID-19 suggests that the final stages of capitalism may well be in the state-capitalist forms such as the form the Chinese have developed. The state can transform “backward” forms of capitalism into more “advanced” forms.

Before a post-capitalist system (where the employer/employee relation gives way to democratized workplace organizations that reject the employer/employee division) can take hold, the state-capitalist form enables the system’s productive forces to be most fully developed. We are living through that period right now. We might add that the social left thus finds itself in a situation rather like what it faced at the end of the 19th and early 20th centuries with an important difference: The socialist left now, as during earlier centuries, advocates for an economic system that does not yet exist in any nation.

However, the socialist left does so with the knowledge of what happened to those experiments in socialism that turned out to be and still are forms of state capitalism. Hopefully, 21st-century socialism will not need to repeat those experiments. It can attend to what they lacked, namely the transition at the micro level of workplace organization. That means transitioning enterprises (factories, offices, and stores) from the employer-versus-employee organization to the democratic community (or worker cooperative) organization. The state that achieves that transition will thereby accomplish the end of the capitalist social order. With it might then come that decline of a social necessity for the state that Vladimir Lenin theorized as its “withering away.”

Richard Wolff is the author of Capitalism Hits the Fan and Capitalism’s Crisis Deepens. He is founder of Democracy at Work.

The Independent Media Institute (IMI) is a nonprofit organization that educates the public through a diverse array of independent media projects and programs. We work with journalists and media outlets to shine a spotlight on stories that are vital to the public interest, using multiple media formats and distribution channels. Donate.