May 16, 2022 Carissa Wong New Scientist
Printer friendly
Emphysema Missed Among Black Men in US Due to Race-Adjusted Lung Tests Published May 16, 2022 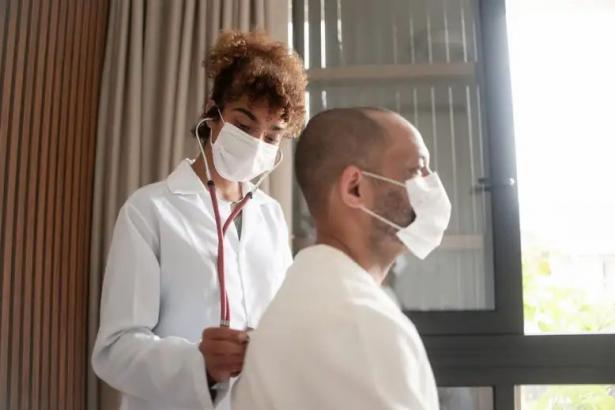 Black men in the US may be deemed healthy when they have emphysema, ATS

Black men in the US who are in their fifties may be more than six times more likely than white men of the same age to have emphysema when lung function tests deem them to have better-than-normal lung function. The findings highlight the need to remove calculations that account for race in medical tests in order to tackle health inequalities.

Emphysema is an irreversible condition in which tiny air sacs – called alveoli – in the lungs are damaged by toxic chemicals from smoking and air pollution, causing shortness of breath. Diagnosis involves tests that assess a person’s ability to inhale and exhale, and current treatments provide symptom-relief through drugs that expand the airways.

However, the standard lung function tests used by doctors to assess someone’s lung health are calibrated according to a person’s race based on unfounded ideas that there are inherent biological differences between people from differing ethnic groups.

Read more: Does population genetics have a racism problem, even today?

Liu and her colleagues analysed medical data from a total of 2674 Black and white people in the US in their fifties who had taken part in a separate study into cardiovascular disease. By looking at pictures of the participants’ lungs, which were taken in 2010, and the results of race-adjusted breathing tests the participants took in 2015, the team established how well the lung function tests flagged up emphysema in all participants.

The team then removed the race-based adjustments applied to the lung test data collected in 2015. Doing so removed the problem: no Black men with emphysema were incorrectly classed as having above normal lung function. The researchers presented their work at the ATS 2022 conference.

“I think the evidence shows we really need to stop using race-adjustments in lung tests. Over the past few years the evidence is growing – they are contributing to racial disparities in healthcare,” says Liu.

New Scientist is the world’s most popular weekly science and technology publication. Our website, app and print editions cover international news from a scientific standpoint, and ask the big-picture questions about life, the universe and what it means to be human. If someone in the world has a good idea, you will read about it in New Scientist.

Since the magazine was founded in 1956 for “all those interested in scientific discovery and its social consequences”, it has expanded to include newsletters, videos, podcasts, courses and live events in the UK, US and Australia, including New Scientist Live, the world’s greatest festival of science. New Scientist is based in London, UK, with offices in the US and Australia.