Millions for misinformation, and the death toll for journalists 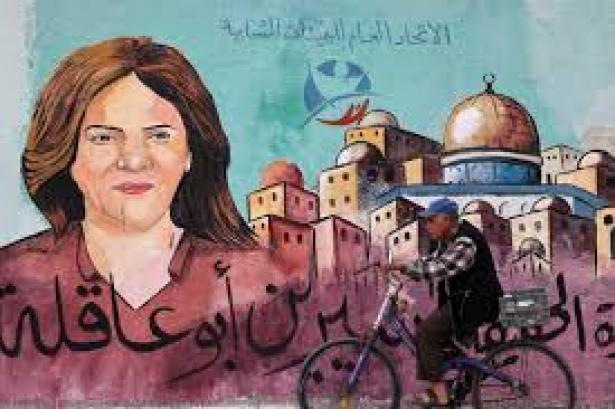 Sherine Abu Akleh was an inspiration for a generation of Palestinian women journalists. Credit,Mohammed Abed/AFP

Stocks, bonds and other assets have tumbled in recent weeks as investors fear the Federal Reserve will need to raise interest rates aggressively to fight inflation, raising the prospect of a recession. The falls in broader markets have affected cryptocurrencies, with Bitcoin down more than 20% in the past two weeks.

The Facebook Papers is a trove of documents that offer an unprecedented look inside the most powerful social media company in the world. The results of a poll commissioned by Facebook itself showed what already felt anecdotally true to many: That a majority of Americans believed Facebook at least partly responsible for the events of Jan. 6.

Five GOP senators suggested that parents’ “rightfully expressed outrage” should be directed beyond the classroom and at broadcasters for creating children's shows with LGBTQ characters and storylines. It also argued that content on sexual orientation and gender identity “harms child actors.”

Murdoch and Putin Prop
By Nick Cohen
The Guardian

If the west could find the courage, it would order an immediate freeze of Rupert Murdoch’s assets. His Fox News presenters and Russia’s propagandists are so intermeshed that separating the two is as impossible as unbaking a cake.

The EU Commission announced recently that Parliament and Member States had come to a “swift political agreement” on the proposed Digital Services Act (DSA). It establishes an “unprecedented new standard” for online platforms, and will force them to share how their algorithms work, remove illegal goods and content quickly, and crack down on misinformation.

The ad identifier - aka “IDFA” on iOS, or “AAID” on Android - is the key that enables most third-party tracking on mobile devices. Disabling it will make it substantially harder for advertisers and data brokers to track and profile you, and will limit the amount of your personal information up for sale.

In October 2021, President Joe Biden nominated Gigi Sohn to serve on the Federal Communications Commission. Sohn is a career tech watchdog and former FCC staffer. Sohn hasn’t been confirmed by the Senate—a delay of over six months since her nomination. Republicans, with their stall tactics, may have found a way to kill net neutrality.

A strange trend is taking place on British television: Opinionated American-style television channels have appeared for the very first time. If you watch GB News on any given night, you’ll see regular features about so-called “cancel culture” and “wokeism,” as well as a show hosted by the far right leader Nigel Farage.

Diversification in the News Room
By Kyra Kyles
Current

Despite some improvements in terms of bringing on board more staffers of color and a righteous proliferation of BIPOC-led outlets, the media industry as a whole is nowhere near as rich with diverse perspectives as one would imagine. It is possible to transform newsrooms across America at a rapid pace befitting this moment in our history.