A new government database tracking people's pregnancies in Poland is sparking fears that medical data will be used to prosecute women who obtain abortion care in other countries or get abortion pills in the mail, or target women who have miscarriages

People attend a protest in Krakow, Poland on November 7, 2021 after the death of a 30-year-old woman, Iza, of septic shock in her 22nd week of pregnancy. Iza was denied abortion care despite her condition and that of her unborn baby.,Photo: Beata Zawrzel/NurPhoto // Common Dreams
"First comes the ban, and then the mechanism for enforcement follows."

Health Minister Adam Niedzielski approved an ordinance last Friday expanding the kind of information that can be stored in a central database on patients, including allergies, blood type, and pregnancy status.

Tracking pregnancies in the country is necessary, Niedzielski claimed, so doctors know if a woman shouldn't receive certain medications or x-rays.

But in a country that banned abortion care in almost all cases in 2020—with exceptions theoretically in the case of health risks to the pregnant woman or of a pregnancy that results from rape or incest—Parliament member Kamila Gasiuk-Pihowicz said Tuesday that the register would be used to "persecute and control Polish women."

"Polish women no longer get pregnant for fear of being forced to give birth in any situation. The reasons for fear have just arrived," said Agnieszka Dziemianowicz-Bąk, another left-wing lawmaker. "The pregnancy registry in a country with an almost complete ban on abortion is terrifying."

The register will make it more difficult for Polish women to get around the abortion ban by ordering medication to induce an abortion or to travel to other European countries for care, as many have since the law was passed, said journalist Elizabeth Schumacher. 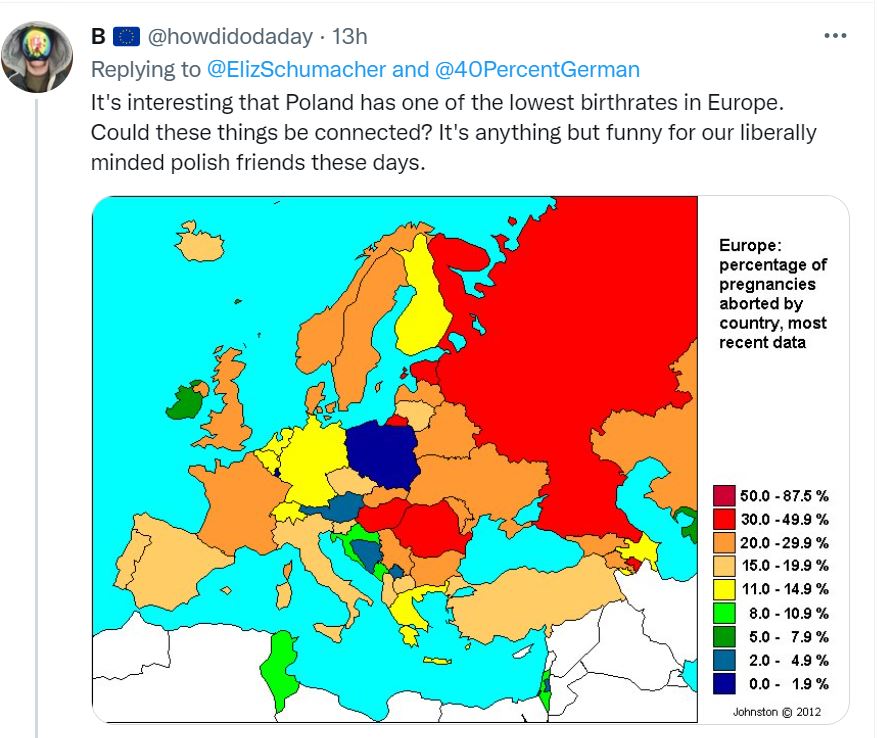 Abortion Network Amsterdam, a network of volunteers in the Netherlands which provides financial and logistical support to people seeking abortions, said it would still "help each and everyone who is seeking abortion." 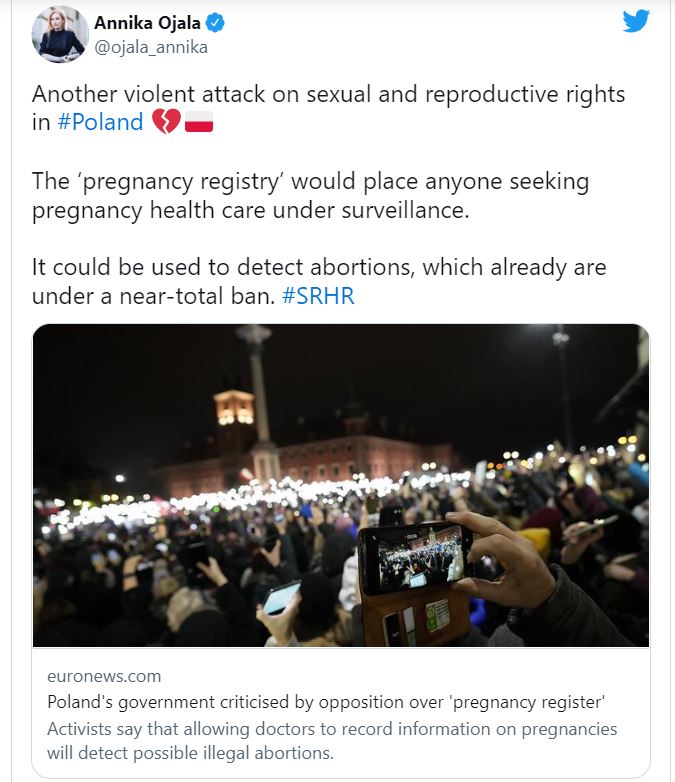 Despite the Polish abortion ban's exception for women whose lives or health are at risk, at least two women have died in recent months because they were denied abortion care.

Poland's rollback of abortion rights comes as the U.S. has also seen restrictions passed in a number of states in recent years and as the U.S. Supreme Court is expected to overturn Roe v. Wade in the coming weeks—a move which would render abortion illegal in more than 20 states.

The Polish pregnancy register, said Pamela Merritt, executive director of Medical Students for Choice in the U.S., illustrates "the logical next step after abortion bans and criminalization."