labor Across the Country, Starbucks’s Anti-Union Push Is Getting Worse

Starbucks is doing everything it can to stifle, delay, and repress the new union Starbucks Workers United — despite an order by a federal judge to cease and desist its myriad and repeated violations of labor law. 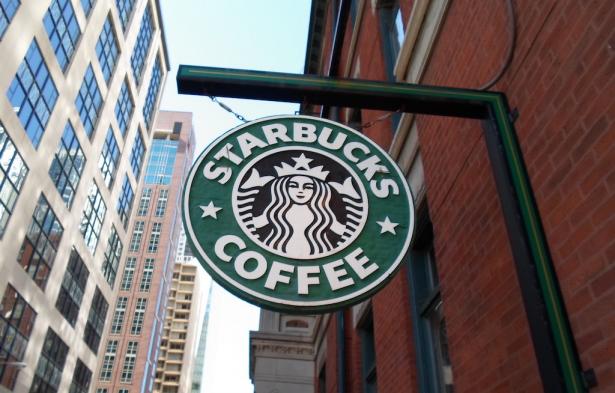 Starbucks’s continuing efforts to stop a year-long union drive at its coffee shops in the United States is in full steam. Nearly one hundred workers, including at least twelve in the last month, have now been fired.

Last weekend, five workers were fired in Anderson, South Carolina. Three of them — Aneil Tripathi, Jon Hudson, and Rhi Greer — had taken part in a “march on the boss,” in which workers collectively present a set of demands to their manager, on August 1. The manager deemed the action “kidnapping” and “assault,” and pressed charges against the workers. They and eight others were suspended indefinitely when Tripathi, Hudson, and Greer were fired. “They’ve gone full throttle,” says Hudson, the former barista.

The workers were told by management that they were fired for being in the store after hours over a month ago. Tripathi, Hudson, Greer, and others had been getting the story ready for business the next shift after their second strike. “We were literally showing responsibility and helping the store,” says former shift supervisor Tripathi.

Two other baristas who had not been suspended were fired as well, for a total of five at the store — more than a quarter of its workforce. Workers at the Anderson store unanimously voted to unionize in late May and have since held two strikes in addition to a march on the boss.

In Westford, Massachusetts, two Starbucks workers at a recently unionized store lost their jobs because management decided to enforce a rule that workers need to be available during the academic year even if they are away. Starbucks Workers United (SBWU) Massachusetts said in a release, “Management has committed in the past to allowing students to remain on the payroll while away at school and enabling them to return to work during summer and winter breaks.”

The union argues that the move, as well as other steps like understaffing and “severe hour cuts” are retaliation for the store having unionized. In addition to cutting income, hours cuts can eliminate access to Starbucks’s health insurance. “I’ve been at this store for over a year and during that time many things have changed — unfortunately for the worst. We’ve lost many good partners and customers due to these changes,” said barista Vicky Coyne in the release. As a result, the Westford store’s workers went on strike over Labor Day weekend.

In Ithaca, an entire unionized store was shut down, ostensibly for safety reasons, and three workers were fired in August. SBWU has pointed out that union stores have been shut down at a disproportionate rate in recent months. One of the former Ithaca workers, Gwendolyn McKeon, was also fired for not expanding her availability. This happened even though, according to Evan Sunshine of Ithaca SBWU, Starbucks’s new availability policy is not enforceable at union stores. The remaining two Ithaca stores went on strike in late August for nearly a week to protest all three firings.

Two additional workers were fired in Buffalo last month: Sam Amato and Allegra Anastasi. Between the two, they had twenty years of work experience at Starbucks. SBWU says they were fired for union activity. In response, the union and its allies held an informational picket at the twenty Starbucks stores across the Buffalo region Tuesday.

There are now over two hundred company-run Starbucks stores unionized in the United States, but the rate at which new stores are unionizing has slowed in recent months from the pace of early 2022. This may be related to Starbucks’s union-busting.

For example, at the end of last year, the company sent about a hundred additional managers to the Buffalo market to assist in captive audience meetings, one-on-ones, and other tactics to sway baristas away from supporting the union. After that maneuver did not prevent the union from expanding nationally, Starbucks brought back anti-union CEO Howard Schultz for another tour of duty. Schultz had stepped away as CEO but helmed Starbucks when it originally pushed its workers to disband their existing unions decades ago.

The latest firings show no shifts in Starbucks practices to stifle, delay, and repress the emergence of Starbucks Workers United, despite an order by a federal judge to cease and desist from violations of labor law.

But although the union’s growth has slowed, it’s winning victories and organizing more militant actions. The federal judge who issued the cease and desist to Starbucks also ordered reinstated the “Memphis 7,” seven workers who were fired for organizing in Tennessee. And in Boston, a store has been on open-ended strike for about seven weeks, by far the longest strike in Starbucks Workers United’s brief life.

The union is still winning elections at a strong clip even though the rate of filings has slowed. SBWU has won 85 percent of the elections that have been certified so far. Despite the company’s best efforts, Starbucks has not squeezed the life out of this union drive yet.

Saurav Sarkar is a freelance writer based in metro New York.