The Fed Should Pause Interest Rate Rises as US Inflation Slows

It would be irresponsible to create much higher unemployment – and the US economy could be pushed into recession. There is a strong argument for the Fed to take a break from its aggressive monetary-policy tightening. 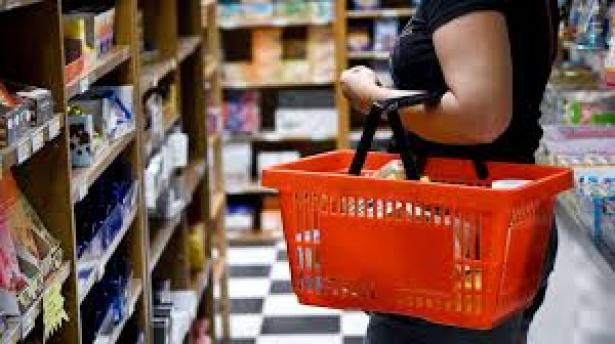 The US Federal Reserve Board will meet again on 20-21 September, and while most analysts expect another big interest-rate rise, there is a strong argument for the Fed to take a break from its aggressive monetary-policy tightening. While its rate increases so far have slowed the economy – most obviously the housing sector – their impact on inflation is far less certain.

Monetary policy typically affects economic performance with long and variable lags, especially in times of upheaval. Given the depth of geopolitical, financial and economic uncertainty – not least about the future course of inflation – the Fed would be wise to pause its rate rises until a more reliable assessment of the situation is possible.

There are several reasons to hold off. The first is simply that inflation has slowed sharply. Consumer price index (CPI) inflation – the measure most relevant to households – was zero in July, and it is likely to have been zero or even negative in August. Similarly, the personal consumption expenditure (PCE) deflator – another often-used measure based on GDP accounts – fell by 0.1% in July.

Some will be tempted to credit tight monetary policy for this apparent victory over inflation. But that argument commits the post hoc ergo propter hoc fallacy (to assume that because A happened before B, A must have caused B) and confuses correlation with causation. Moreover, most of the main factors behind today’s inflation have little to do with curbing demand. Supply-side constraints drove inflation higher, and now supply-side factors are bringing inflation back down.

To be sure, many economists (including some at the Fed) expected the supply-side interruptions from Russia’s war in Ukraine and the pandemic to be overcome very quickly. In the event, they were wrong, but only about the speed at which conditions would normalise. Much of this failure was understandable. Who would have thought that America’s storied market economy would be so lacking in resilience? Who could have foreseen that it would experience critical shortages of baby formula, feminine hygiene products and the components needed to produce new cars? Is this the US or the Soviet Union in its dying days?

Moreover, before Vladimir Putin started massing troops on the Ukrainian border late last year, no one could have predicted that there would be a major land war in Europe. And now no one can predict how long the war will last, or how long it will take for political leaders to stop the price spikes associated with it (some of which are simply the result of price gouging – “war profiteering”).

Still, the overall inflation story is simple: Many of the supply-side factors that drove prices higher earlier in the recovery are now being reversed. Notably, the CPI gasoline index plunged by 7.7% in July, and private indices suggest a comparable decline in August. Again, this price reversal was predictable and predicted; the only uncertainty concerned the timing.

Other prices are following a similar pattern. In July, the core CPI (which excludes energy and food) rose by a relatively modest 0.3%, and the core PCE deflator rose by just 0.1%. That suggests an easing of the backlog of imported goods – the problem behind those empty store shelves and business disruptions earlier in the pandemic.

Recent data support this inference. The Federal Reserve Bank of New York’s global supply chain pressure index has fallen sharply from its peaks last fall to just above where it was before the pandemic. While shipping costs are still well above pre-Covid levels, they are down almost 50% from last autumn’s peaks and likely to keep falling. After soaring during the pandemic and in the early months of Russia’s war, the prices of a wide range of commodities have fallen to pre-pandemic levels. The Baltic dry goods index, for example, is below its average level for 2019.

Auto manufacturers have also overcome the problems created by the worldwide semiconductor shortage. According to the Fed’s industrial production index, motor-vehicle output was actually above its pre-pandemic level as of July.

After a year of getting a lot of bad news about inflation and the supply-side factors behind it, we are starting to get a lot of good news. And while no one would suggest monetary policymaking should rest on just two months of data, it is worth noting that inflation expectations have also moderated, with the University of Michigan consumer sentiment index and the New York Fed’s survey of consumer expectations edging downward in July.

The standard justification for Fed policy tightening is that it is needed to prevent a cycle of self-fulfilling expectations, with workers and businesses coming to expect higher inflation and setting wages and prices accordingly. But this cannot happen when inflation expectations are declining, as they are now.

Some analysts have suggested the US needs a long period of higher unemployment to get inflation back down to the Fed’s target level. But these arguments are based on the standard Phillips curve models, and the fact is that inflation has parted ways with the Phillips curve (which assumes a straightforward inverse relationship between inflation and unemployment). After all, the large rise in inflation last year was not due to a sudden large drop in unemployment, and the recent slowdown in wage and price growth cannot be explained by high unemployment.

Given the latest data, it would be irresponsible for the Fed to create much higher unemployment deliberately, owing to a blind faith in the Phillips curve’s ongoing relevance. Policymaking is always conducted under conditions of uncertainty, and the uncertainties are especially large now. With inflation and inflationary expectations dampening, the Fed should be assigning more weight to the downside risk of additional tightening: namely, that it would push an already battered US economy into recession. That should be enough reason for the Fed to take a break this month.

[Joseph E Stiglitz is a Nobel laureate in economics, university professor at Columbia University and a former chief economist of the World Bank.]