About Those “LA Audio Tapes” and How To Heal Los Angeles: We Have Questions

While the timing of the release raises questions, we must not forget to ask: Who benefits? Why was it made? Who released the audio? Who made it? What was their goal? Do we really want to heal? 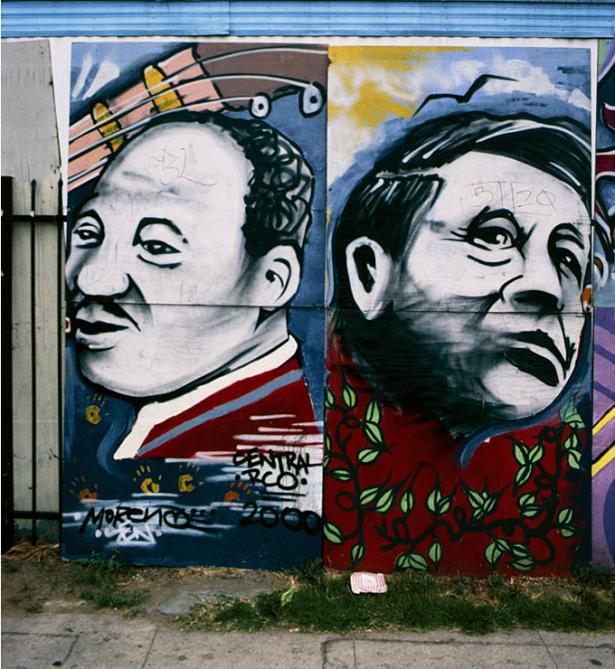 We know the social, political history and the core values of Martinez, Cedillo, De Leon and Herrera. Cedillo, along with former Mayor Villaraigosa, and Senator Durazo were all part of CASA, a national immigrant workers’ rights organization, which fought from 1972 to 1986, to gain amnesty for all immigrants in the US with the passing of the 1986 Amnesty IRCA Law signed by then President Reagan. In1994 Cedillo, then the leader of SEIU Local 660, along with the LA Federation of Labor spearheaded the fight against Governor Wilson’s anti-immigrant Proposition 187. All of the elected Mexican/Latina(@) officials participated in the mega immigration marches in 2006,  including the now famous “Day Without An Immigrant” on May 1, 2006 where over 1.5 million people marched in the streets of Los Angeles, joined by millions more across the country, against the racist immigration Sensenbrenner Bill.

Cedillo, once called “ONE BILL GIL”, fought for nine years to pass a law giving undocumented workers the right to drive in the state of California. He made it safe for families to take their children to school, to shop, drive to work, to go to playgrounds, and beaches without the fear of being detained and deported.

Kevin De Leon has been an immigrant’s rights defender since his early days in the late 1980’s working at One Stop Immigration. He has been a tremendous fighter for the environment and workers’ rights in California. During De Leon’s time in the Senate, he took on President Trump and his allies on immigration and helped pass landmark legislation establishing sanctuary in the State of California. He became the target of racists and white supremacists throughout the state. He was constantly receiving death threats.

Martinez rose from the streets of the San Fernando Valley becoming a leading force fighting for environmental issues and inclusion of her neglected community in the west valley. She was elected to the LA Board of Education and finally to the Los Angeles City Council; becoming its first Mexican/Latina(@) president. 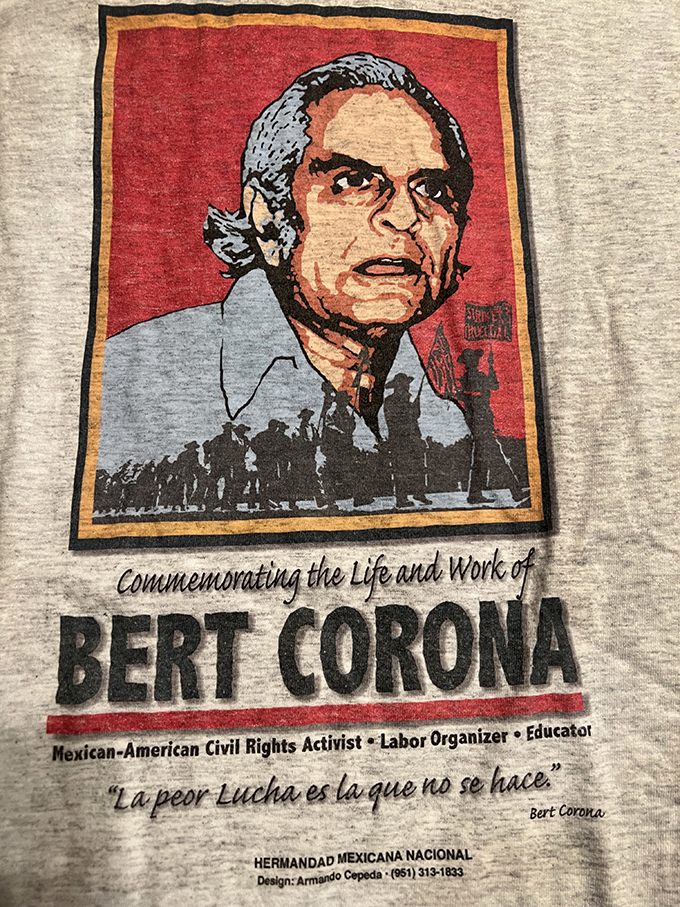 Ron Herrera has been a champion for working people for over 30 years. He grew up in the West Wilmington, a working-class union family community in the LA Port area of Los Angeles. He began working as a warehouse employee at United Parcel Service (UPS). Then he became a driver, and a Teamsters shop steward. Ron helped lead the largest strike in U.S. history, the 1997 strike of UPS workers which helped to end low-wages for part-time employees. In 2003 Herrera was elected as Secretary-Treasurer of Teamsters Local 396, the largest UPS local in the country. He later became a national leader as the first Mexican/Latino national vice president of the International Brotherhood of Teamsters. He was a key figure in the “Don’t Waste L.A.” campaign uniting environmental, community and labor leaders to create an innovative franchise that increased recycling efforts across Los Angeles and raised industry standards. It was under his leadership that during the Pandemic the LA FED served up bags of food feeding over 350,000 working families and community members throughout the LA region creating an inclusive and innovative labor movement for all workers.

The ignorant words used in the conversation they were having should not take away from all the important civil rights work and things they have fought for. Fights and programs that have advanced the wellbeing of women, immigrants, and working people in California, the City of Los Angeles, and the country. Cesar Chavez once called immigrants “Illegal Aliens” and “Wetbacks”, “Those Wets” during a congressional hearing.” Chavez later colluded with the Immigration and Naturalization Service (INS) to deport immigrants during a strike. He is still looked upon with admiration for the things he did. Why should these leaders be treated any different? This incident does not define them.

What key elements have not been written about in the heated debate taking place in the Los Angeles right now?

As Bill Gallegos and Bill Fletcher Jr. point out in their excellent article: "The Racial Volcano Explodes in Los Angeles," the issue of representation is still the elephant in the room. The LA Times has framed the issue as one strictly of racism and fomented the idea of division among Angelenos. Yet the demographics of LA show clearly how under-represented communities are in the halls of power; for instance Mexicans/Latina(@)s make up about 48% of the city’s residents and only have 26.6%% representation on the LA City Council. The current three black city council districts, 8, 9,10, were left unchanged during the redistricting process in LA. So all this postering and talk about anti-black is “JUST NOT TRUE”. The discussion centered around the future of these districts where Mexican/Latina(@) and Black populations are heading in opposite directions – Mexican/Latina(@) are increasing and Blacks are moving out –  especially in the 9th.

Let’s be honest, all the LA city council members have discussions about their, and their supporters, interests now and in the future. We need to address the issue of equitable representation so governmental reflects the residents and living patterns of LA.

With just four weeks before election day, the timing of this year-old audio is no coincidence. Why did whoever released the audio wait a year to make it public? It’s a calculated attempt to damage the important electoral work being taken up by the LA Federation of Labor. Headed by Ron Herrera, the LA Fed had built, and was about to send hundreds of union workers to phone banks, and precincts to knock on doors to ensure voters could and would vote.

The audio’s release was also a deliberate attack on the Mexican/Latin(@) community, an attempt to undermine the political leadership and influence of their elected officials. Mexicans/Latina(@) are already underrepresented in the city council, board of supervisors and the board of education. The vacancies that are expected in the coming days will leave an even bigger vacuum of leadership over our community while poverty and a lack of services remain, unreported in the media stampede to create inflammatory headlines.

We need to continue to work to combat our community’s prejudices against people of color.

The solidarity of our communities dates back to the times when Mexicans helped enslaved Africans cross Texas into Mexico to escape slavery. In the 1930s Black, Latin@, and white seamstresses where organized by Guatemalan labor organizer and civil rights activist Luisa Moreno. That solidarity is as true today as it was then. We must continue the work of eradicating our own self-loathing of our indigenous people.  We can’t permit this type of thinking at all.

The audio release was further intended to open historical wounds of indigenous peoples of Mexico and the US who have traditionally not been represented in the halls of government. The comments about them were mean and a reminder that Oaxacans, like all indigenous people, are objectified and treated as if they are invisible. It is also a reminder that indigenous peoples in the US are rendered invisible in the media, totally omitted on coverage of issues of white supremacy and racism, police brutality, health, the environment, and the current crisis of the disappearance and murder of indigenous women and girls.

This was also an effort to drive a wedge and mistrust between Black and Brown communities who have worked for decades to form strong and meaningful alliances. In the last 20 years the LA Fed has played a historical role, helping build mutual trust and a working alliance around issues affecting both communities. In workplaces where race, ethnicity and gender are often used by bosses to divide workers on the job and off. The LA Fed, through its unions, has pushed for equality of pay and opportunity, strengthening workers’ rights on the job and improving the communities in which they live. Of course, work remains to be done. We still need to strengthen the bonds of our communities and those of other people of color in LA.

While the timing of the release raises questions, we must not forget to ask: Who benefits? Why was it made? Who released the audio? Who made it? What was their goal?

A broader question for LA is:  Do we really want to heal? Or do we just want to be punitive?

In order to heal we need to expose the real efforts and intent of those behind the leak. Only when this is done will we be able to regain the trust between our communities and among all Angelenos.