Already in a Hole, the Federal Reserve Keeps Digging

Unfounded Fed tightening myths are backfiring on the economy. 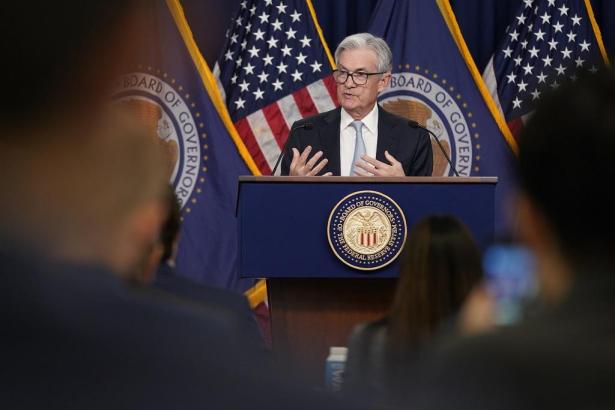 The election-season frustration of Biden officials over ill-timed economic assaults on housing and interest rates by the Fed is justified. While they do not want to politicize the Fed, someone needs to puncture the mythology driving the desperate, ill-conceived moves to address unrelated spikes in a few finished goods like food and fuel.

The comedian Will Rogers famously declared, “If you are trying to get out of a hole, stop digging.” Last week’s strong jobs report, with businesses boosting hiring in October by a more-than-expected 261,000 and accelerating average hourly earnings, suggests that the Federal Reserve needs to face the facts—unless the Fed induces a catastrophic recession, its policy levers will have limited if any impact on the presumed inflation indices it is targeting. Indeed, the Fed’s preferred inflation statistics have only accelerated upward since the start of rate hikes six months ago. 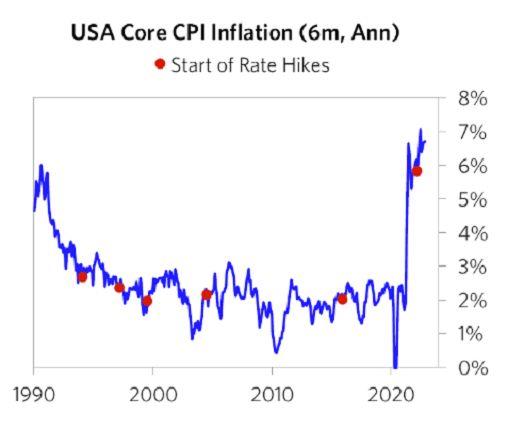 The Fed’s tool of choice—tightening monetary conditions—is a blunt, imprecise wrecking ball that serves to drain liquidity from the economy. But draining the water from the pool does not make someone a better swimmer. Chairman Powell continues to target the wrong underlying drivers of inflation: Despite his bellicose attacks on “overheated” employment levels as the source of inflation, heightened by his frustration with last week’s continuing high job creation across sectors, there is no correspondence, correlational or causal, with such data. 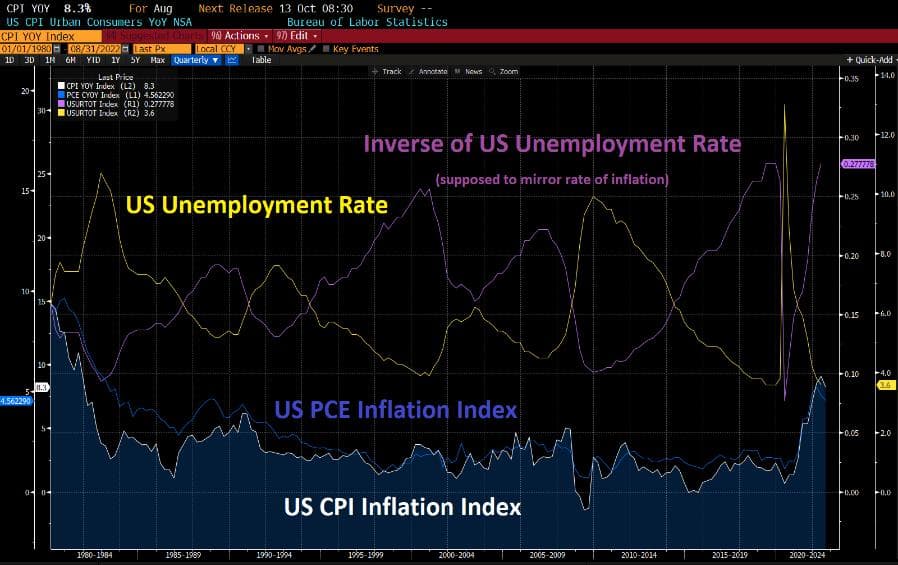 As we’ve noted before, real average hourly earnings are actually down by 3 percent year-over-year, and there has been no data, science, or track record to support the mythic Phillips Curve superstition—which suggests a relationship between unemployment and inflation—for at least 40 years. Jay Powell himself acknowledged this just a few years ago, along with macro experts, the NBER, and others. The data clearly shows the anachronism of “wage-push” inflation died in the 1970s with the diminished voice of trade unions, global labor outsourcing, and technological substitution

American workers holding jobs are not the cause of inflation, but perhaps the genuinely egregious wage inflation is in the remarkably low unemployment levels among those comfortable commentators in the chattering class calling for 10 percent unemployment. Indeed, the pace of gains for median economist salaries far outstrips inflation by 20 percent over the last decade. Even more egregiously, as reported by Forbes, the average S&P 500 CEO made 324 times more than their median workers in 2021, with CEO pay doubling over the last five years—50 times faster than the pace of inflation and 20 times the pace of shareholder returns. In fact, CEO pay rose 1,322.2 percent from 1978 to 2020 adjusted for inflation, compared to 18 percent for average workers. It is easy for these princely compensated economists and executives to divert attention from their own outsized salaries by blaming hapless American workers and pushing the Fed toward inducing job loss.

If anything, the most obvious accomplishment of Fed tightening so far seems to be stripping middle-class American families of their most important assets. The Fed has single-handedly crippled the housing market with prohibitively high 7 percent mortgage rates, despite strong underlying latent demand. Worse, this has crashed home-building despite the housing shortage in many large metropolitan areas. Not only is Fed tightening destroying housing affordability now, it is destroying it for the future.

Add to that stock market indices crashing ~30 percent since Fed tightening began, and the wealth effect has been pummeled, which will almost certainly have an impact on consumer spending and economic growth before long. 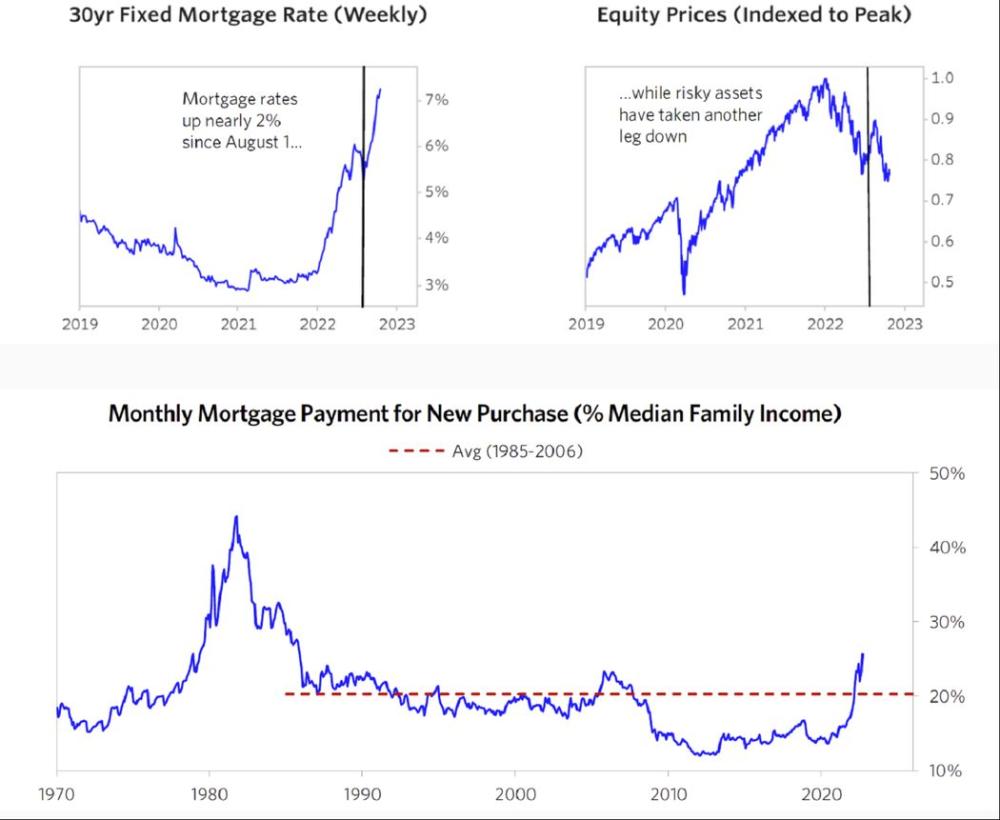 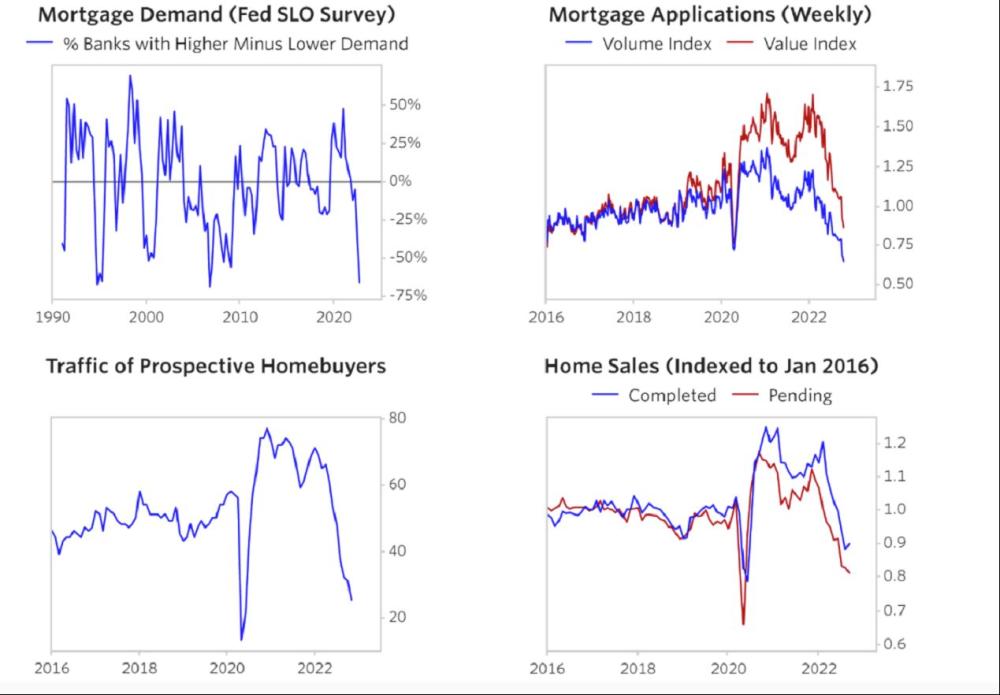 M2, a measure of the money supply, is already decelerating at the fastest pace since World War II with many commodities down 70 percent, yet inflation readings remain stubbornly high. That’s for the simple reason that many of the primary drivers of inflation are simply outside the Fed’s control. The lingering high costs in food and fuel are largely a product of (1) Russian efforts to undermine grain markets despite truly historic global bumper crops around the world this harvest, and (2) Saudi collusion with Russia in oil markets to artificially restrain oil supply even though the Saudis were already enjoying a 75 percent profit margin.

Neither of these geopolitically driven pricing matters are reachable by Fed policies. On fuel, it is also not the Fed’s fault that refineries are using the invasion of Ukraine as a pretext to price-gouge, sending refinery margins up 400 percent, adding an excess 40 percent to the price paid by consumers at the pump. 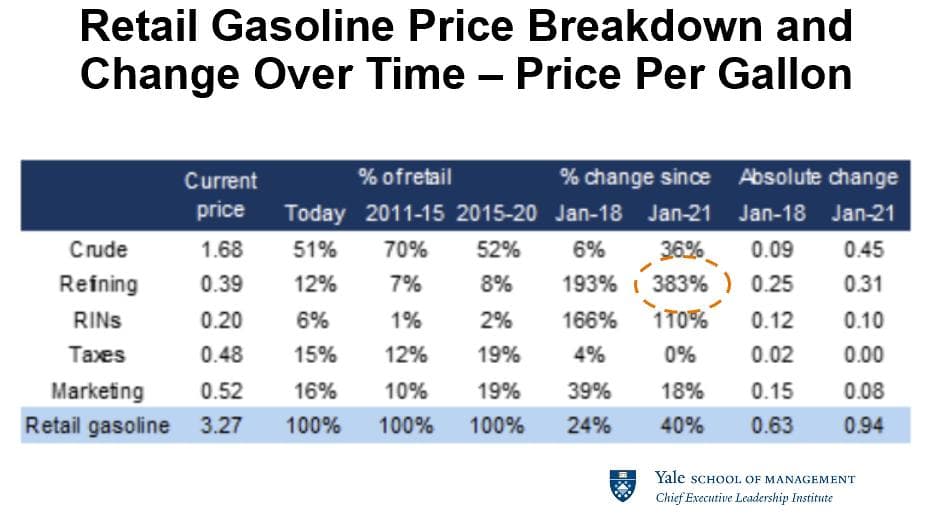 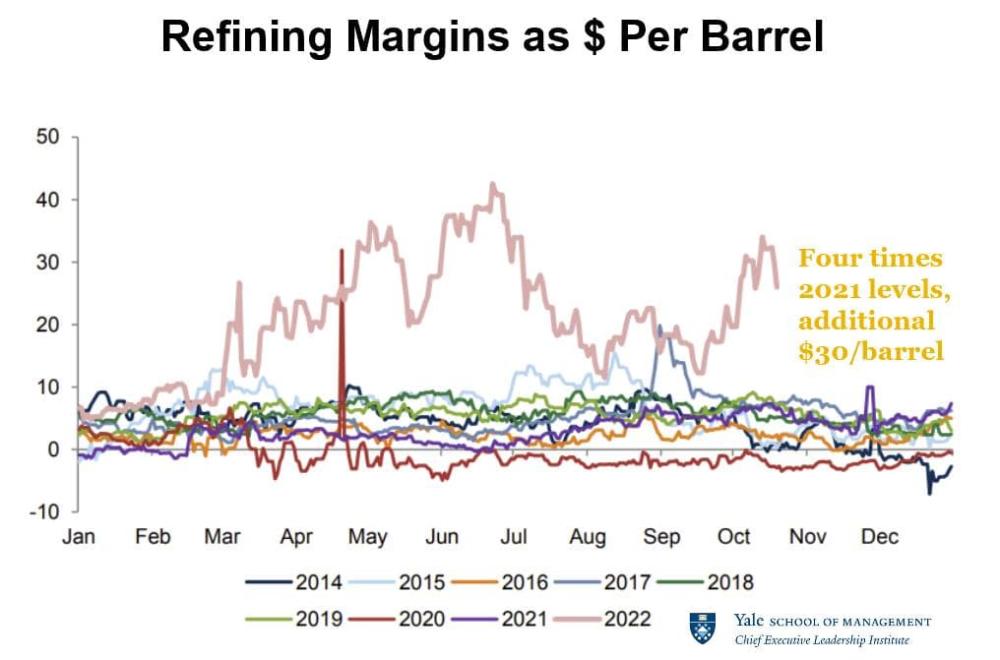 Likewise, as we know all too well from our work chronicling the unprecedented retreat of 1,000-plus global businesses from Russia practically overnight, inflationary pressures from reshoring supply chains from “just in time” to “just in case” with both redundancy and flexibility is a necessary by-product of rising geopolitical tensions, but completely outside the Fed’s reach. Nor can the Fed do much about historically low labor force participation rates or stalled immigration bottlenecks to increase labor supply.

To each of these inflationary challenges, there are policy solutions. As one example, oil supply can be increased by bringing Saudi Arabia back to the table through a rebalancing of relations, including through cutting off one-sided disadvantageous transfers of sensitive defense technology and know-how if necessary, as we have proposed with Sen. Richard Blumenthal and Congressman Ro Khanna.

But this is outside the scope of the Federal Reserve. Short of inducing a catastrophic global recession, its narrow tools cannot reach these geopolitically driven pricing matters. The Fed’s fruitless, quixotic assault on American workers needs to give way to a focus on genuine, alternative approaches to tackle the drivers of persistent inflation.

Just two years ago, we celebrated employed frontline employees as heroic “essential workers.” But now the Fed wrongly vilifies such productive, gainfully employed Americans as the source of our inflation. Instead of blaming innocent workers, let’s focus on the actual global causes of food and fuel spikes while all other domestic prices are dropping dramatically. The philosopher Abraham Kaplan referred to the Fed’s pathology as the paradox of the law of instrument, so that for a child with a hammer, everything looks like a nail. Sometimes a saw or a screwdriver makes more sense—but the Fed only has hammers.

Jeffrey Sonnenfeld is a senior associate dean and Lester Crown Professor of Leadership Studies at the Yale School of Management after 18 years at Harvard University.

Steven Tian is director of research for the Yale Chief Executive Leadership Institute, a Yale alumnus, and formerly an analyst at Rockefeller Capital Management.

Become A Member of the Prospect!

Pledge to support fearlessly independent journalism by joining the Prospect as a member today.