Chicago School Closings-Largest in US History

Never in U.S. history has a local school board - or any other board, appointed or elected - chosen to close 49 public schools. School closings are part and parcel of a strategy for remaking the American metropolis and will further cement economic inequality. "Today is a day of mourning for the children of Chicago. Their education has been hijacked by an unrepresentative, unelected corporate school board. Closing schools is not an education plan." 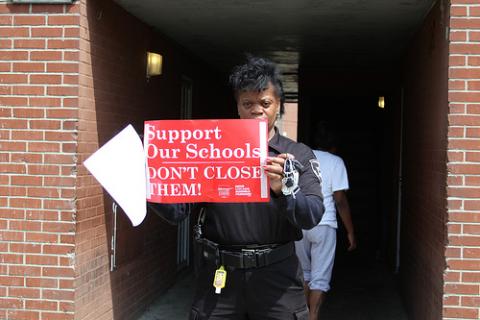