"This type of blanket data collection by the government strikes at bedrock American values of freedom and privacy. This dragnet surveillance violates the First and Fourth Amendments of the U.S. Constitution, which protect citizens’ right to speak and associate anonymously and guard against unreasonable searches and seizures..." 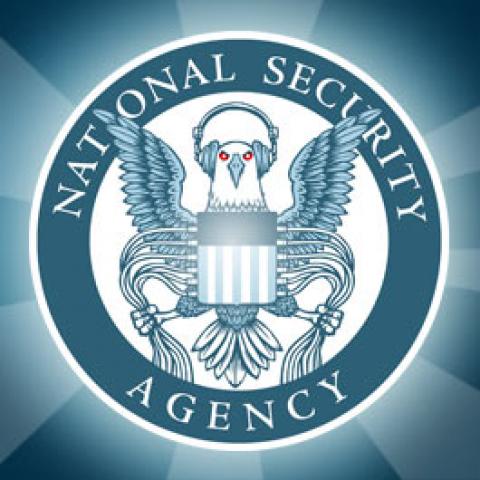 Today, a bipartisan coalition of 86 civil liberties organizations and Internet companies – including the Electronic Frontier Foundation, reddit, Mozilla, FreedomWorks, and the American Civil Liberties Union – are demanding swift action from Congress in light of the recent revelations about unchecked domestic surveillance.

In an open letter to lawmakers sent today, the groups call for a congressional investigatory committee, similar to the Church Committee of the 1970s. The letter also demands legal reforms to rein in domestic spying and demands that public officials responsible for this illegal surveillance are held accountable for their actions.

The letter denounces the NSA’s spying program as illegal, noting:

This type of blanket data collection by the government strikes at bedrock American values of freedom and privacy. This dragnet surveillance violates the First and Fourth Amendments of the U.S. Constitution, which protect citizens’ right to speak and associate anonymously and guard against unreasonable searches and seizures...

The letter was accompanied by the launch of StopWatching.us, a global petition calling on Congress to provide a public accounting of the United States' domestic spying capabilites and to bring an end to illegal surveillance.

The groups call for a number of specific legal reforms, including reform to the controversial Section 215 of the USA PATRIOT Act, the "business records" section which, through secret court orders, was misused to force Verizon to provide the NSA with detailed phone records of millions of customers. The groups also call on Congress to reform the FISA Amendment Act, the unconstitutional law that allows, nearly without restriction, the government to conduct mass surveillance on American and international communications. The letter and petition also demand that Congress amend the state secrets privilege, the legal tool that has expanded over the last 10 years to prevent the government from being held accountable for domestic surveillance.

As Mark Rumold, a staff attorney at the Electronic Frontier Foundation who focuses on government transparency and national security, says, "Now is the time for Congress to act. We don’t need a narrow fix to one part of the PATRIOT Act; we need a full public accounting of how the United States is turning sophisticated spying technology on its own citizens, we need accountability from public officials, and we need an overhaul of the laws to ensure these abuses can never happen again."

The Electronic Frontier Foundation is urging concerned netizens to join this campaign by signing their names to StopWatching.us.

Full text of the open letter:

We write to express our concern about recent reports published in the Guardian and the Washington Post, and acknowledged by the Obama Administration, which reveal secret spying by the National Security Agency (NSA) on phone records and Internet activity of people in the United States.

The Washington Post and the Guardian recently published reports based on information provided by a career intelligence officer showing how the NSA and the FBI are gaining broad access to data collected by nine of the leading U.S. Internet companies and sharing this information with foreign governments. As reported, the U.S. government is extracting audio, video, photographs, e-mails, documents, and connection logs that enable analysts to track a person's movements and contacts over time. As a result, the contents of communications of people both abroad and in the U.S. can be swept in without any suspicion of crime or association with a terrorist organization.

Leaked reports also published by the Guardian and confirmed by the Administration reveal that the NSA is also abusing a controversial section of the PATRIOT Act to collect the call records of millions of Verizon customers. The data collected by the NSA includes every call made, the time of the call, the duration of the call, and other "identifying information" for millions of Verizon customers, including entirely domestic calls, regardless of whether those customers have ever been suspected of a crime. The Wall Street Journal has reported that other major carriers, including AT&T and Sprint, are subject to similar secret orders.

This type of blanket data collection by the government strikes at bedrock American values of freedom and privacy. This dragnet surveillance violates the First and Fourth Amendments of the U.S. Constitution, which protect citizens’ right to speak and associate anonymously and guard against unreasonable searches and seizures and protect their right to privacy.

We are calling on Congress to take immediate action to halt this surveillance and provide a full public accounting of the NSA’s and the FBI’s data collection programs. We call on Congress to immediately and publicly:

1. Enact reform this Congress to Section 215 of the USA PATRIOT Act, the state secrets privilege, and the FISA Amendments Act to make clear that blanket surveillance of the Internet activity and phone records of any person residing in the U.S. is prohibited by law and that violations can be reviewed in adversarial proceedings before a public court;

2. Create a special committee to investigate, report, and reveal to the public the extent of this domestic spying. This committee should create specific recommendations for legal and regulatory reform to end unconstitutional surveillance;

3. Hold accountable those public officials who are found to be responsible for this unconstitutional surveillance.

Thank you for your attention to this matter.