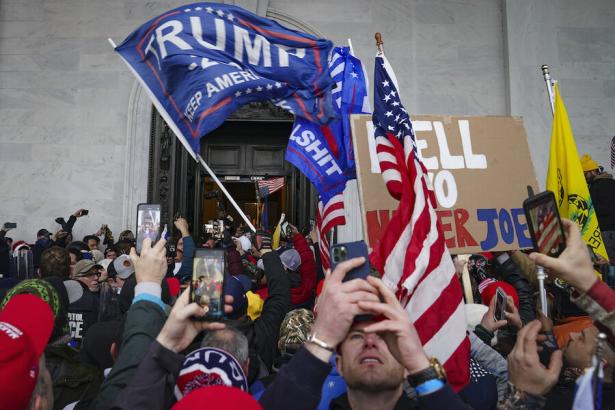 Is Apple ‘Too Powerful’?
By Cory Doctorow
Electronic Frontier Foundation

As far as Apple - and Facebook, and Google, and other large tech companies - are concerned, we’re entitled to just as much privacy as they want to give us, and no more.

More people in states with heavy restrictions will turn to search engines and social media to figure out how now to manage their reproductive decisions. The number of false and misleading statements online about abortion has grown, and with the decision now handed down, it will undoubtedly increase.

The Attack on Philippines Progressive Sites
By Jodesz Gavial
Rappler

The content of these websites, especially those linked to groups clearly not designated as terrorists by the anti-terror council, begs not just the question about the basis of the move but also its objective.

A new threat to local newspapers in the US: the cost of the actual paper they’re printed on, which has climbed more than 30 percent in two years. We're seeing diminishing newsprint production amid the longer-term decline of print newspapers, with newsprint mills shuttering or pivoting to produce more lucrative types of paper, not least packaging for companies like Amazon.

Twitter has finally launched its new ‘Notes’ option on selected user profiles, which provides a simple, integrated way to attach longer text elements to your tweets.

Amazon Alexa may someday be able to speak to you in any voice that it has ever listened to for more than a minute. Any voice. Any person. Alive or dead. Any voice. What could possibly go wrong?

Government bureaucrats may soon be putting their fingerprints all over our online activity. What could possibly go wrong?

When scrolling through TikTok you will automatically be recommended livestreams to tune into, and this ranges from creators you already follow to new ones who might align with your current interests and viewing habits. Recently the commercialised nature of the platform and how that can be so easily abused has made me want to switch off entirely.