Stephen Colbert: Nuclear Option in the Senate. Woody -- All You Fascists Are Bound to Lose. Siats - A New Mega Dinosaur. Every Nuclear Test. Music Love Army: We Are Not for Sale. 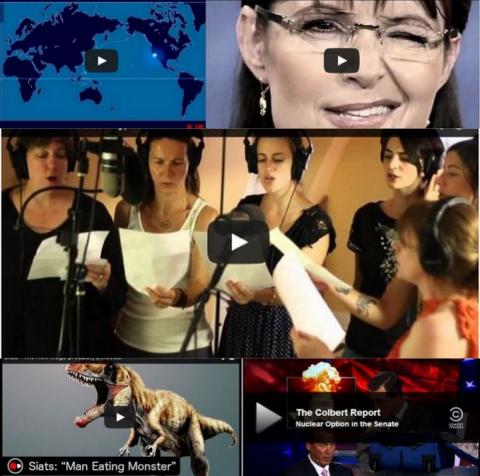 To view a Friday Nite Video, click an image below,
Nuclear Option in the Senate 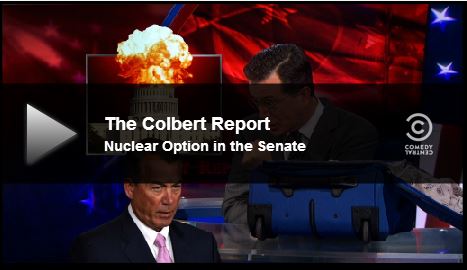 Senate Democrats employ the so-called "nuclear option" in response to an unprecedented series of Republican filibusters.
All You Fascists Are Bound to Lose 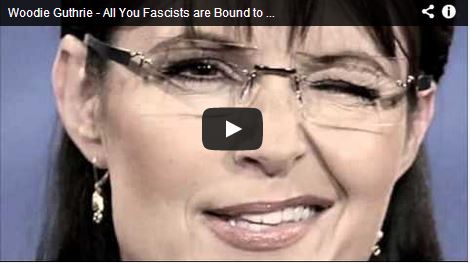 Woody Guthrie's guitar famously bore the legend, This Machine Kills Fascists. Here are the Woody lyrics (probably dating to the 1940s) that most directly spell out this message, with appropriate pictures of contemporary bad guys. Woody's confidence in the victory over fascism was the flip side of his confidence in the victory of the common people who, he sang, were Bound for Glory.
Siats - A New Mega Dinosaur 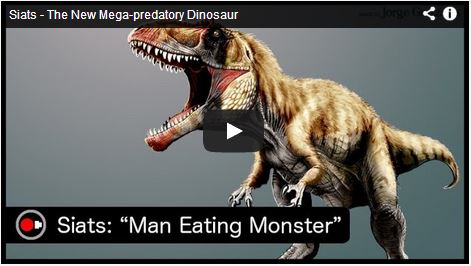 Move over, T. rex. Sian meekorum is a new, 100 million year old carnivorous dinosaur, rivaling T. rex is size and predating it by some 40 million years. Sian, whose fossils were discovered in Utah, is one of the two or three largest North American dinosaurs.
Every Nuclear Test 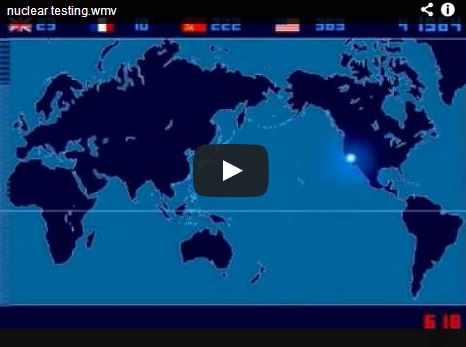 Japanese artist Isao Hashimoto has created a beautiful, undeniably scary time-lapse map of the 2053 nuclear explosions which have taken place between 1945 and 1998, beginning with the Manhattan Project's "Trinity" test near Los Alamos and concluding with Pakistan's nuclear tests in May of 1998. This leaves out North Korea's two alleged nuclear tests in this past decade (the legitimacy of both of which is not 100% clear).
Each nation gets a blip and a flashing dot on the map whenever they detonate a nuclear weapon, with a running tally kept on the top and bottom bars of the screen. Hashimoto, who began the project in 2003, says that he created it with the goal of showing"the fear and folly of nuclear weapons." It starts really slow — if you want to see real action, skip ahead to 1962 or so — but the buildup becomes overwhelming.
Music Love Army: We Are Not for Sale 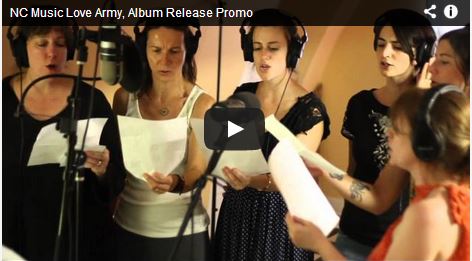 NC MUSIC LOVE ARMY releases We Are Not For Sale: Songs of Protest on November 26, 2013, on vinyl, CD and for download with worldwide distribution through Redeye Distribution. NC Music Love Army are a united force composed of your favorite musicians set to battle against the regressive legislation of the current North Carolina administration. We are outraged. We fight with songs. We win with your ears and with your help. More information and donations toward this crowdfunded record can be made at: http://ncmusiclovearmy.org. Proceeds from album sales and live performances benefit Progress NC and Planned Parenthood of Central NC, two groups on the front lines of our fight to return sane governance to our beloved state.