Media Bits & Bytes - Your Data is Their Business edition 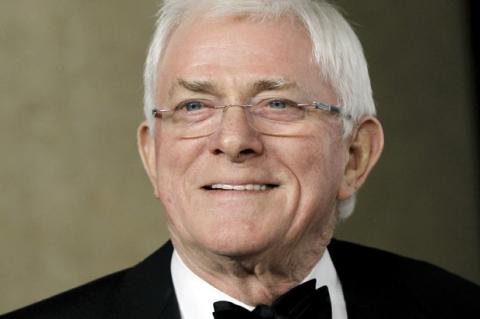 FCC has Received Over 647,000 Net Neutrality Comments as Deadline Approaches

Over half a million Americans have shared their feelings on net neutrality with the FCC as the commission ponders new rules that could drastically reshape the internet.  Chairman Tom Wheeler reported that the FCC has so far received around 647,000 comments as the July 15th deadline for initial feedback approaches. The commission will then accept responses to those comments into the month of September. At best, a final decision on the controversial net neutrality proposal isn't expected until near the end of this year. "Keep your input coming," Wheeler tweeted today.

Net neutrality advocates have voiced concerns about Wheeler's proposal for months now, mainly focusing on the FCC's willingness to let ISPs charge companies "commercially reasonable" rates to speed up consumer access to their services. Wheeler has routinely denied that the net neutrality rules would establish so-called "fast lanes" for companies with enough money to pay for them, but neutrality supporters still aren't receptive.

Instead, they're eager for the FCC to reclassify broadband providers under Title II, which would make them adhere to more stringent rules and, as Senator Chuck Schumer said today, "preserve the internet as an unfettered tool for communication and the sharing of ideas." Other comments pertaining to net neutrality haven't been quite so eloquent, but it's a topic that's hugely important for the public to weigh in on. If you haven't made your voice heard yet, do so before it's too late.

Big data-the kind that statisticians and computer scientists scour for insights on human beings and our societies-is cooked up using a recipe that's been used a thousand times. Here's how it goes: Acquire a trove of people's highly personal data-say, medical records or shopping history. Run that huge set through a "de-identification" process to anonymize the data. And voila-individuals become anonymous, chartable, and unencumbered by personal privacy concerns.

So what's the problem? It turns out that all that de-identified data may not be so anonymous after all.

Perhaps the incident that best encapsulates the hysterical and illiberal atmosphere of the run-up to the invasion of Iraq in 2003, is the way MSNBC treated Phil Donahue.

The talk-show legend was, at the time, one of the few voices in the mainstream standing against the march to war. He invited antiwar voices onto his show. He questioned the government's argument for why war was necessary. He cautioned against rushing into an undertaking as grave, monumental and consequential as war. He was getting fine ratings. But he made Chris Matthews - at the time a huge Bush booster - uncomfortable, and network executives worried they'd look bad unless they, too, were "waving the flag at every opportunity." So Donahue was fired. And then the U.S. went to war. And we all know how that went.

More than a decade later, Iraq is still in chaos - and the media is still giving ample airtime to the very people who created and perpetuated the jingoistic, authoritarian environment that made the suits at MSNBC so very concerned about looking out of step. But while the folks at the networks busied themselves with broadcasting Bill Kristol's latest insights, Salon figured we'd give Donahue a call and ask him his thoughts about Iraq, the media and the current state of American politics.

Screwing With Your Emotions is Facebook's Entire Business

By now you've probably heard about the controversial Facebook study in which the company altered the news feeds of some 698,003 users for a week in 2012 to determine if seeing more happy or sad posts affected the emotional content those users posted next. There's been an enormous backlash: the study itself seems particularly dumb, there's a chance Facebook acted unethically or illegally by not disclosing the study to users, the researchers involved are apologizing, and in general it seems like Facebook did something really, really bad.

But here's the thing: manipulating the News Feed is Facebook's entire business.

Google makes advertisers bid against each other to display ads that appear when you search for certain keywords. Facebook does something a fair bit simpler: it just doesn't show users everything in their News Feeds. Of the 1500 potential items your friends will share on Facebook in a given day, you'll likely only see 300 of them - and if an advertiser or marketer or news organization wants to get more eyeballs from Facebook, they can pay to make sure their stuff shows up in your News Feed, carefully targeted to keywords and demographics.

And that's the key - stuff your friends have shared. There's so much value in showing you things from your friends on Facebook that it's the revenue model for an entire class of viral media startups.

A New Narrative on Israel-Palestine

Radio interview by Brooke Gladstone
July 11, 2011
On the Media/NPR

The latest surge of violence in the Gaza Strip and Israel was fueled by a horrific series of events involving Israeli and Palestinian teenagers. Brooke talks with Philip Weiss, co-editor of Mondoweiss, about coverage of these recent events, and how the view of the conflict is shifting in the media.