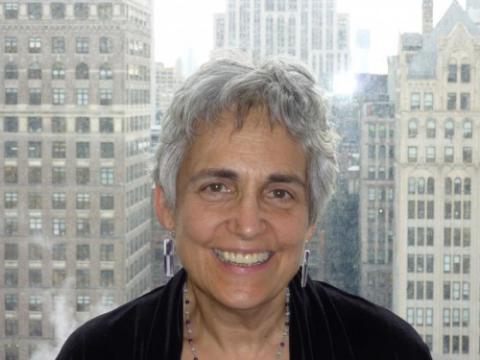 Last Friday, just before the Federal Communication Commission closed its comment period for its upcoming rule on "network neutrality," a massive coalition of Asian, Latino and Black civil rights group filed letters arguing that regulators should lay off of Internet Service Providers regarding Title II reclassification and accept FCC Chairman Tom Wheeler's original plan. In other words, something close to half of the entire civil rights establishment just sold out the Internet.

The Minority Media and Telecommunications Council (MMTC) coordinated many of the participants in the anti-net neutrality filings sent to the FCC last week. Last year, the Center for Public Integrity published an investigation of MMTC, showing that the group has raised hundreds of thousands of dollars from Verizon, Comcast, the National Cable and Telecommunications Association, and other telecom sources while reliably peddling the pro-telecom industry positions.

Comcast's Worst Nightmare: How Tennessee Could Save America's Internet

The business lobby often demands that government get out of the way of private corporations, so that competition can flourish and high-quality services can be efficiently delivered to as many consumers as possible. Yet, in an epic fight over telecommunications policy, the paradigm is now being flipped on its head, with corporate forces demanding the government squelch competition and halt the expansion of those high-quality services. Whether and how federal officials act may ultimately shape the future of America's information economy.

The front line in this fight is Chattanooga, Tennessee, where officials at the city's public electric utility, EPB, realized that smart-grid energy infrastructure could also provide consumers super-fast Internet speeds at competitive prices. A few years ago, those officials decided to act on that revelation. Like a publicly traded corporation, the utility issued bonds to raise resources to invest in the new broadband project. Similarly, just as many private corporations ended up receiving federal stimulus dollars, so did EPB, which put those monies into its new network.

The result is a system that now provides the nation's fastest broadband speeds at prices often cheaper than the private competition.

Meet the Online Tracking Device That is Virtually Impossible to Block

A new, extremely persistent type of online tracking is shadowing visitors to thousands of top websites, from WhiteHouse.gov to YouPorn.com.

This type of tracking, called canvas fingerprinting, works by instructing the visitor's Web browser to draw a hidden image. Because each computer draws the image slightly differently, the images can be used to assign each user's device a number that uniquely identifies it.

Like other tracking tools, canvas fingerprints are used to build profiles of users based on the websites they visit - profiles that shape which ads, news articles, or other types of content are displayed to them. But fingerprints are unusually hard to block: They can't be prevented by using standard Web browser privacy settings or using anti-tracking tools such as AdBlock Plus.

The researchers found canvas fingerprinting computer code, primarily written by a company called AddThis, on 5 percent of the top 100,000 websites.

Israel's Media Strategy: What Lies Beneath

Do you wonder why there are many questions left unanswered regarding the Israeli escalation in Gaza? Why the questions are so meek, the responses so murky, the phrases come in cliches and soundbites you've heard before? Do you feel watching certain interviews is an assault on your intelligence?

Do you wonder why official Israeli spokespersons sound so calm, smiley and kind when their popular base sounds so angry, so aggressive, and so racist? How they are likely to say something like, "thank you it's nice to be with you", even after being grilled by a probing frustrated anchor. Why, when asked about the expansion of illegal settlements, Israeli spokespersons speak of the need for a peace settlement, and when asked about bombing civilians, they speak of a better future for all children, Israeli and Palestinian?

Wonder no more. This is all part of a well-thought, well-orchestrated media strategy to mystify, mislead and even misrepresent the reality. And much of it can be found in The Israel Project's 2009 Global Language Dictionary.

When Will the Justice Department Take On Amazon?

Today, Amazon so dominates the marketplace that it feels free to bulldoze the competition, dictating terms to suppliers and customers alike. With respect to publishing and bookselling, Amazon is increasingly a vertically integrated company, at once a bookseller, a reviewer, even a publisher, and as such it poses a uniquely disturbing threat. It has achieved a worrying hegemony, having successfully laid siege to traditional bricks-and-mortar bookstores not only in the United States but also in Europe.

Amazon is hardly an online bookstore anymore. Books are a small fraction of its overall business-just 7 percent. From the start, Amazon understood that books were a loss leader whose chief benefit was to induce millions to enroll in the online Walmart the company wanted to become. Today, even the CIA finds itself compelled to outsource some of its data collection by availing itself of Amazon's powerful cloud servers, in a deal estimated at $600 million.

Margot Adler, a longtime NPR correspondent and former contributor to Pacifica Radio, died July 28 after a three-year battle with cancer. She was 68.

The granddaughter of renowned Viennese psychotherapist Alfred Adler, she began her radio career in the mid-1960s as a volunteer reporter for Pacifica's KPFA in Berkeley, Calif. Adler then moved to New York and joined Pacifica's WBAI in 1972, launching and appearing on local talk shows. In 1978 she joined NPR as a freelance reporter covering New York and became full-time the following year.