Bibi's Fear - And What Really Matters

Why is Netanyahu hysterical? Why is he rallying the GOP and a majority of Congressional Democrats against Obama's "bad deal"? What makes him desperate is the threat that serious diplomacy poses to the policies and ambitions of Israel's extremist right wing government. The Iran negotiations reveal a fissure between strategic interests of the United States and those of Israel's occupiers and expansionists. 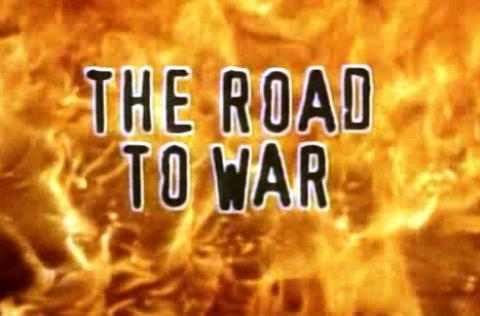 The battle over whether the Iran negotiations go forward or are forced to fail is bigger than the terms of any "deal". An agreement won't decide any of the great issues of our time, but it bears on which way the world will turn in this century.

The United States, Russia, China, France, Britain, Germany and Iran are at the table negotiating a difficult issue. Sadly, that's a rare phenomenon in a world torn by chaotic violence, wars, big power rivalries, and fears of worse to come. Negotiations and cooperation could be viewed as a sign of hope, one small step toward coming together on humanity's most unavoidable challenges: climate change and the threat of nuclear war.

Why is Netanyahu hysterical? Why is he rallying the GOP and a majority of Congressional Democrats against Obama's "bad deal"?

I don't think it's only a ploy on the eve of Israeli elections. Nor is it a genuine fear of an imminent or soon-to-be danger that Iran will bomb Israel. It's more likely that a nuclear-armed Israeli government, if run by expansionists and ultra-orthodox "settlers", would bomb Iran than the other way around.

What makes him desperate is the threat that serious diplomacy poses to the policies and ambitions of Israel's extremist right wing government. The Iran negotiations reveal a fissure between strategic interests of the United States and those of Israel's occupiers and expansionists. While virtually every politician in America swears undying loyalty to Israel, and the armaments and money flow unabated, there is considerable unease about constraining US policy according to the desires of an increasingly ostracized Israeli government.

Incredibly, Netanyahu never mentioned the "Palestinian problem", but it was surely in his calculations.  The process of real negotiations, especially involving a wide diversity of governments, runs completely counter to the formulas that have sustained and expanded the occupation. Either Israel could rely on the United States, its partner and chosen "mediator", or it could defy even the US negotiators by expanding settlements, building walls, or countering resistance with indiscriminate military force.

Now the rest of the world is beginning to play a significant part. Condemnation of apartheid, boycotts, support for a Palestinian State cannot be dismissed. Despite Netanyahu's loud declarations in the name of "all Jews", many Jews in the United States and Israel are angered by his distortion of "Never Again" into a justification for oppression and violence against others.

What about Netanyahu's Congressional audience, those who cheered him wildly and are ready, at his bidding, to do their utmost to undercut Obama and doom the negotiations?

Some may know not where the road leads; other Democrats may be offended, but are too intimidated to protest. But here is the real menace: the spectacle that Boehner sponsored was nothing less than the gathering of a war party that seeks full control of US foreign and military policy.

US foreign policy is and has been on a wrong and dangerous course. It remains driven by the "American Century" delusion, the concept that the USA is and will always be the sole superpower.  Despite the many failed wars and missions, there remains the faith that our colossal military superiority and alliances such as NATO can ultimately prevail in securing "world order" consistent with US interests and "exceptional" values. But this changing world requires something different. None of the crises and hugely difficult problems can be mitigated without putting common interests above divisions of "friend or foe" dictated traditionally by conflict over spheres of influence.

That's another whole story. But what happened this week in Washington is striking evidence that it matters whether voices of sanity gain ground even in limited ways (eg the Iran negotiations, recognition of Cuba, partial agreements on climate change, easing tensions over the Ukraine) or if a "bipartisan" war party takes full command of the controls.

Nothing could be worse - for us, for the Israelis and Palestinians. for the world - than a committed hawk as US President in axis with a Dr. Strangelove at the head of an ultra-right Israeli government.

[Leon Wofsy is Professor Emeritus of Molecular and Cell Biology / Immunology at the University of California at Berkeley. His career in science and academia began when he was almost forty years old. Earlier, for more than fifteen years, he was a leader of Marxist youth organizations. That experience began during the student upheavals at New York's City College (CCNY) in the late 1930s, and encompassed the time of McCarthyism in the 1950s. Wofsy became a professor at UC Berkeley in 1964 just as the Free Speech Movement was about to erupt. The author of many scientific papers and articles on social issues, he edited a book on the Cold War, Before the Point of No Return (Monthly Review Press, 1986). His memoir, Looking for the Future (IW Rose Press, 1995) is available online in the Free Speech Movement Archives, Book Collection, UC Bancroft Library. ]