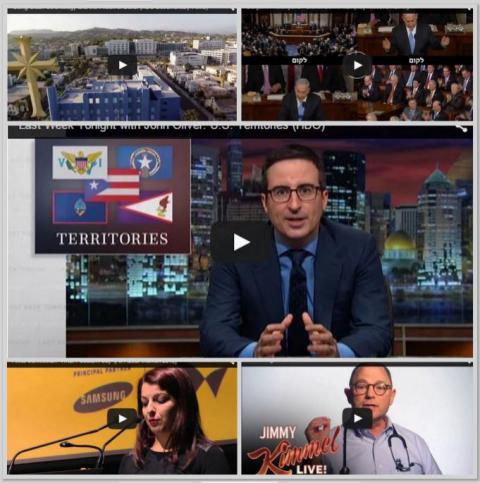 To view a Friday Nite Video, click an image below,
John Oliver: Guess Who Can't Vote? 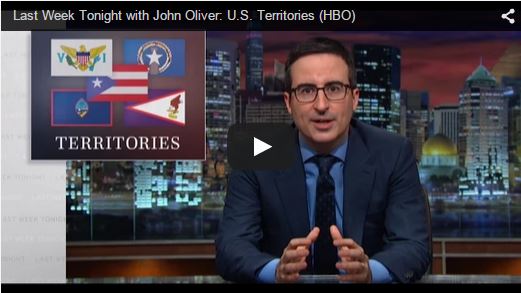 A set of Supreme Court decisions made over 100 years ago has left U.S. territories without meaningful representation. That’s weird, right?
Anita Sarkeesian: What I Couldn't Say 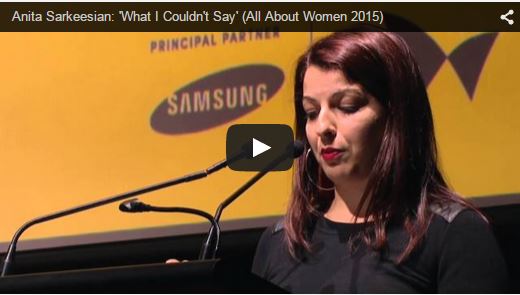 Anita Sarkeesian has been the subject of a relentless misogynist campaign since she called for improved images of women in video games. Here she speaks about that experience at the All About Women 2015 conference.
Jimmy Kimmel: A Message for the Anti-Vaccine Movement 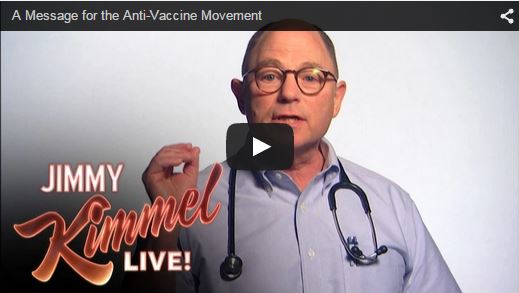 Jimmy feels that all of this anti-vaccination silliness is starting to snowball, so he invited some real doctors to address it. These are actual medical professionals so hear them out and then decide for yourself.
Going Clear: Scientology & the Prison of Belief

Alex Gibney's documentary film (from HBO) casts a scathing eye on "the religion of the stars," which claims such prominent members as John Travolta and Tom Cruise. Gibney digs into the roots of Scientology's creation by scifi writer L. Ron Hubbard and recounts many reports of abusive Church practices.
Netanyahu Remix: Sit! Stand! Iran, Iran, Iran! 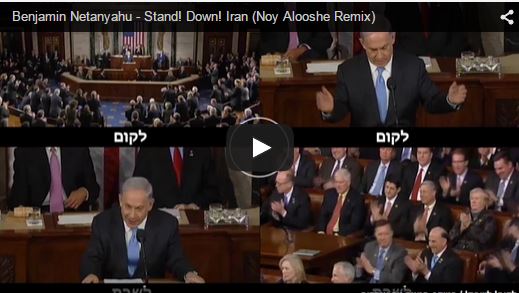 Bibi’s Congress speech remixed by Noy Alooshe. Alooshe is an Israeli journalist and musician of Jewish-Tunisian descent.
Subscribe to Portside