Dispatches From the Culture Wars – “Get me re-write” edition 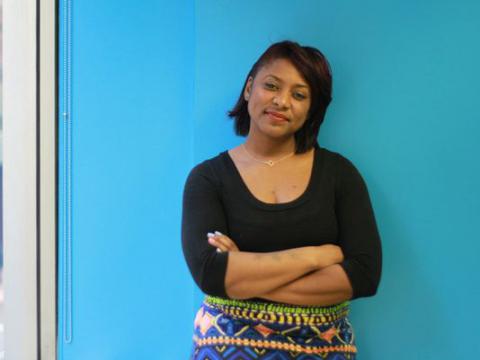 Alicia Garza, 34, says what began as an online plea for humanity "is now continuing as a movement that has spread across the world."
That was by design.
Garza teamed up with two friends to create the online platform Black Lives Matter.
"We are all three of us organizers," Garza said.
Garza is special projects director for the National Domestic Workers Alliance, which fights for labor protections for nannies, housekeepers, caregivers and other domestic workers. Patrisse Cullors is executive director of the Coalition to End Sheriff Violence in L.A. Jails. And immigrant rights activist Opal Tometi runs the Black Alliance for Just Immigration.

Computers operating on the New York Police Department’s computer network at its 1 Police Plaza headquarters have been used to alter Wikipedia pages containing details of alleged police brutality, a review by Capital has revealed.
NYPD IP addresses have also been used to edit entries on stop-and-frisk, NYPD scandals, and prominent figures in the city’s political and police leadership.


Florida’s Not The Only State Where Officials Censored The Term ‘Climate Change’
By Emily Atkin
March 9, 2015
Climate Progress

It may have seemed surprising when, on Sunday, four former employees of Florida’s state Department of Environmental Protection said they were forbidden to use the words “climate change” and “global warming” in any official communications.
But as it turns out, the alleged practice is not unusual — at least in states with governors who do not accept the scientific validity of human-caused climate change. In fact, two states were accused of implementing a very similar practice with their environmental conservation agencies last year.

The Shocking Finding From the DOJ's Ferguson Report That Nobody Has Noticed
By Nathan Robinson
March 13, 2015
Huffington Post

In Ferguson -- a city with a population of 21,000 -- 16,000 people have outstanding arrest warrants, meaning that they are currently actively wanted by the police. In other words, if you were to take four people at random, the Ferguson police would consider three of them fugitives.
That statistic should be truly shocking. Yet in the wake of the Department of Justice's withering report on the city's policing practices, it has gone almost entirely unmentioned. News reports and analysis have focused on the racism discovered in departmental emails, and the gangsterish financial "shakedown" methods deployed against African Americans. In doing so, they have missed the full picture of Ferguson's operation, which reveals a totalizing police regime beyond any of Kafka's ghastliest nightmares.


Who’s Poor? Depends How You Measure It
By Amy Crawford
March 1, 2015
Boston Globe

One reason politicians target their appeals to people in the middle of the socioeconomic scale is pragmatic: They are more likely to vote than those at the bottom. But it’s also because poverty is a particularly intractable and confounding problem. As a culture, we’re not sure how to explain who ends up in poverty—whether they’re disadvantaged by the system, lazy, or just unlucky. In fact, we can’t even agree on what poverty means.
The official poverty line has long been criticized as too simplistic, and in 2011, the US Census Bureau came out with a new way to measure poverty, which takes into account certain expenses and government aid. But far from settling the matter, it has thrown fuel on a surprisingly active debate about how we should define poverty. Many economists see the new measure as an improvement, but it has also proven controversial because it reveals a different face of poverty—one that is older and whiter.

Are We Mistaking Feelings for Politics?
by Sarah Jaffe
March 2, 2015
Dame

“The personal is political” was one of the main tenets of second-wave feminism. I'm referring to the feminist demand we understand oppressions that took place in the home and in the workplace, between two people—possibly intimates—as structural. It came from the collective realizations that often arose in “consciousness-raising” groups, realizations that what you thought just happened to you in fact were happening to many different women, in much the same way.
That these realizations happened in a collective, organized space makes it that much more disappointing that it seems, in recent years, as though this sentiment has been turned on its head. Instead of seeing personal oppression as part of a broader political structure, we now only understand it as something that makes us feel bad. We have substituted feelings for politics.