Indiana takes the heat; Keeping STEM male; Economics of me first; Ask not for whom the joke cracks; Chuy-gilantes 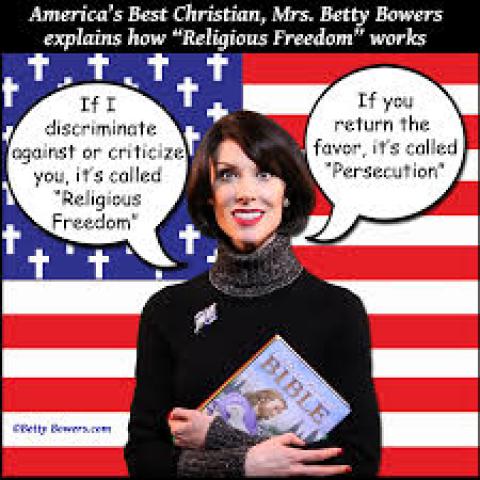 Criticism of new Indiana legislation as discriminatory against gays and lesbians erupted this weekend in a torrent of canceled construction, stalled convention plans and the specter of business leaving the state.
Study maps of conservative movements in the U.S., and it's clear that Indiana's vote to join the brigade of religious freedom states is of a piece with its larger role as the northernmost conservative vanguard east of the Mississippi. Indiana was among the states that sued over Obamacare, and backed Republican presidential candidate Mitt Romney in 2012 (though Barack Obama won the state in 2008).  Indiana's new law slots it neatly into place on the map of reliable conservative strongholds.

By now, we’ve all heard about the low numbers of American women in science, technology, engineering, and math (STEM).
Several new studies add to the growing body of evidence that documents the role of gender bias in driving women out of science careers. A 2012 randomized, double-blind study gave science faculty at research-intensive universities the application materials of a fictitious student randomly assigned a male or female name, and found that both male and female faculty rated the male applicant as significantly more competent and hirable than the woman with identical application materials. A 2014 study found that both men and women were twice as likely to hire a man for a job that required math.
My own new research, co-authored with Kathrine W. Phillips and Erika V. Hall, also indicates that bias, not pipeline issues or personal choices, pushes women out of science – and that bias plays out differently depending on a woman’s race or ethnicity.

Increasing Individualism in US Linked With Rise of White-Collar Jobs
Press release by Association for Psychological Science
February 5, 2015
EurekAlert!

Rising individualism in the United States over the last 150 years is mainly associated with a societal shift toward more white-collar occupations, according to new research published in Psychological Science, a journal of the Association for Psychological Science. The study, which looked at various cultural indicators -- including word usage in books, trends in baby names, and shifts in family structure -- suggests that a shift toward greater individualism is systematically correlated with socioeconomic trends, but not with trends in urbanization or environmental demands such as frequency of diseases or disasters.
"Across many markers of individualism, social class was the only factor that systematically preceded changes in individualism over time, tentatively suggesting a causal relationship between them," explains psychological scientist and study author Igor Grossmann of the University of Waterloo.

By making fun of white people, people of color can, in a small way, push back against stereotypes, opposing racial humor by inverting it.
Most white-people jokes are not about white people per se. Instead, they are about inequalities between whites and other races. When a white person tells any white-people joke, the humor can go from subverting whites’ status to rubbing it in. The jokes themselves aren’t necessarily less funny; it’s just that the bitter pill goes down easier when not delivered by someone benefiting from the privilege they’re trying to lampoon.
All of which is to say that the teller of white-people jokes bears a special responsibility. White-people jokes don’t punch up; at best, they punch sideways, but usually, they punch down. This doesn’t mean that white people can never tell them. But anyone who tells a white-person joke really has to understand what they’re doing.