On the 60th anniversary of Emmett Till's murder, his cousin says history still hasn't told the whole story. His cousin recalls the night he last saw him. It's been 60 years since the murder of Emmett Till, but his story remains unfinished. His death helped spark the civil rights movement and frame the ongoing debate over racism in America. 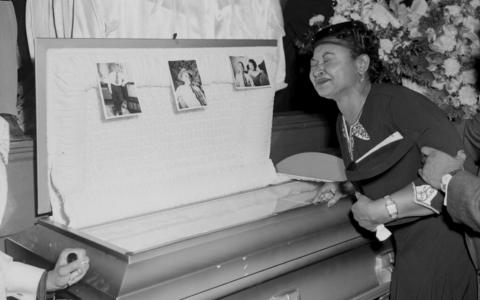 Without Emmett Till's mother, some think her son's story may have been forgotten., AP photo // Aljazeera America

GREENWOOD, Miss. - On Aug. 28, 1955, a 14-year-old named Emmett Till was kidnapped, tortured and murdered for whistling at a white woman in the heart of the Mississippi Delta.

But for Till's cousin Simeon Wright, his story is more than a chapter in history books. He was there when his cousin encountered Carolyn Bryant - the young wife of a local store owner.

"Whistling at a white woman in Mississippi?" he said. "Oh no, it's better to play with a rattlesnake."

It's been 60 years since the murder of Emmett Till, but his story remains unfinished. His death helped spark the civil rights movement and frame the ongoing debate over racism in America.

Nobody has ever been brought to justice for his kidnapping and killing. Meanwhile, family members and community activists are trying to reconcile what happened that summer night. Wright wants the public to know the whole story, starting with an understanding of Till's life and personality.

"He loved to tell jokes," Wright said. "He wanted to be a comedian."

Like many kids his age, Till also wanted a vacation, so he asked Mamie Till-Mobley, his single mother, to let him leave Chicago for a few weeks to visit his cousins in Mississippi. After some hesitation, she relented. On Aug. 20, 1955, she rushed Emmett to the 63rd Street Station to catch a southbound train. It was the last time she saw her son alive.

Till arrived in Money, Mississippi, on Aug. 21 to stay with his great-uncle Mose Wright. He spent the next week working in the cotton fields and playing with friends in the evenings. His cousins recalled him as a jokester who loved being the center of attention. But for all of his street smarts, his older cousin could be naive, Simeon Wright discovered.

Till was visiting the heart of the Jim Crow South during a dangerous time for blacks. In Mississippi alone, more than 500 lynchings were documented between the late 1800s and the 1950s, according to "Lynching in America," a new report from the Equal Justice Initiative.

Wright was there when Till and other cousins took a ride to Bryant's Grocery and Meat Market for candy and soda. He saw when Carolyn - the young wife of storeowner, Roy Bryant - stepped outside. Over time, history has clouded what happened inside the shop and whether Till actually did "wolf whistle" at Bryant. Contrary to popular belief, Wright says, nobody dared his cousin to flirt with Bryant. For years, Emmett's mother refused to believe that her son had whistled. But Wright says Till did whistle at Bryant.

"That scared us half to death ... He saw our reaction; it scared him," Wright said. "And we ran to the car. We got out of town as fast as we could."

At the time, Wright thought it was an innocent mistake. 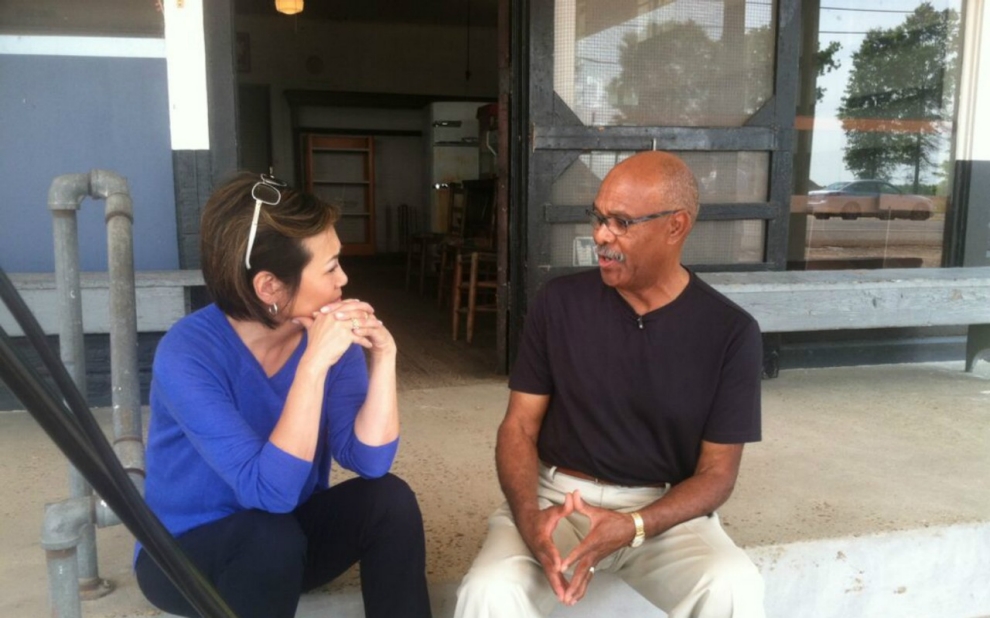 Joie Chen, left, speaks with Simeon Wright, one of the cousins of Emmett Till, about the last night he saw his cousin alive.
America Tonight // Aljazeera America

"Murder never crossed my mind," Wright said. "Never thought that he would be killed for that."

The boys bailed out of their car and ran into the fields to hide, and trouble didn't follow for days. By that Saturday, the boys had all but forgotten their fears - that is until later that night, when a pounding at the door woke them from a sound sleep.

"When I opened my eyes, I saw two white men standing at the foot of my bed." Wright said. "I recognized one, Roy Bryant, the husband to Carolyn Bryant, but the big guy, the bully, the guy with the gun, [J.W.] Milam, he ordered me to lay back down and he made Emmett get up and put his clothes on."

Wright says Milam and Bryant took Till to a barn on a plantation so far out in the country that few could have heard the boy's screams. But there were witnesses.

Over the years, new evidence has revealed that Roy Bryant and Milam weren't the only ones involved in Till's kidnapping and murder. Johnny B. Thomas, the mayor of Glendora, a small town in the heart of the Mississippi Delta, tells another angle of the story.

"There were African-Americans, under duress, involved," said Thomas, who runs the Emmett Till Historic Intrepid Center, a Glendora museum that is working alongside the Emmett Till Memorial Commission to preserve his legacy.

On the night of the murder, Milam, Roy Bryant's half-brother, came to Thomas' house looking for help from Thomas' father, the late Henry Lee Loggins.

"This was Mississippi and the Mississippi Delta, and he happened to be a right hand to J.W. Milam at the time," Thomas said. "And of course, he would have no choice but to do exactly what J.W. told him to do." 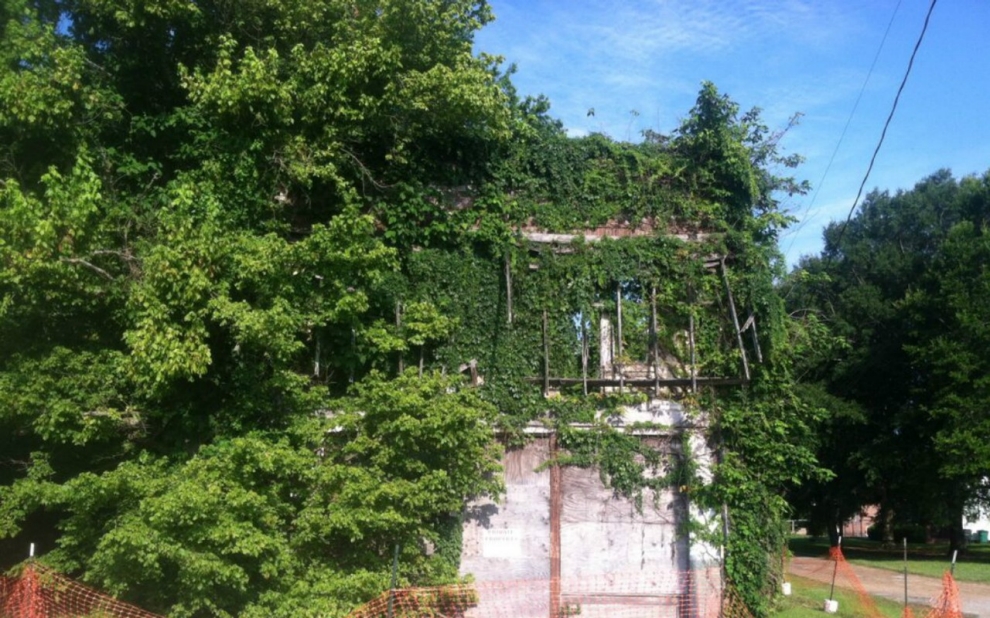 Now, Thomas is writing a book about his father's alleged involvement in an attempt to set the record straight.

But why would a black man take part in such a horrific act?

"Everything [is] based on fear," Wright responded. "If you can instill fear in the hearts of a group of people, you can control them."

It was a lesson well-understood in the Delta of the 1950s, where an all-white, all-male jury quickly acquitted Bryant and Milam of murder, and a grand jury refused to indict them for kidnapping. Months later, Till's killers justified the torture and murder of the boy in a Look magazine article that framed the story for years to come.

Milam gave a detailed confession, explaining that after hours of pistol-whipping Till, he ordered the boy to strip naked before he shot him. They dumped his body into the Tallahatchie River. An industrial fan was attached to his neck with barbed wire to make him sink. But three days later, a group of kids who were fishing saw Till's feet sticking out of the water.

Filmmaker Keith Beauchamp was 10 when he first saw the iconic picture of Till's disfigured face in his open casket.

"I was in my parent's study and I came across a Jet magazine photograph of Till," Beauchamp said. "It shocked me and I just needed to know what this picture was."

For Beauchamp, that moment was a beginning. Born more than 15 years after Till was lynched, Beauchamp could never shake the image of his mutilated body or the outrage that no one was ever held accountable. Even though the two prime suspects confessed after they were acquitted at trial, they couldn't be tried again for the same crime because of double jeopardy. So Beauchamp became determined to see justice done, even if he had to do it himself.

With the blessing of Till's late mother, Beauchamp spent nine years poring over documents and interviewing dozens of witnesses and family members. Through his investigation, he identified at least 14 people he believes were involved in the kidnapping and murder, and came to the grim conclusion at least five of them were black.

I was in my parent's study and I came across a Jet magazine photograph of Till. It shocked me and I just needed to know what this picture was.

His research, which was featured in the 2005 documentary "The Untold Story of Emmett Louis Till," also helped convince the Justice Department to open the case for the first time in decades. Following up on Beauchamp's leads, FBI Special Agent Dale Killinger, the lead investigator on the case, learned new details from witnesses who had been afraid to come forward in 1955. And when Till's body was exhumed, they were able to put to rest the urban legend that the lynching was a hoax and that the NAACP had planted a different boy's body in the river.

But the investigation didn't turn up enough proof against two people at the center of the case who were still alive: Carolyn Bryant, the shopkeeper's wife whom Till had whistled at, and Loggins, the black worker who had been Milam's right-hand man..

"I felt we had enough to indict," Beauchamp said. "But I also understand history..."

Today, Till's legacy lives on and still resonates, mostly thanks to his later mother. Wright, Till's cousin, says that without Till-Mobley, her son's story may have been forgotten.

"They tried to make us bury him here, to do away with the evidence," Wright said. "And we had the grave dug."

But Till-Mobley wouldn't allow it. She demanded that the body be brought home to Chicago for an open-casket funeral.

Decades later, historian Lonnie Bunch met Till-Mobley and found that all those years later, her conviction remained the same.

"She wanted the world to see what they did to her baby," Bunch said. "What made this so powerful was that it was captured by the media, that it was captured by Jet magazine, then picked up in many other media pieces around the country .. And I think that was the first step in really what we now call the modern civil rights movement."

At the funeral, thousands lined up to pay their respects, and hundreds of thousands more saw the shocking photographs of Till's disfigured face in Jet magazine and were moved to speak out.

"I think that the story of Emmett Till reminds us that America is a nation that has had these horrible moments and that these moments haven't just happened," Bunch said. "There's a long tradition of violence in this country, racial violence and we have to remember that in order to confront it."