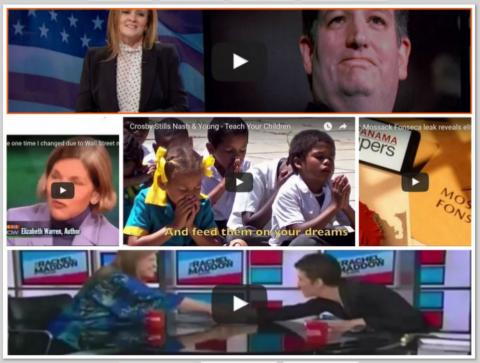 To view a Friday Nite Video, click on an image below,
Was Hillary Influenced by Bankers? Elizabeth Warren Answers 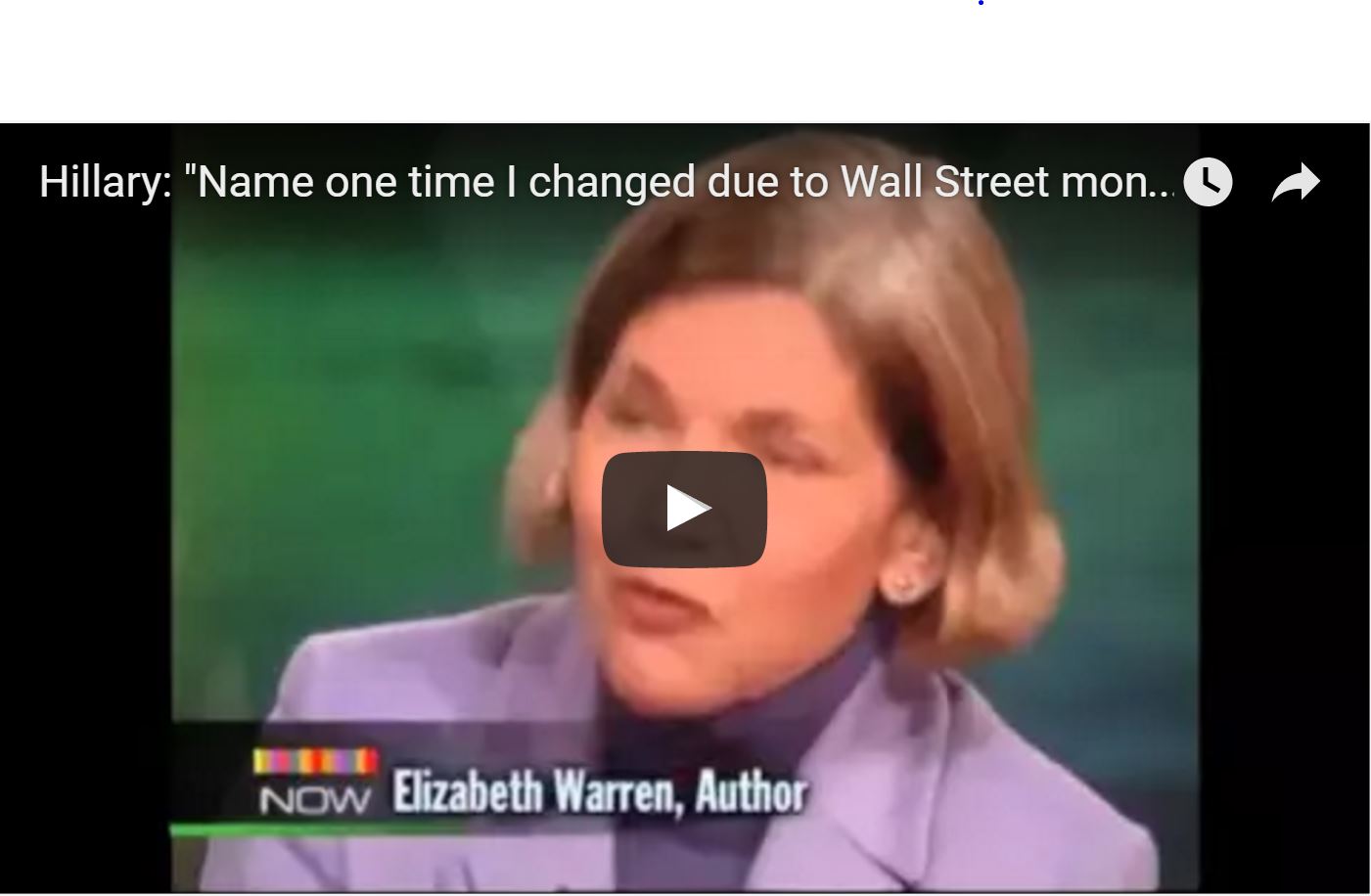 Hillary Clinton said "You will not find that I ever changed a view or vote because of any donation that I ever received ... Just name one thing." Luckily, we have Elizabeth Warren, speaking to Bill Moyers.
Crosby Stills Nash & Young | Teach Your Children 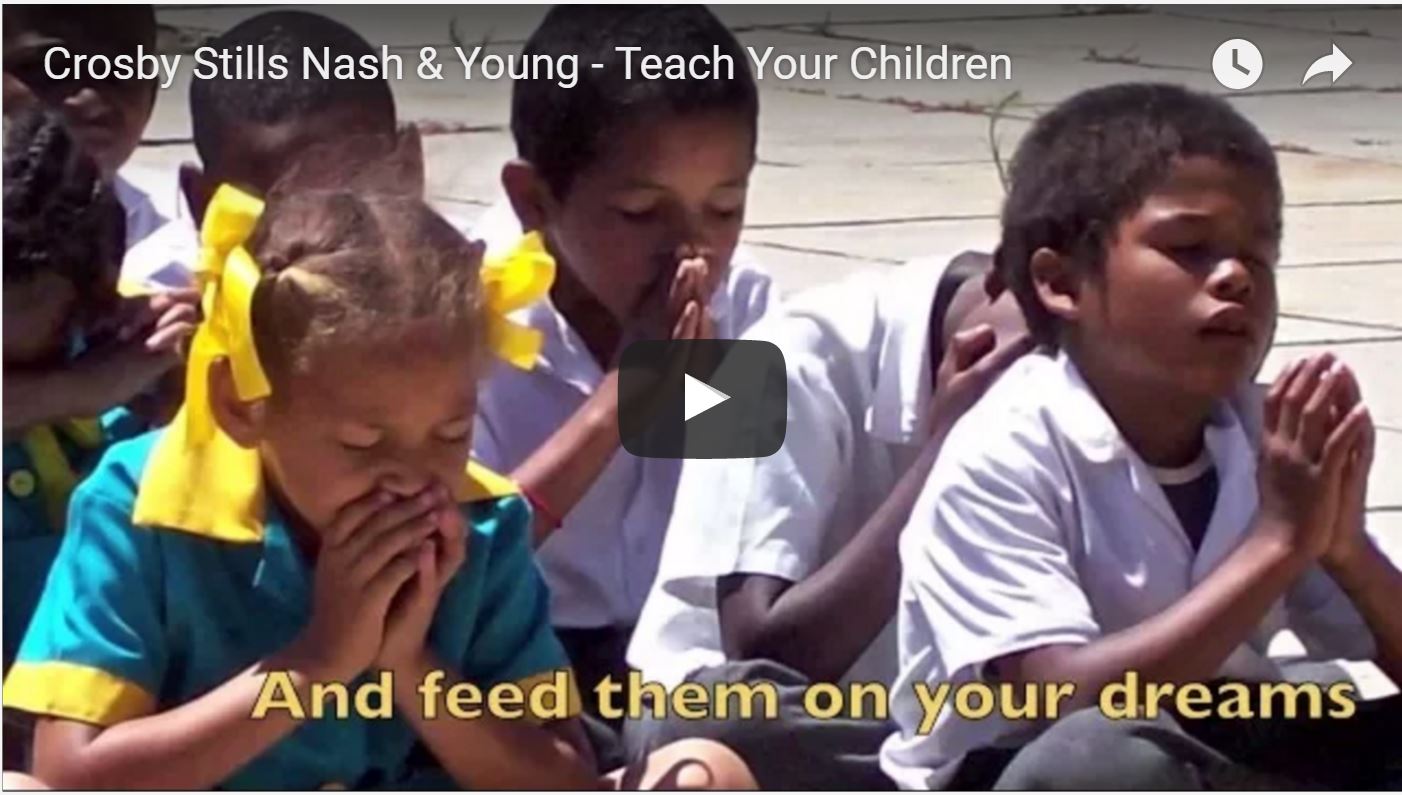 The classic about the influence on society of what we teach our children. With lyrics and the history of the song.
Samantha Bee | Team Cruz 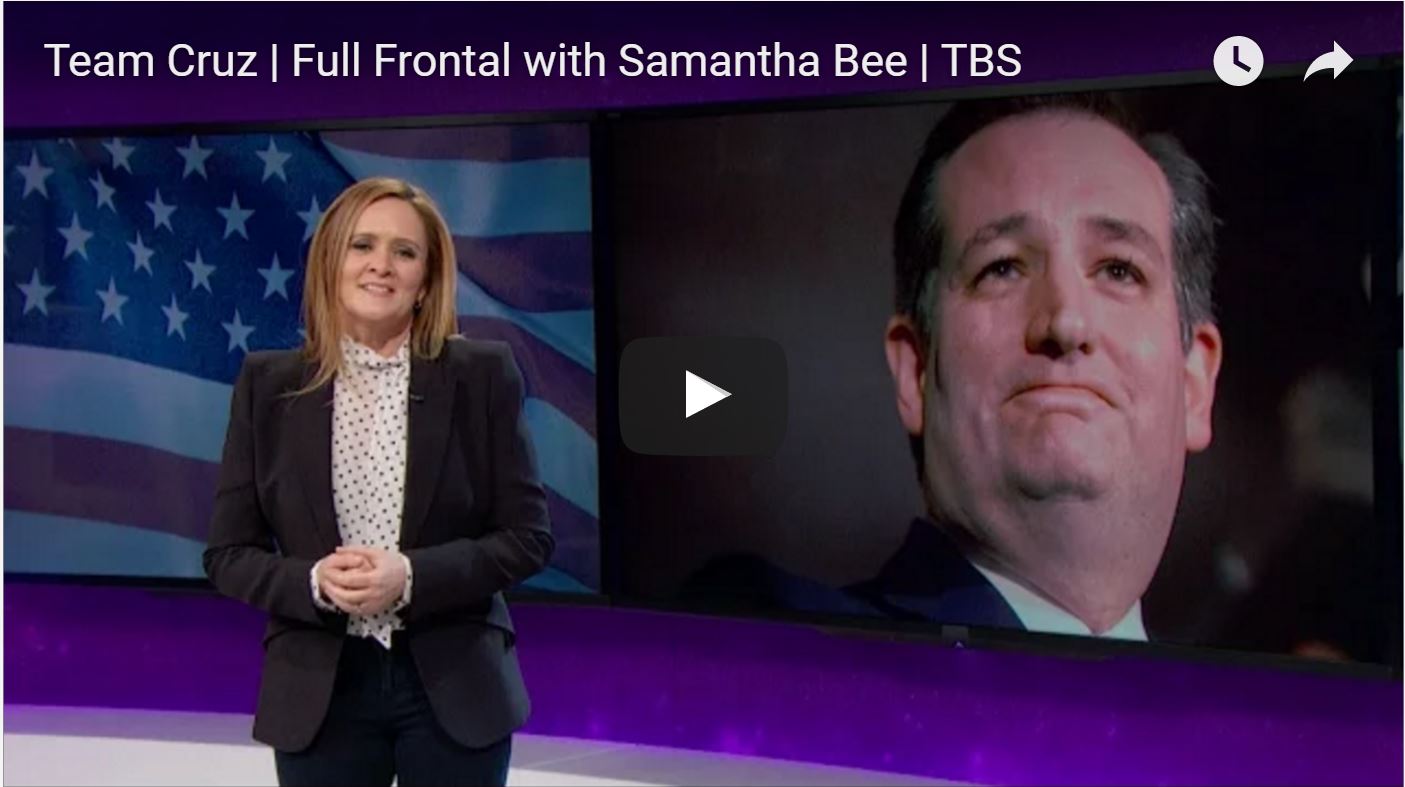 Who are some of Ted Cruz's biggest fans? Prepare to be horrified, but not surprised in the slightest.
Rachel Maddow Interviews Jane Sanders 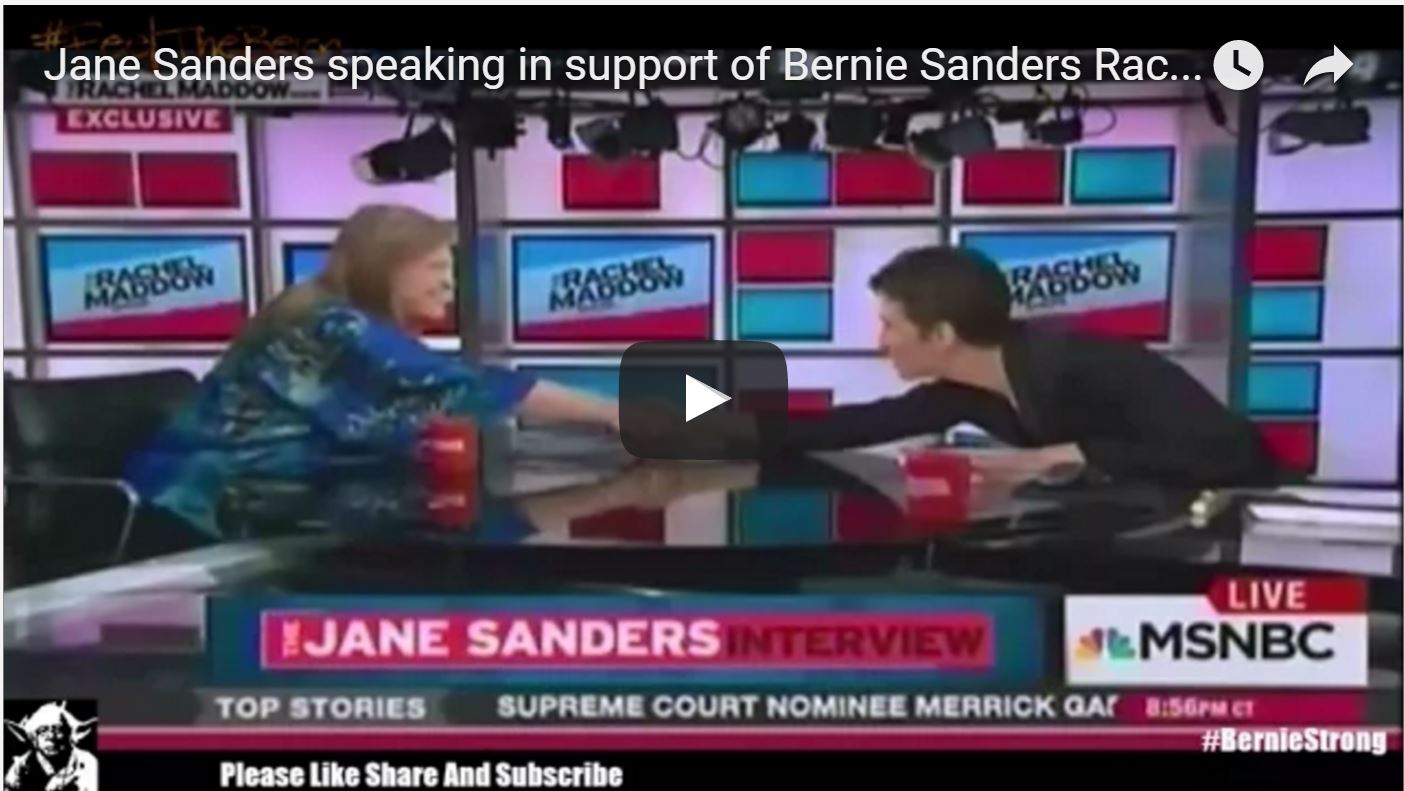 Jane Sanders, wife and top advisor of Bernie Sanders, offers candid and revealing observations about the state of the presidential campaign, and her role in it, including how Bernie Sanders and Hillary Clinton "are not on the same page."
Panama Papers: Shadow Economy for the World's Elites 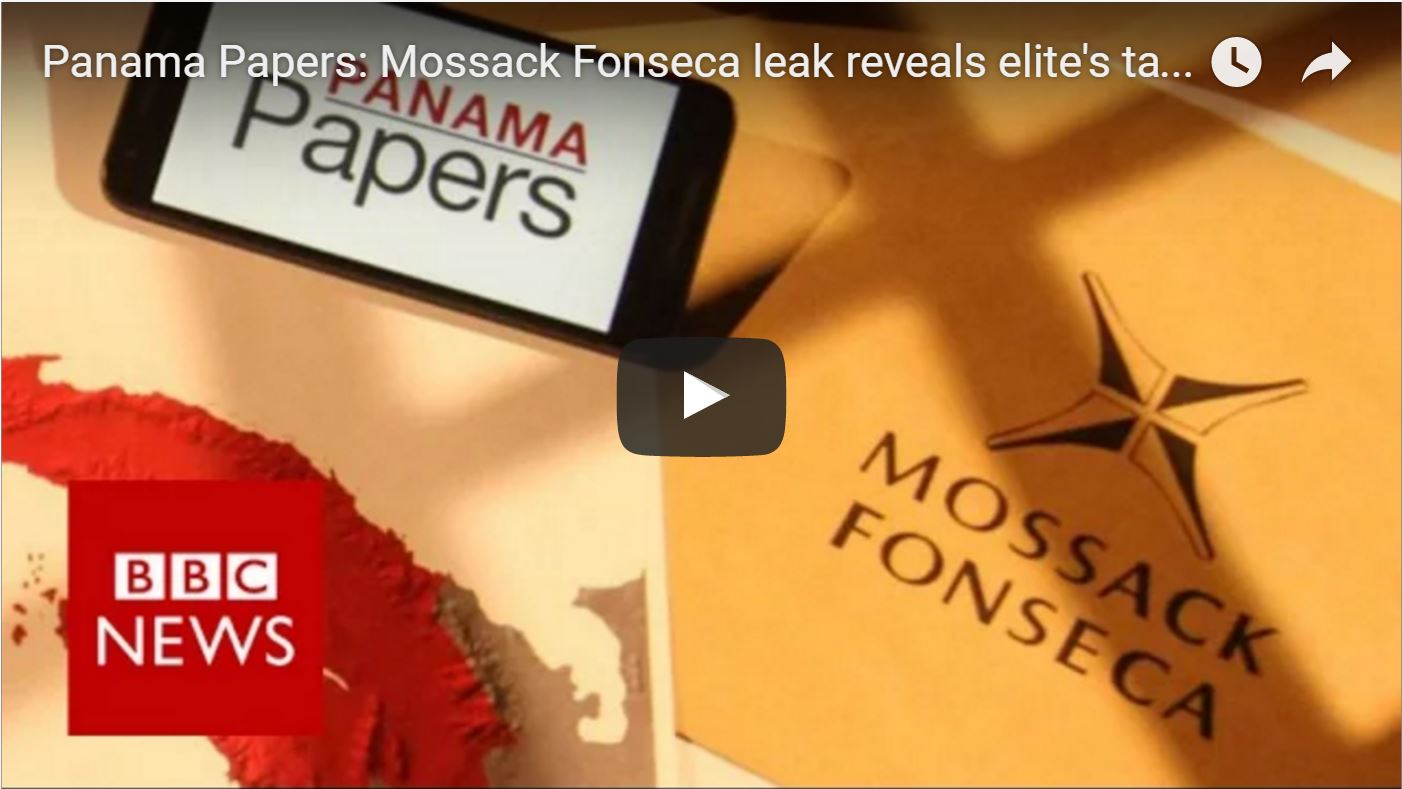 Four hundred investigative journalists are diving into over 11 million leaked documents from the Panamanian law firm Mossack Fonseca that creates shell companies for the rich and powerful to hide their assets, launder dirty money, and shelter income from taxes.