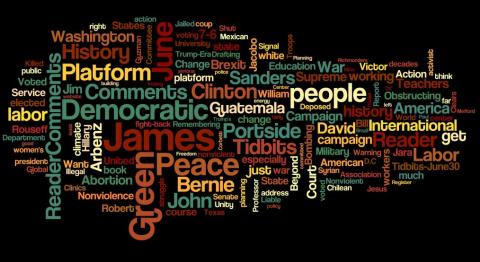 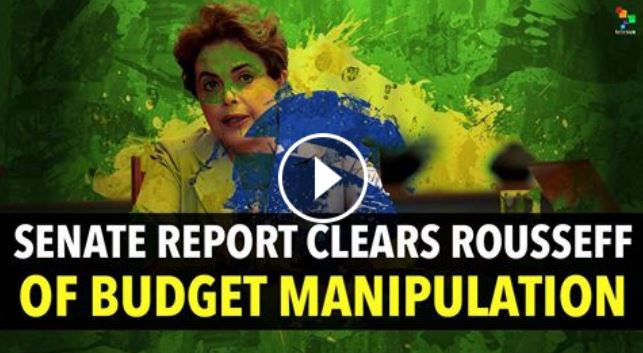 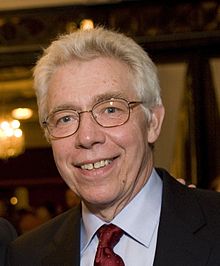 With great sadness we mark the passing of James Green, former president of the Labor and Working Class History Association (LAWCHA); scholar, activist, and mentor to countless labor historians. He died yesterday [June 23, 2016] following a long battle with cancer. In April, at the LAWCHA-OAH banquet, Jim was honored with LAWCHA's Distinguished Service Award, the text of which follows:
LAWCHA's Award for Distinguished Service to Labor and Working-Class History this year goes to James Green, Professor Emeritus of History at the University of Massachusetts Boston, in honor of his exemplary contributions to the field and its members and this organization over so many years.
In seven books, many articles, films, exhibits, local tour guides, and other cutting-edge labor education and public history projects, Professor Green has opened new avenues of scholarly inquiry and pioneered new ways to communicate historical narratives to broad audiences.
Devoted first and foremost to education, Green has made labor history into public history over the last half century at the University of Massachusetts, while providing models for other labor historians to follow, including by his role in documentaries of working-class history in "The Great Depression," with Blackside Productions, and most recently "The Mine Wars," aired nationally this year in PBS's distinguished "American Experience" series.
As an activist, Jim has been part of nearly every struggle for social justice over the past five decades.
A founding member of LAWCHA, Jim was elected President in 2003 and during his term of office helped launch the organization's journal, LABOR: Studies in Working-Class History of the Americas, serving later as associate editor.
For all of this and much more, we present this award to our colleague and comrade Jim Green.
Sadly,
James N. Gregory,
President, Labor and Working Class History Association
====
James Green, RIP
James Green, preeminent labor historian, has died. His books reached far beyond the academy to transform popular understanding of the United States' most dramatic labor incidents. Probably his most famous book is Death in the Haymarket: A Story of Chicago, the First Labor Movement, and the Bombing that Divided America. His last book was also brilliant. The Devil Is Here In These Hills: West Virginia's Coal Miners and Their Battle for Freedom brought the reality of the incredibly terrible lives of these workers and their rebellion that led to the Battle of Blair Mountain, the largest civil uprising in the United States since the Civil War, into the public consciousness. His book was adapted by PBS into a documentary for The American Experience titled The Mine Wars, which is also quite excellent. A great historian and a great loss.
Erik Loomis,
posted on the website -  Lawyers, Guns & Money
====
JamesGreenWorks - the website of Jim Green
This Week in History - June 27, 1954: Jacobo Arbenz Guzman Deposed in Guatemala
On June 27, 1954, democratically elected Guatemalan president Jacobo Arbenz Guzmán was deposed in a CIA-sponsored coup to protect the profits of the United Fruit Company. Arbenz was replaced by decades of brutal U.S.-backed regimes who committed widespread torture and genocide.

This painting by Diego Rivera, "Gloriosa Victoria," tells the story of the 1954 overthrow of the democratically-elected Jacobo Arbenz government. Coup Colonel Carlos Castillo Armas greets secretary of state John Foster Dulles, who holds a bomb with the face of Eisenhower, surrounded by people who were murdered in the coup. To his left is U.S. ambassador John Peurifoy with military officers and CIA director Allen W. Dulles whispering in his brother's ear. On the right, the archbishop of Guatemala, Mariano Rossell Arellano, blesses the act, while Guatemalans protest.
Read a description of the coup in an excerpt from the book Harvest of Empire by Juan Gonzalez here. Here are resources from Teaching for Change on the history and literature of Central America.
Zinn Education Project
Mass Nonviolent Action Against War: Washington, DC - September 26

World Beyond War is planning a big event in Washington, D.C., in September 2016, just after the International Day of Peace, including a conference running from 12:00 noon to 8:00 p.m. on Friday September 23, 9:00 a.m. to 7:30 p.m. on Saturday September 24, and with speakers and activist workshops from 10:00 a.m. to 2:00 p.m. on Sunday the 25th. We're also working with the National Campaign for Nonviolent Resistance (NCNR) which is planning a nonviolent activism training and planning session on the 25th and a nonviolent action in D.C. on Monday morning September 26th, with support from Campaign Nonviolence.
Join us to learn about and engage in working on viable alternatives to war and militarism.
No War 2016: Real Security Without Terrorism
When you register, you can let us know which days you will attend and whether you wish to take part in the nonviolent activism on the 26th. If you would like to take part in that action only, and not the conference, please contact Malachy Kilbride.
As the war system keeps societies in a state of permawar, we have reached  a stage in human history at which we can say with confidence that there are better and more effective alternatives. Of course we know the question: "You say you are against war, but what's the alternative?" This event will develop answers to that question, building on World Beyond War's publication A Global Security System: An Alternative to War. http://worldbeyondwar.org/alternative (A second edition will be published before the conference and we welcome all input!)

Click here to see photos and bios of all speakers.

Venue: No War 2016 will be held at American University’s School of International Service, in the Founders Room and a number of other rooms in the same building. We thank Jeff Bachman for the wonderful venue! [map]