Martin Luther King's last book was downplayed when it was first published in 1967; even radicals thought it passe. On the 50th anniversary of its first publication--it is still in print-- the reviewers find much of value here for contemporary readers. 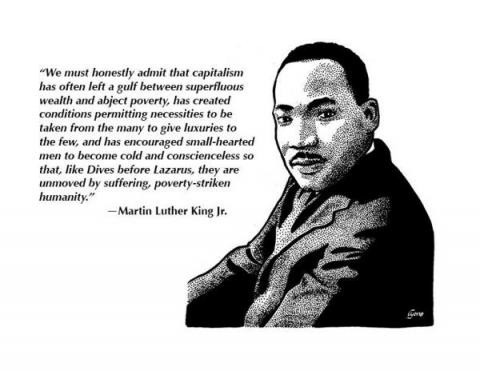 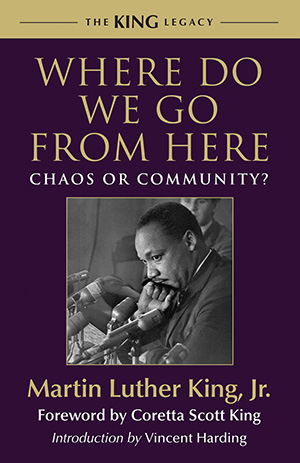 King called for a social and economic rights program not limited solely to African Americans. "Equality with whites," writes King, "will not solve the problems with either whites or Negroes if it means equality in a world stricken by poverty and in a universe doomed to extinction by war."[18] Poor people of all colors and ethnicities have "common needs" for a war on poverty that "is no less desperate than the Negroes."[19] "This proposal," writes King, "is not a `civil rights' program, in the sense that the term is currently used. The program would benefit all the poor, including the two-thirds of them who are white."[20] King's goal for the movement and the "beloved community" is guided by a commitment to economic justice that incorporates and transcends race. "The impact of automation, and other forces," writes King, "have made the economic question fundamental for blacks and whites alike."[21] King knew, and implored others to recognize, that the issue was bigger than civil rights for blacks-rather he was making a case for economic rights for all as a validation of civil rights for all.