Who Wants to Join a Union? A Growing Number of Americans

U.S. workers have not given up on unions-a survey of the workforce found interest in joining unions to be at a four-decade high. But few workers who don’t belong to unions will get to join one, since fewer than 1% will experience an organizing drive. 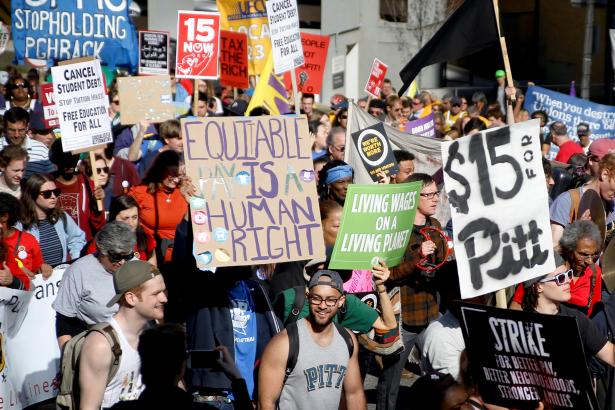 Fighting for a $15 an hour wage in Pittsburgh., AP Photo/Keith Srakocic

Only 10.7 percent of American workers belong to a union today, approximately half as many as in 1983. That’s a level not seen since the 1930s, just before passage of the labor law that was supposed to protect workers’ right to organize.

Yet American workers have not given up on unions. When we conducted a nationally representative survey of the workforce with the National Opinion Research Corporation, we found interest in joining unions to be at a four-decade high.

The results obtained from nearly 4,000 respondents show that 48 percent – nearly half of nonunionized workers – would join a union if given the opportunity to do so. 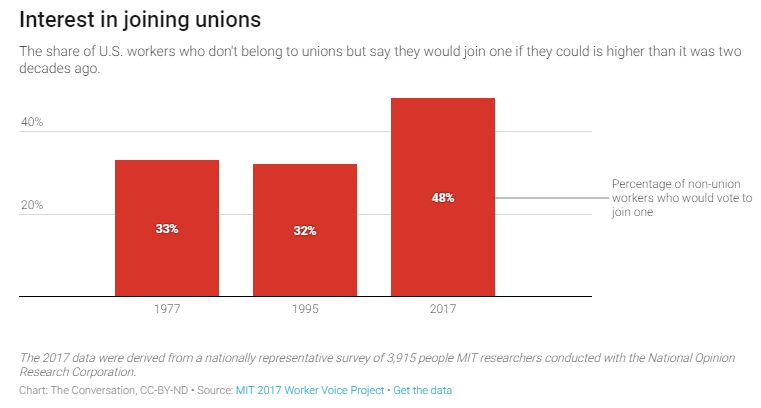 That marks a sharp increase from about one-third of the workforce expressing this preference in 1977 and 1995, the last two times this question was asked on national surveys. The scale of this change indicates that 58 million American workers would want to join a union if they could, quadruple the number of current union members. 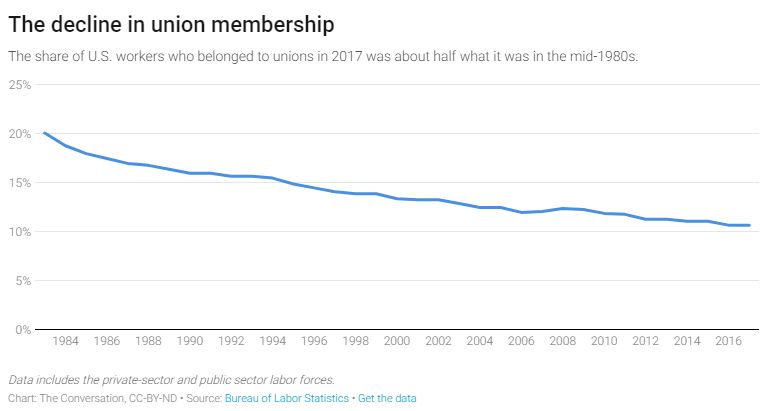 A question of influence

One of the strongest predictors of who might join a union is the size of the gap between the amount of say or influence they expect to have at their workplaces and their real-life experience.

More than 50 percent of the workers who took part in our survey reported they have less say than they feel that they ought to have, what we call the “voice gap,” on key issues such as benefits, compensation, promotions and job security. Between a third and half of the workers we surveyed reported a gap between expected and actual say or influence on decisions about how and when they work, safety and protections from discrimination. 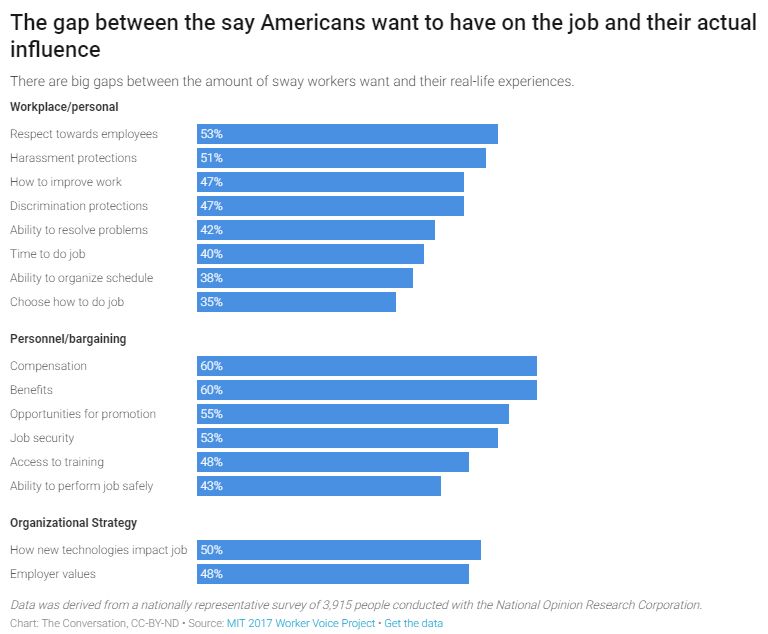 While workers are clear on what they want, the reality is few workers who don’t belong to unions will get to join one, since fewer than 1 percent will experience an organizing drive at their workplaces. Also, fewer than 10 percent of all these efforts to unionize and get a collective bargaining agreement succeed when employers resist.

Recognizing these obstacles, unions are turning to new strategies for improving working conditions. Perhaps the best example is union support for a US$15 minimum wage that would primarily benefit workers who aren’t their members.

Several new organizing efforts are taking shape, benefiting everyone from South Florida tomato pickers to baristas toiling in a Starbucks near you.

But unions and these new forms of advocacy can’t get workers the voice they expect on their jobs until U.S. labor laws become stronger.

Duanyi Yang is a Ph.D. Candidate, Massachusetts Institute of Technology

Will Kimball is a Ph.D. Student, MIT Sloan School of Management

Become a friend of The Conversation … and be a part of a better conversation. Your tax deductible donation makes a big difference.