Saudi Arabia's apparent assassination of Jamal Khashoggi might have taken inspiration from Russia and North Korea - or Israel and the United States. State-sponsored assassination is a ruthless gamble. But other countries have gotten away with it. 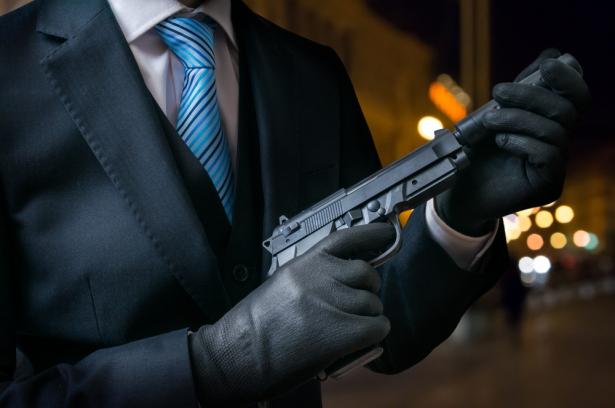 Russia, North Korea, and Saudi Arabia are the latest members of a select international club.

Assassins Without Borders has roots that go back, in the modern era at least, to the policies of the Soviet Union, Chile, Israel, Bulgaria, and the United States. All of these countries share a single trait. They were willing to defy international law in order to assassinate their critics and opponents in other countries.

No fair assessment of evidence. No due process.

Just rub them out at a distance. Like Saudi Arabia had done — reportedly — to one of its domestic critics.

The Saudi regime had been unhappy about journalist Jamal Khashoggi for some time. The Washington Post columnist had previously been a regime loyalist before he decided that Saudi Crown Prince Mohammed bin Salman had crossed a line. He decamped to the United States and began to launch long-distance attacks. The regime decided to reciprocate in kind.

Khashoggi was no obscure dissident. He knew the secrets of the regime. And he was prominently placed — both in the mainstream media and in social media with close to 2 million Twitter followers — to do maximum PR damage.

The Saudi authorities already discussed a plan to lure Khashoggi back to the country for a kangaroo trial. But when he entered the consulate in Istanbul to obtain wedding papers, Khashoggi walked into something else: interrogation, torture, and execution by a 15-person team dispatched from Riyadh.

It’s one thing for Riyadh to kill its critics through a dubious court process at home, as it did the Shia cleric Nimr al-Nimr. That was a “sovereign” matter. It has also gotten away so far with killing thousands of Yemenis, with U.S. assistance. But Yemen is about as poor and obscure as a country can be these days.

Assassinating a well-known journalist with lots of high-placed friends in the United States: now that’s a risky move.

Even the Trump administration has had to pretend to take this matter very seriously, although Trump himself has suggested that maybe it was a rogue band of killers that somehow broke into the Saudi embassy in Istanbul to do the job and that, as with Brett Kavanaugh, everyone is innocent until proven guilty (except for Khashoggi, of course, who was declared guilty and executed without any proof of guilt offered).

State-sponsored assassination is a ruthless gamble. But other countries have gotten away with it. No doubt that Saudi Arabia expects that the tempest will blow over, and the world will once again flock to Riyadh in pursuit of oil, investments, and geopolitical intrigue.

After all, that’s what has happened with North Korea. In the absence of oil, nuclear weapons will do in a pinch if a regime needs international exoneration.

Last year, the Kim Jong Un regime sent agents to Malaysia to take out Kim Jong Nam, the North Korean leader’s older half-brother. These agents in turn hired Indonesian and Vietnamese accomplices, who say that they thought it was a prank for reality TV, to apply in succession the components of VX nerve agent to the hapless brother. He died on the way to the hospital. According to South Korean intelligence, from the moment he took control of the country, Kim Jong Un wanted his brother dead. It took him six years to accomplish the task.

There was global outrage at the assassination. The two women accomplices are on trial in Malaysia, still declaring their innocence. Kim Jong Un, on the other hand, is meeting with world leaders, like Moon Jae-in in South Korea and Donald Trump in Singapore. He might even share a Nobel peace prize if he plays his cards right.

Russia has been more aggressive in its pursuit of critics. Russian agents used polonium to poison and kill former KGB agent Alexander Litvinenko in London in 2006. It employed a nerve agent in an attempt to kill Sergei Skripal and his daughter in Salisbury, England, an attack that even Donald Trump now acknowledges was likely a Kremlin plot. Russian opposition activist Vladimir Kara-Murza has fallen deathly ill twice from poisonings, both on trips back to Russia.

But Putin doesn’t believe in just killing one person as a warning. He does everything to excess. Consider Mikhail Lesin, the founder of the Russia Today network. He was about to spill the beans to the FBI in Washington, DC in 2015 when he was discovered, just before the scheduled interview, dead in his hotel room. Initially, DC police attributed the death to a drunken fall down stairs. But FBI agents believe that he was actually bludgeoned to death.

According to a Buzzfeed investigation last year, several other deaths of vocal Putin critics in England attributed to suicide or natural causes were actually hits, including oligarch Boris Berezovsky in 2013, whistleblower Alexander Perepilichnyy in 2012, Georgian tycoon Badri Patarkatsishvili in 2008, and cofounder of the Yukos oil conglomerate Yuri Golubev in 2007.

The attempt on Skripal finally seemed to get the notice of the UK. The May government has called foradditional EU economic sanctions against Russia and brought charges against two members of Russian military intelligence after discovering traces of the Novichok nerve agent in the room they rented in London. But the UK is on the verge of leaving the EU and the two operatives are safely back in Russia.

Saudi Arabia might be calculating that Russia, despite a series of overseas hits, is not an international pariah — so maybe Riyadh can get away with one such job.

In 1940, Stalin finally got his wish: the assassination of one of his most vocal opponents abroad, Leon Trotsky, in Mexico. Stalin would only live another 13 years and Stalinism effectively died with him.

In 1976, agents of Chilean dictator Augusto Pinochet assassinated Orlando Letelier, former ambassador to the United States under the leftist Allende government. Pinochet would fall from power and eventually died under house arrest with numerous charges of human rights violations pending. The Chilean government has indicted Armando Fernandez Larios for his involvement in the assassination and has called for his extradition from the United States to Chile for trial.

In 1978, Bulgarian agents used the poisoned tip of an umbrella to kill dissident writer Georgi Markov in London. Bulgaria’s Communist regime of Todor Zhivkov lasted only another 11 years.

Stalin, Pinochet, Zhivkov: history does not look kindly upon them. On the other hand, Saudi Arabia might be looking at a different set of historical cases.

Israel, for instance, has assassinated a large number of would-be citizens of its state, namely Palestinians.

Most recently, Israel has killed over 200 residents of Gaza who began protesting last March the conditions in the enclave and demanding the right to return to their expropriated land. Going back to the 1950s, it also assassinated a West German rocket scientist working for Egypt, a Libyan embassy employee in Rome, an Egyptian nuclear scientist in Paris, a Brazilian colonel in Sao Paolo, a Canadian engineer in Brussels, a number of Syrian military men, and several Iranian scientists. And yet no one has been brought to trial for any of these killings.

The United States, meanwhile, has attempted, supported, and occasionally succeeded in killing overseas leaders. But it was only in 2011 that it assassinated U.S. citizens. That year, the Obama administration authorized a drone strike in Yemen that killed two U.S. citizens — Anwar al-Awlaki and Samir Khan — and then another strike two weeks later that killed Awlaki’s 16-year-old son. The Obama administration did not face any consequences for this extrajudicial killing.

The Saudi government probably felt that it could get away with this assassination of Khashoggi because of its close relationship with the Trump administration. It had also been successfully wooing America’s liberal elite. Saudi Crown Prince Mohammed bin Salman, for instance, garnered rave reviews from journalists like Tom Friedman, who declared the reform agenda of the likely next Saudi king to be an “Arab spring.”

But it’s also not hard to conclude that Saudi Arabia felt that it could take out a journalist because of a more general lawlessness that is pervading the international community. Russia’s innovative mixture of government policy and mafia operations is part of it. So is the Trump administration’s overall disregard for human rights. Then there’s the open season that’s been declared on journalists, many of them like Daphne Anne Caruana Galizia in Malta and Jan Kuciak in Slovakia targeted for their reporting on corruption.

At a time when right-wing populists want to shut down borders to prevent migrants, refugees, and asylum-seekers from finding safe refuge, another type of border crosser is having an easier time of it: the assassin. If Saudi Arabia gets away with its latest atrocity, the club of Assassins Without Borders will soon be inducting many new members.

[John Feffer is the director of Foreign Policy In Focus and author of the dystopian novel Splinterlands.]