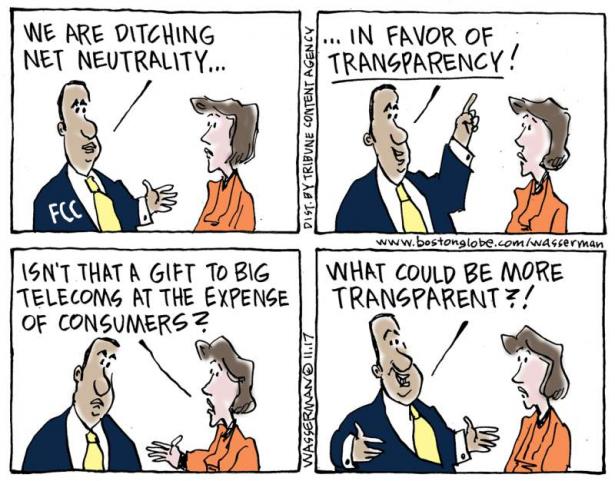 Corporations like Amazon, Palantir and Microsoft are profiting from and expediting Trump’s incarceration and deportation operations.

BusinessEurope – which represents trade federations across the EU and a clutch of global corporations such as Google and Facebook – describes how it will “oppose the new increase of ambition” and “challenge the process.”

We’re hopeful that the court, like the last one that considered the case, will side with the plaintiffs, seven individuals blocked by Trump.

Whether the FCC can preempt state net neutrality laws is expected to be decided by the US Court of Appeals for the District of Columbia Circuit.

By Gregory Shupak
October 23, 2018
Fairness and Accuracy in Reporting

The media’s attempt to present a “balanced” version is a fundamentally flawed approach, because it erases myriad, consequential differences.

Bad actors, both foreign and domestic, use social media platforms to tap into the highly charged and partisan nature of American politics for financial or political gain.