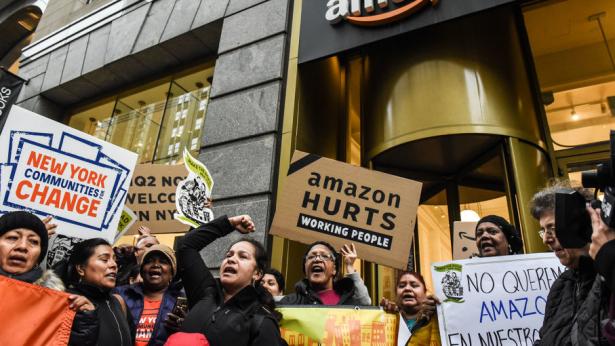 The final report of UK Parliamentary select committee’s 18-month investigation into disinformation and fake news accused Facebook of purposefully obstructing its inquiry and failing to tackle attempts by Russia to manipulate elections.

A win for Queens activists but a ‘facepalm’ for tech leaders.

The World Is Choking on Digital Pollution

Society figured out how to manage the waste produced by the Industrial Revolution. We must do the same thing with the Internet today.

The AI Text Generator That's Too Dangerous to Make Public

Google recently joined Microsoft in adding language to its financial filings warning investors that its AI software could raise ethical concerns and harm the business.

Members of the media and various groups say the arrest of Rappler CEO Maria Ressa is clearly part of the Duterte administration's attack on press freedom.

CBS Cuts Off Trump to Broadcast 'The Price is Right'

CBS cut away from Trump's emergency address after 21 minutes to show 'The Price is Right' which is normally broadcast at that time.