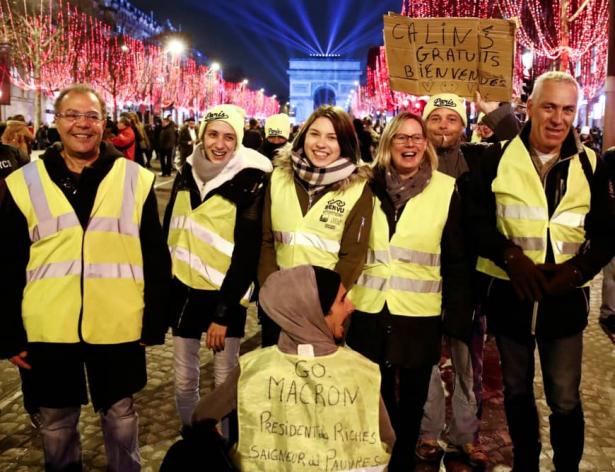 Yellow Vests pose during the New Year's celebrations on the Champs Elysees. A slogan on a vest reads: "Go Macron, president of the rich, slayer of the poors" as a placard reads: "Welcome free hugs",Photo: Reuters

Project Montréal is a liberal democratic to social democratic municipal party formed in 2004, rising in prominence to win the majority of council seats for the first time in 2017 under the leadership of mayor Valérie Plante, Montreal’s first woman mayor.

Riot police using flashballs and rubber bullets in France have caused severe harm. Now, a movement is growing to disarm them.

President Bouteflika's decision to run for fifth term is only one cause of widespread public anger.

With its loss of the presidency in El Salvador’s recent elections, the gains of the revolutionary project launched by the FMLN in 1980 are in serious jeopardy.

The Swaziland Youth Congress (SWAYOCO) held its 12th National Congress in South Africa, because of political repression in Swaziland. The main theme of the congress — the first held since 2013 — was democracy and “reawakening youth zeal for liberation”.

Protests that had started with demands over unpaid wages and working conditions have turned into protests against capitalism, neo-liberal privatisation and the deregulation of the labour market.