Carrying on from Raymond Williams' Keywords, the classic study of capital's appropriation of words for its own ends, the book under review looks at contemporary linguistic usage that serves and reinforces dominant class interests. 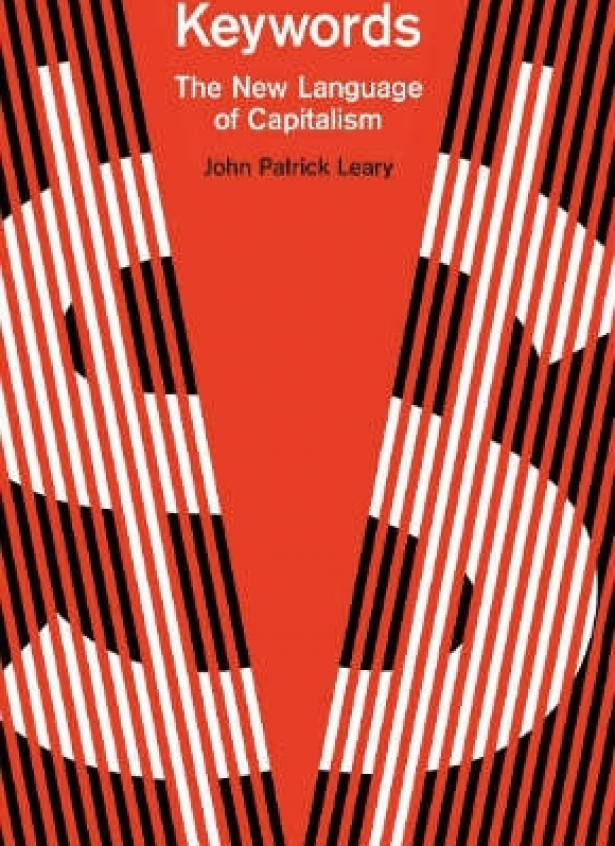 In 1976, Raymond Williams published Keywords, an etymological survey of significant terms in the modern English lexicon. By tracing the semantic development of words like ‘culture’, ‘art’ and ‘sex’, Williams exposed the mutability of these concepts across different historical periods. He demonstrated that seemingly monolithic terms carry complex layers of meaning which have built up over time. Since these layers often stand in contradiction to one another – since, for example, the nineteenth-century idea of ‘culture’ clashes with its eighteenth-century antecedent – language is not a neutral field in which the meaning of a signifier can be objectively determined.

The politics of language

It is rather a site of political contestation: a battleground in which distinct, historically constructed meanings struggle for hegemony. These divergent semantic fields point, in turn, to divergent societal interests. Williams writes that the word ‘welfare’ was originally used among the general population ‘to indicate happiness and prosperity’ (p.331), whereas the connotations it took on in Thatcherite discourse were altogether different. So, the elasticity of words does not just evidence historical change; it also points to class antagonism. If a word can be altered to meet the demands of a specific era, it can be changed to reflect the influence of a certain social group.

As a literary critic, Williams was interested in teasing out the tensive, overlapping strands of meaning which exist within a poem or a novel. He saw that these contradictory meanings expressed opposing social forces; and that the close analysis of textual features can therefore reveal something about society as a whole (by showing up its ideological fault-lines, competing interests and cultural fissures). But Keywords took this kind of criticism to a new level. Rather than excavating the social conditions that inform a work of literature, Williams’ 1976 study outlined the political resonances of our everyday speech. He showed how our vocabulary is permeated by assumptions about society, justice, gender, the economy, the natural world and the human subject, all of which grew out of determinate social and material conflicts. By the very fact of using language, we are thus engaged in these conflicts. Whether we know it or not, speaking makes us active participants in the subterranean struggle between semantic systems.

The value of Williams’ work was twofold. First, it denaturalised words, expanding the critical initiative of the Russian Formalists, who sought to highlight the ideological content of language by rendering it ‘unfamiliar’. In estranging us from our speech – presenting it as a political instrument which can contribute to our oppression, instead of a straightforward tool for communication – he allowed us to reflect critically on this integral aspect of the social world. To improve our understanding of contemporary capitalism, it is not always necessary to devour reams of economic theory; we can simply pause to consider the words we use, where they come from and what they mean.

Second, once we have gained this political insight, we can move beyond the spontaneous, supposedly neutral use of language (which tends to serve elite interests), and develop discourses that fulfil a progressive function. This could mean dispensing with words which are steeped in ruling-class ideology (such as racist epithets); it could mean wresting terms from the semantic clutches of the bourgeoisie (as in Bernie Sanders’ reclamation of ‘socialism’); or, in the case of literary criticism, it could entail the extrapolation of some radical kernel from a seemingly reactionary text. Given this model of linguistic intervention, it is easy to draw parallels between Williams’ project and Freudian psychoanalysis. In both discourses, mundane features of everyday speech are symptomatic of complex underlying conditions which can be revealed – and perhaps cured – when we listen attentively to their internal dynamics. Williams’ book is many things: a work of history, sociology, linguistics, politics and cultural criticism. But it is, at its most basic level, an astonishing example of this listening exercise.

We should therefore find it heartening that twenty-first-century writers have adapted and extended Williams’ critical method, applying it to the debased vocabulary of neoliberalism. Politico-literary analysis of our current linguistic horizon has been published by Wendy Brown, Stefan Collini, Doreen Massey and Marine Holborow among others. But the most direct reference to Williams’ foundational text is John Patrick Leary’s Keywords: The New Language of Capitalism. This book takes dozens of words from the technocratic, marketised, Silicon-Valley-inspired discourse which has become ubiquitous since the 1980s, and scrutinises them for their implicit commentary on social relations.

The boring and impartial veneer is removed from terms like ‘competency’, ‘data’, ‘excellent’ and ‘smart’, to reveal a logic of authoritarianism, profiteering and exploitation which is embedded in these commonplace descriptors. Like the original Keywords, Leary’s text is structured as a series of short essays, each of which explores a single term with some decisive position in our ideological matrix. There is little in the way of an explicit argument on the discursive characteristics of late capitalism, or how they have changed since Williams’ day. Rather, one gets a sense of these general trends by observing how specific words are made to function; how they entrench a philosophy of individualism, cement dogmatic faith in the market and delimit the sphere of political possibilities.

One recurrent feature of neoliberal language is the depoliticisation of words which previously suggested conflict or subversion. Leary tells us that ‘innovation’ and ‘disruption’ once had a charged religious significance. Both were used pejoratively to describe dissent from an established order (especially a divine or ecclesiastical one). In the late eighteenth century, Edmund Burke employed the word ‘innovation’ to pronounce on the French revolutionaries, while a Catholic pamphlet of 1837 used ‘innovator’ and ‘heretic’ interchangeably (p.114). Over the past few decades, however, these terms have become fixtures in postmodern business jargon, where they sit alongside other hollow catchwords like ‘dynamic’ and ‘revolutionary’, all of which denote change, progress and transformation, yet within exceedingly narrow limits determined by the market.

Words which once evoked a clash between the dominant ideology and a dissenting force have been redefined to eradicate the idea of this collision. Instead of ‘innovation’ coming about as a result of ideological confrontation, it now occurs within the established order. Rather than ‘disruption’ signalling a systemic shift, it denotes something inherent to the current system. The language of neoliberalism thereby demonstrates its appetite for constant ‘shake-ups’ – change, renewal and adaptation – so long as this ‘disruption’ poses no political threat.

Neoliberalism, the self and labour

Such an analysis of ‘change’ under capitalism is nothing new. It was forcefully articulated in Frederic Jameson’s landmark study Postmodernism: Or the Cultural Logic of Late Capitalism, which explains how the imperative for constant change in contemporary culture paradoxically supports a fixed and static ideological edifice. Before that, the concept of endless variability within a unitary structure was used by Marx to describe the commodity, which offers the consumer a plenitude of choice within a stifling and restrictive form. Nonetheless, Leary’s application of this critique to familiar vocabulary is eye-opening for anyone who is forced to engage with corporate-speak (which is most of us nowadays).

He extends this line of thought to the conception of the self in neoliberalism through some illuminating notes on ‘empowerment’ – another word whose overtones of struggle and conflict have been excised. While employees were previously ‘empowered’ to take on their bosses, they are now ‘empowered’ to perform their assigned roles in the workplace. The neoliberal subject becomes empowered by aligning her identity with the demands of the market. Which means that, in a nightmarish paradox, one now gains a selfhood by relinquishing one. Neoliberalism encourages one to become a free, autonomous, all-sovereign ‘entrepreneur of the self’; yet such ‘individuality’ is established by submitting to the coercive dictates of capital (p.76).

Keywords documents how this pseudo-empowerment restructures the way we view labour. ‘Work as labour – exhausting, exploitative, but performed with and for others – fades into the background of work as the acquisition of self’ (p.17). As work becomes a means (perhaps the only means) of forming an identity, its interpersonal dimension goes unnoticed. If each employee views her activity as a solipsistic bid to acquire selfhood, she neglects her relations with her colleagues and her bosses – a situation which at once obscures workplace hierarchies and impedes collective organisation. Under this regime, a worker can perceive her dismal conditions as character-building, as a route to self-realisation rather than an effect of structural injustice. The more time she spends in the office, the more she carves out a stable sense of self (or builds her ‘personal brand’, p.30).

A word that is instrumental to this process is ‘passion’. Miya Tokumitsu discussed the language of ‘worker passion’ in her important article ‘Forced to Love the Grind’, which appeared in Jacobin in 2015. When work morphs from a service performed for another into an exercise undertaken for oneself, workers are expected to demonstrate a passionate commitment to their roles. While a sense of dedication and self-validation would at one point have been associated with practicing the violin (or carrying out any other meaningful autotelic pursuit), this experience of personal enthusiasm is now supposed to describe the correct attitude towards our professional obligations. (It is worth noting, on this front, that Marxists and neoliberals agree on the ideal definition of labour, as a passionate release of creative energy which enables self-fulfilment; it is just that the former believe this meaning could only take shape in an equal society, whereas the latter have harnessed it in the present to enrich themselves off others’ toil).

Tokumitsu writes that ‘passion’, in this context, came to be measured by the number of hours that one works; which meant that managers, entitled to expect the utmost passion from their employees – who, after all, should be grateful to receive a place on the golden road to self-realisation – could extend the workweek indefinitely. If workers failed to keep up with these demands, they were said to lack ‘resilience’, a word which Leary defines as the ability to labour effectively in ‘vulnerable, precarious, non-unionized’ conditions (p.150).

Leary’s study teaches us a huge amount about the intricacies of market logic through its interrogation of these terms. While Williams chose to analyse words which could be reclaimed for the left, his inheritor seem to think that ‘the new language of capitalism’ must be rejected wholesale. His introduction urges us to argue ‘for free time, not “flexibility”; for free health care, not “wellness”; and for free universities, not “the marketplace of ideas”’ (p.19), all of which sounds unobjectionable. But Leary loses something by simply pitting one vocabulary against another, or contrasting the old with the new. He ignores the extent to which the dominant lexicon can generate values and ideas which undermine its own foundations.

A more ambitious work would exploit the weak-points and contradictions in this language, using them to forge a counterhegemonic dialect. By refusing to present this vision, the latest Keywords lacks the boldness of its source text. As a record of our locutionary afflictions, however, Leary’s book is accessible, incisive, clever and compelling. Were I to adopt the language which Keywords rails against, I would describe its author as a thought leader whose passion shines through his smart and robust content, sustaining readerly engagement to create a conversation about the best practices to achieve empowerment in these dark times. But, as Leary well knows, sentences like that tend to leave a bad taste in the mouth.

Book author John Patrick Leary is associate professor of English at Wayne State University in Detroit. He is the author of A Cultural History of Underdevelopment: Latin America in the U.S. Imagination (2016).

[Essayist Oliver Eagleton is a freelance journalist whose work has appeared in Jacobin, Novara and openDemocracy, as well as Counterfire.]

Information on the British socialist organization Counterfire is available HERE