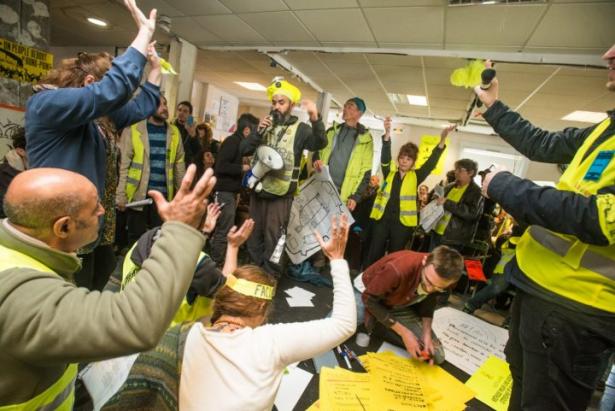 Cuba After the ‘Pink Tide’

Cuban society has been undergoing a much-needed transformation from within, as local neighbourhood associations, cultural groups, and anti-racist movements are challenging old dogmas and introducing new means of participation.

Faced with the charade of [Macron’s] “great debate”, in the face of a non-representative government which serves a privileged minority, we are setting up new forms of direct democracy.

More than a thousand gathered in Johannesburg to attend the Launch Congress.

If the housing activists gather 20,000 signatures, Berlin's government would be required to consider taking over nearly 250,000 apartments from big rental companies.

Algeria, Sudan, and the Arab Spring

The mass of people in North Africa are still a force to be reckoned with and the region is still far away from a return to authoritarian stagnation.

With the watershed Lok Sabha elections just around the corner, over 200 civil society and people’s movements organisations from across the country gathered in Delhi on April 6 to present a ‘People’s Agenda’ as well as a “chargesheet” recounting the PM Modi-led NDA government’s failures.

UK: A New Unionism for the Twenty-First Century

Henry Chango Lopez, President of the IWGB, and Petros Elia, former General Secretary of the UVW, talk about how their alternative works, and what we can learn from it.