Opposing views on Mexico's leader, international statements on the upsurge in the US, and more 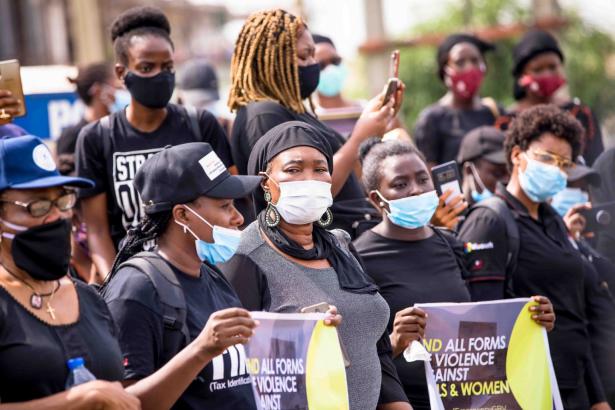 Sexual violence and femicide under lockdown motivated hundreds to take to the streets in Nigeria to demand the government take measures to stop sexual and gender based violence, Photo from Peoples Dispatch

Our goal in this text is to address the specific situation of the left amidst the crisis and to show how we can be proactive within it.

__________
From Pakistan: Anti-Imperialism and Internationalism

To overthrow capitalism and to ensure a sustainable planet, we need to build an integrated strategy that overcomes the manufactured rivalries between popular classes from the global North and the global South.

Following the nomination stage, members of the Corbynite activist network are choosing between 57 candidates competing to sit on the National Coordinating Group. Campaign groups Forward Momentum and Momentum Renewal have each unveiled a slate of candidates.

The security forces in Izhevsk (the capital of the Udmurt Republic of the Russian Federation) has had second thoughts about launching a criminal case against the co-ordinator of the Russian Socialist Movement Dmitry Morozov.

A series of mass protests have been organized in cities across Nigeria demanding that the government take immediate measures to curb sexual gender based violence.

Uruguayan workers went on a 4-hour national strike and mobilized in the capital Montevideo. The action was taken to protest the Urgent Consideration Law (LUC), promoted by the ruling right-wing government of President Luis Lacalle Pou.