We, the undersigned democratic socialists, want to make clear that the priority for the left in 2020 should be the electoral defeat of Donald Trump and the Trumpist Republican Party in November. 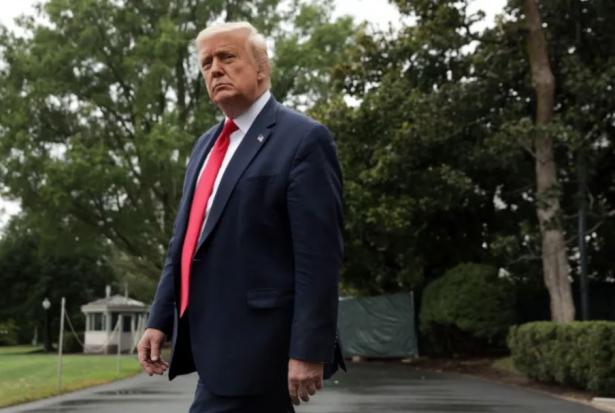 Donald Trump walks to board Marine One., Alex Wong / Getty Images // The Nation

We, the undersigned democratic socialists, want to make clear that the priority for the left in 2020 should be the electoral defeat of Donald Trump and the Trumpist Republican Party in November. At present, the only way to accomplish that will be to vote for his Democratic opponent.

The racist, xenophobic, misogynist authoritarianism of Trumpism poses an immediate existential danger to people of color, to immigrants, to reproductive rights, to trade unions, to LGBTQIA people, to Muslims, to Jews, to members of other religions, and to democracy itself. A Trump victory would fortify our authoritarian State, expand imperial aggression, and collapse the political space for democratic and left forces at home. Reversing the creeping neo-fascism at play in our country is a strategic imperative, the most urgent political task before us.

Trump’s regime is literally imposing massive casualties on people of color, immigrants, and women, by means of its work-or-starve campaign to restart the economy in the face of a raging pandemic; through indulgence of random, murderous assaults epitomized by the cases of George Floyd, Breonna Taylor, and Ahmaud Arbery; by the shutdown of abortion clinics; and by virtual death sentences imposed on incarcerated persons, including those detained by the vicious Immigration and Customs Enforcement agency. The mob attacks on Democratic state governments encouraged by the president call to mind the reversal of Reconstruction by terrorist partisans of the old Confederacy, after the Civil War.

Thousands are dying of the coronavirus each week, disproportionately people of color, particularly elderly nursing home residents, the incarcerated, and detained immigrants. How many more must be sacrificed?

As democratic socialists, we believe that the best way to defeat Trumpism as well as Trump himself is with a platform the breaks decisively with neoliberal policies, especially austerity, privatization, deregulation, and anti-worker trade deals. But in the near term, as a practical matter, alliances are also necessary with other anti-Trump forces, for the sake of a Democratic victory in November.

We should continue to promote the interests of working people above the 1 percent; to take on institutional racism and sexism in law enforcement, employment, and social services; to address catastrophic climate change; and to promote public health. But our core mission need not preclude us from urging a vote against Trump. Nor should it discourage us from enthusiastically backing progressive elected officials and candidates for office, such as “the Squad” in the House of Representatives.

Particularly important is vigorous support for avowed democratic socialists, such as Senator Bernie Sanders and Representatives Alexandria Ocasio-Cortez and Rashida Tlaib. They must be defended from efforts to pillory and defeat them, not least so that the ranks of progressives in office can grow.

Our electoral work will have the greatest impact when done cooperatively among all progressive constituencies, including trade unions, civil rights organizations, and community groups, as well as progressive political organizations. This collaborative approach powered the presidential campaign of Bernie Sanders and helped to elect Ocasio-Cortez and Tlaib, among others.

Trump’s commitment to the destruction of basic democratic institutions—the right to vote, an independent judiciary, a free press, Congress as a coequal branch of government, the sovereign character of state governments—would make further pursuit of a progressive agenda impossible. Nothing is more important than ensuring his removal from the White House in 2021.

To add your name to this statement, go to www.dsanorthstar.org/defeattrump

Additional signers (as of Aug. 5):

To add your name to this statement, go to https://www.dsanorthstar.org/defeattrump.html