At one time this magazine tangled with the FBI, the Atomic Energy Commission and Joseph McCarthy 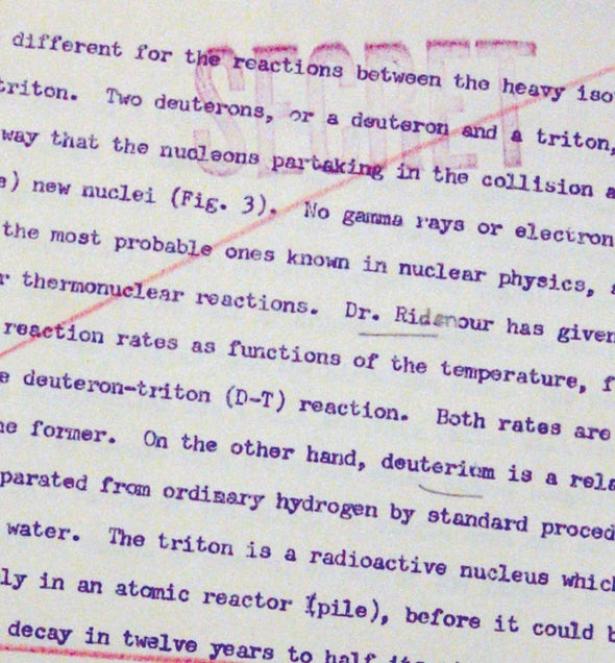 On April 1, 1950, the New York Times carried a sensational front-page headline, “U.S. Censors H-Bomb Data; 3,000 Magazine Copies Burnt.” The story's lead sentence read: “Gerard Piel, editor of the Scientific American, attacked the censorship policies of the Atomic Energy Commission yesterday when he disclosed ....” The article went on to report that the government had destroyed every trace of the original text by physicist Hans Bethe, melting down the “objectionable linotype slugs” at the printing plant and then incinerating the “complete file of proofs” along with those 3,000 printed copies.

Piel, a scion of the family that brewed Piels Beer, was one of the first journalists to recognize the implications of nuclear research for weapon making, and he faced censorship, blacklisting and surveillance. Reporting for Life from 1943 to 1944, Piel was shown a telegram from the wartime Office of Censorship warning the magazine that certain topics, such as “atomic energy” and “uranium,” were now classified. “I took that telegram as a reading list,” Piel recalled. During an interview with Piel, Robert W. Wood of Johns Hopkins University fumed about a secret Manhattan Project that was placing heavy orders for his spectroscopic research equipment. The physicist, however, figured out the purpose of the classified endeavor. “They're engaged in making the most frightful weapon,” Wood told Piel.

Realizing the “Age of the Atom” was dawning, Piel spoke with close colleagues at Life about a new publication with the editorial independence for an informed discussion about the uses of science. With Life buddy Dennis Flanagan and New York friend Donald H. Miller, Jr., Piel relaunched the moribund Scientific American in 1948 with a simple editorial approach. Leading scientists would explain developments in their fields to intelligent readers, and Scientific American's editors would translate their convoluted texts into readable prose. This editorial formula captivated its educated audience, eventually attracting essays by more than 150 Nobel Prize winners, including Albert Einstein, Niels Bohr and Francis Crick.

After Piel recruited colleagues from Life, famed informer Whitaker Chambers, then a senior editor at Time, told the FBI “that a group of three or four people left Time and became editors of Scientific American.” He also reported they were “probably Communist sympathizers,” adding erroneously that “a mysterious subsidy” became available to buy Scientific American.

In 1950 Scientific American joined the nuclear debate with a four-part inquiry into the hydrogen bomb. In the first installment, scientist Louis Ridenour criticized the decision to build this destructive weapon and condemned the “bankruptcy of our secrecy policy” that stifled public debate. A month later, in the April 1950 issue, physicist Hans Bethe pleaded for finding ways to“save humanity from this ultimate disaster” by reconsidering the president's decision to build the new super bomb. Because he had circulated his draft among colleagues, the Atomic Energy Commission (AEC) had seen the manuscript, and it telegrammed the magazine to bar publication of Bethe's article, which had already gone through part of its press run. When Piel asked for specific objections, the AEC replied that any details could compromise national security. In a closed-door confrontation, the AEC finally agreed to permit publication with some “ritual deletions.”

Piel recalled that at this sensitive juncture, Miller asked the AEC security officers: “Well, what do we do with the 3,000 copies already printed of the magazine?” Miller then suggested: “There are good shredders up there. But then, you know, someone could take the shredded pieces and put them back together again. Maybe it's better to burn it, don't you think?” Oblivious to the symbolism after a war against Nazis who had staged book burnings, the tone-deaf AEC security men agreed. All those 3,000 copies were incinerated—an act almost without precedent in America. Adding gravity to the act, the issue featured an essay by Einstein that propounded a comprehensive field theory that would hold physics together.

Piel's mind was still not at rest, though. His magazine was “a very fragile little institution,” with just over 100,000 circulation. “The Atomic Energy Commission or somebody in it at any time can leak this to the House Un-American Activities Committee or Joe McCarthy,” he thought, “and we'll be cooked. So I called up the New York Times and said I have a story.”

The incident became what Piel called “a nationwide overnight sensation” that protected him from accusations of breaching national security. A Times editorial supported Scientific American, warning that “censors ... run the risk of doing great harm.”

Piel's stance won him public admiration and closer FBI surveillance. Agents reported that Piel and his first wife, then living in Greenwich Village, “were active in the ‘12th Street Neighbors for Peace,' which was connected with the Stockholm Peace Petition,” an advocacy group for a nuclear weapons ban.

At the peak of the McCarthy-era's witch hunt for Communists in May 1953, a Senate subcommittee summoned Scientific American managing editor Leon Svirsky. Although suspecting that Svirsky had been a member of a secret Communist cell at Time magazine, Piel provided skilled counsel that let him emerge from the Senate hearing unscathed.

While investigating alleged Communists inside the U.S. Army in July 1954, the Senate's Internal Security Subcommittee subpoenaed Scientific American's promotions director, Stephen M. Fischer, who had been press secretary for Henry Wallace's 1948 Progressive presidential campaign. With the adept lawyer Piel provided, Fischer evaded prosecution by confessing his Communist Party membership while refusing to name names. But the most challenging security case was Piel's own. When Piel was asked to become an adviser for a journal published by the U.S. Public Health Service, his acceptance required an FBI security check. The bureau determined, Piel said, “I was a subversive and disloyal to the United States.”

At an appeal to the Loyalty Board, the FBI reported that Scientific American had “derided” the evidence in the Rosenberg atomic espionage case, which, Piel said, “it certainly had.” Another demerit was his friendship with Harvard University astronomer Harlow Shapley, a contributor to the magazine and a peace activist who had dismissed Senator Joseph McCarthy's accusations of his disloyalty as “untrue and vague.” Finally, the FBI report accused Piel of membership in the American Labor Party, a Progressive group allied with Mayor Fiorello LaGuardia of New York, to which Piel said, “I certainly was.” Even so, his name was cleared from the taint of disloyalty.

All this dissent established the magazine's reputation for editorial independence, winning subscribers and advertisers. By deftly manipulating the historical forces at play—press freedom versus national security—Gerard Piel had made his publication an important forum for critical analysis of U.S. science policy during the coldest years of the cold war.

This article was originally published with the title "Nuclear Reaction" in Scientific American 323, 3, 73 (September 2020)

Alfred W. McCoy is a professor of history at the University of Wisconsin–Madison. He is author of Beer of Broadway Fame: The Piel Family and Their Brooklyn Brewery (State University of New York Press, 2016), from which this article is adapted.