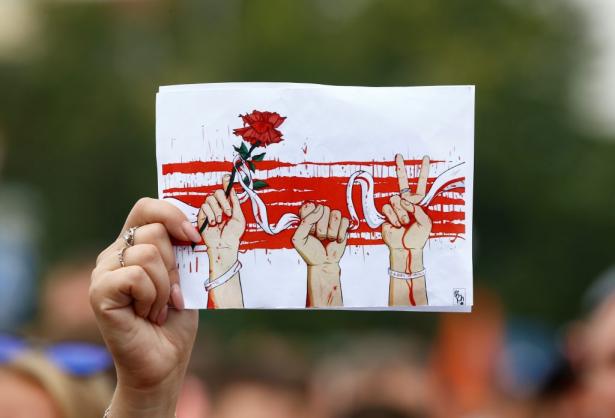 A protester holds a placard at a rally of striking workers at the potash producer Belaruskali in Salihorsk, Belarus, Photo: REUTERS/Vasily Fedosenko

The international trade union movement is calling on the G20 governments to act urgently and decisively to protect and promote employment as the world faces continuing destruction of jobs and economic activity due to the COVID-19 pandemic.

Thousands of Extinction Rebellion (XR) activists and supporters have been staging “die-ins”, preventing copies of newspapers from being distributed and meditating outside banks in a series of actions aimed at highlighting the worsening ecological crisis.

One Hundred Years of the Communist Movement in India  Tricontinental

The ANC has single-mindedly pursued advancing the Black Lives of an elite, in the name of “our people” and racial justice.

Puerto Rican communities have bet on their own survival. Their mutual aid efforts testify to both the power of grassroots organizing and the scale of state neglect.

A pact between the Socialists and Unidas Podemos gave Spain its first ruling left-wing coalition since the Civil War. The militant right still refuses to accept its legitimacy.

A group of participants of the first WSFs launched a call: Change the World Social Forum in order to change the world – from ‘open space’ to ‘action space’.