Perspectives on left politics from Chile, UK and Germany, and reports from Mexico, Hong Kong, France, Bolivia, India and Kenya 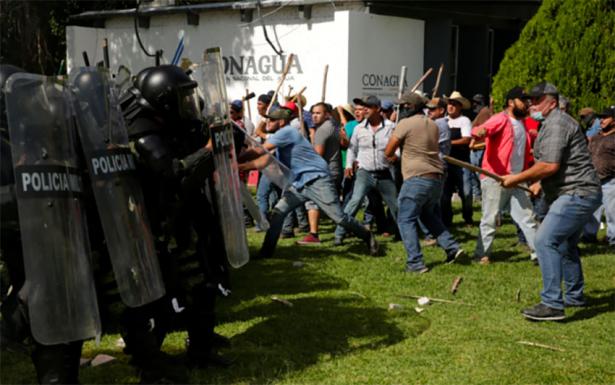 The editor of Chile’s Punto Final magazine proposes a botanical approach to building the political left. “If it were only necessary to form a party in order to construct a Left alternative, it would have already happened. However, we have spent years insisting on this method with no result.”

After 47 years, many hope that a new constitution will replace the one written during the dictatorship.

Ivan Franceschini and Au Loong-Yu / Made in China (Canberra)

Hong Kong leftist intellectual Au Loong-Yu retraces the development of the protest movement in his place of birth over the past two decades, setting them within the context of broader political trends in mainland China and beyond.

What happened to the movement after the pandemic began? [Portside note: Read the Yellow Vests’ response to this premature obituary.]

Massive protests last month forced Bolivia’s post-coup government to pledge that elections will take place on October 18. But democracy is still in danger, with powerful private interests standing to gain from the continuation of the current regime.

Delhi police are charging that well-known activists and academics are part of a conspiracy behind widespread violence as mass demonstrations protested the anti-Muslim Citizenship Amendment Act.

Neither the emergence of Corbynism nor its failure were primarily due to individuals or groups of individuals, but to structural factors that need to be understood.

Strikes, slowdowns and demonstrations have forced the government to take steps to provide health workers with the medical coverage they demand.

The ideas and concepts of socialism are the subject of discussion and conflict. There are a range of suggestions for how to define it. If there are differences and contradictions between the claims to universality and the various social groups, their interests, and needs, then there is a need for forms which can mediate contradictions and tensions between the universal and the particular. Democracy is the process through which this happens.