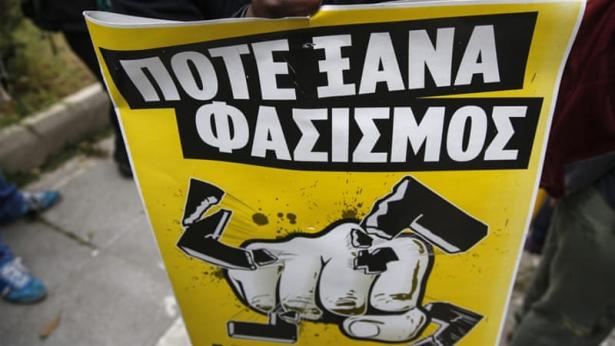 Chongyang Institute for Financial Studies at Renmin (People's) University of China jointly held a Webinar with the No Cold War campaign and Tricontinental Institute for Social Research themed “The Future of China-US Relations.”

__________
Palestinian Rights in the Era of Normalization

Trump’s normalization deals have fundamentally altered the political landscape. But Palestinians and their allies can still use grassroots power to strategically counter this new reality.

A translation of the French Declaration of the Brigade against Negrophobia, Representative Council of Black Organizations, The Voice of Roma, and French Jewish Union for Peace.

At a time when Golden Dawn tried to dominate in the streets, dozens of small but well-organised groups — from teacher unions to human rights advocacy networks — put aside their differences and pooled resources to organise thousands of neighbourhood demonstrations, protests and meetings against it.

A new feminist initiative founded in March called Khateera (the name in Arabic being the feminine derivative of the word “dangerous”) presents itself as a platform for every woman who “takes her place in this world without asking for permission”.

The finance minister is transferring the cost of the economic crisis on to the working class and the poor. However, these communities vow to continue fighting to be heard.

Maduro proposed the new anti-blockade law, arguing it is essential to helping circumvent the sanctions. But some sectors believe it represents an important departure from the socialist policies of his predecessor, Hugo Chávez.

Engels brilliantly revealed how urban planning and regeneration were arenas for class conflict.