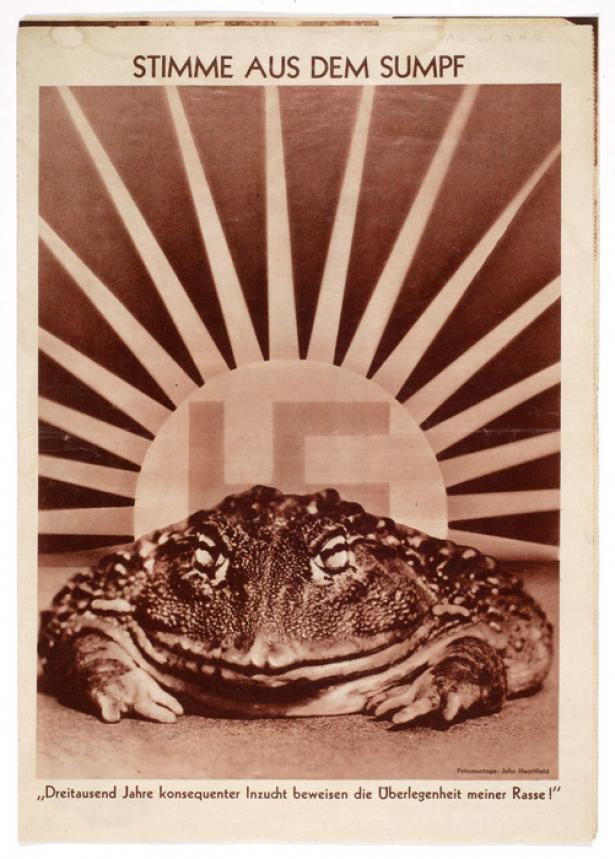 "Voice From the Swamp!" A photomontage from Arbeiter-Illustrierte-Zeitung, published in exile in 1936. Credit,John Heartfield, International Center of Photography

In light of the events of January 6, Global Left Midweek is breaking from format to share some articles that take on the danger of fascism as a political movement worldwide. We also feature two important new essays, one a warning, one a forecast. – Portside moderator

This is the end of American exceptionalism. Since the demographic balance is going against the white population, since the political balance is going against the Republican Party, the political, electoral weight is shifting over to the left, to the broad left, to this coalition of progressives, liberals and minorities. Expect more street warfare being waged by the right.

During Brazil’s electoral process, Bolsonaro used a rental political party which he later discarded. This organic deficiency was compensated by the radicalization into fascism of a mass political movement, which has its biggest following online.

The Trump-Modi friendship is about a shared far-right ideology. The U.S. and India are part of a growing number of authoritarian far-right governments in the world, whose members include Brazil, the Philippines, Hungary, and more.

It is important to recognise the years of antifascist activism in Greece, during Golden Dawn’s rise. It was a fight that, at times, seemed like a lost cause. Democracy managed to pass an important test in the prosecution and sentencing of this criminal organisation.

We must leverage our industrial power to tackle the influence of the far-right in the workplace. That’s why the TUC and Unite, alongside our sister German unions DGB and IG Metall, are developing a programme of practical workplace action to counter the far-right, working with companies that have sites in both the UK and Germany.

Trump has generated a paradigm, a far-right ideological frame of reference that, at the same time, is part of a global authoritarian trend in the discrediting of democracy and attack on inclusive societies.

The pandemic has constituted an opening for a further authoritarian consolidation of power built around extractivism, endocolonization, and human beings actually becoming superfluous.

The challenge for antifascism is not simply to forge alliances with activists of other causes that leave each partner unchanged, but to redefine and enrich antifascism from the perspectives that emerge within the trade-union, anti-capitalist, anti-racist, feminist or ecological struggles, while nourishing the latter with antifascist perspectives.

Nuclear annihilation and extinction by climate catastrophe are twin threats to the planet. Meanwhile, for victims of the neoliberal assault, the short-term problems of sustaining their mere existence displace fundamental questions about the fate of our children and grandchildren. Global problems of this scale require global cooperation.

We are in a world awash with mass mobilisations and assemblies. In this general conjuncture, there is a widely shared conviction that significant popular assemblies will achieve a change in the situation, from Hong Kong to Algiers, Iran to France, Egypt to California, Mali to Brazil, India to Poland, as well as in many other places and countries.