Too often, leaders magnify the voices of a very small group of members... This reality reflects significant weaknesses in unions and their organizing practices, and illustrates how shallow and limited our understanding of democracy is. 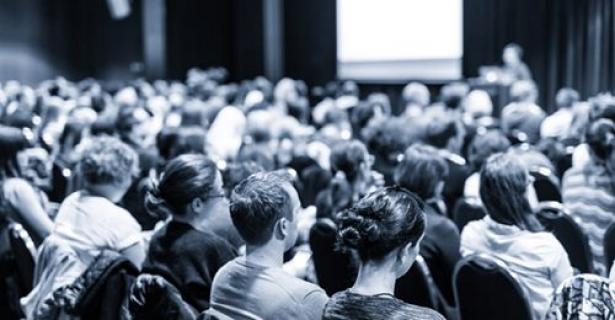 There’s a familiar refrain in the labor movement: our members would never do that; they’re just not there. Most recently, at the Labor For Single Payer digital conference, some attendees complained that their union leadership assumed the members were too invested in their negotiated benefits to support Medicare for All.

The truth is, rarely are these concerns grounded in actual conversations with members. I recently spoke with a coalition organizer about how the straw man of member readiness was hampering debate within their coalition. I suggested that, before the debate continued, everyone at the table needed to share the list of members they had spoken to about the issue and what their members thought about it.

This should be a common practice in the labor movement. Before making decisions that will impact our membership, leaders must ask: How many members did I speak to about the decision at hand? (Seriously, what are their names?) What did they say? What kind of conversation did I have with them? Did I take their temperature, or did I have an organizing conversation where I moved them past their fears and concerns?

Too often, leaders magnify the voices of a very small, often unrepresentative group of members, if they even cite members’ views at all. This reality reflects significant weaknesses in unions and their organizing practices, and illustrates how shallow and limited our understanding of democracy is. Ultimately, the failure among broad swaths of the labor movement to truly engage with members holds us back from deeper, more transformative wins.

Weaknesses in Organizing Culture and Practice

The state of decision-making processes in leadership bodies is in direct relationship to the organizing structures of the unions in question. This is a vicious cycle. If decision-making is not rooted in organizing, members become more and more alienated from the direction of the organization and the work of building it. That then further influences leaders’ sense of hopelessness about their members’ willingness to participate in decision-making.

Jane McAlevey has discussed at length the labor movement’s shift away from strong organizing practices. Many more unions once had robust and deep organizing infrastructure through “one to ten” structures — that is, a militant ten percent of members who organized and activated the larger membership through regular one-on-one organizing conversations. That structure is what enabled many strike campaigns to succeed and secure the wins we now cling to, like pension funds, annual wage increases, and better health care. As business unionism became the dominant ideology within labor during the 1970s and 1980s, fewer and fewer unions maintained those structures. In place of deep organizing, many unions have adopted shallow mobilizing practices, where a small number of familiar supporters turn out to one-off actions, and advocacy models, where individuals lobby elected officials on niche legislation that only affects their members.

There are a number of reasons for this shift away from deep organizing, but the result is that many unions now lack basic organizing structures that facilitate good organizing practices. Leadership bodies are often small, unrepresentative, and very far apart from their members; those leaders rarely talk to their fellow members, much less engage them in campaigns. Many leaders don’t regularly assess their members. That is, they do not rate their members’ participation in and support for their actions and campaigns. Therefore, they cannot gauge the strength of the organization and whether its power is growing over time. Few engage in structure tests — low-level actions to assess weak spots and overall support for a campaign before escalating — that ground those assessments in reality. Many leaders, if they do talk with their members, view those conversations as a thermometer, not a thermostat. They simply take their members’ temperature on an issue, rather than actively moving members to support an issue fight or campaign.

Unions are not the only membership organizations that suffer from these weak organizing practices. I was for several years a member of an immigrant rights organization that claimed to build the leadership of its members but in fact had no infrastructure for doing so. The direct actions led by the organization were the result of shallow mobilizing, like posting about rallies on social media and seeing the same twenty people turn out week after week for a symbolic action. There was no concerted effort to track member support and participation in active campaigns over time, or to engage with and push past the very valid fear that many immigrant members had about participating in direct actions that could lead to their arrest. The result was that the non-immigrant members of the organization had a much easier time participating in the work, and leadership did little to bring immigrant members into more active roles or overcome that fear. The leader of the organization then made decisions based on his own personal interests in every campaign, and almost never asked questions like those I offered above: How do my members feel about this issue? How do I know? What kind of conversations have I had with them to bring them into a campaign?

It’s no wonder leaders of unions and other membership organizations make decisions based on their gut feelings, untested hypotheses, or knowledge of a limited group of members. If you don’t have an organizing infrastructure, it’s impossible to make more informed assessments to guide your decision-making. Rebuilding organizing infrastructure in our movement is a crucial task for developing better leadership bodies, which in turn will help develop our collective understanding of what democratic practices look like — and enable more transformative wins.

But democracy is also a practice of developing the full potential of those who participate in it. Marta Harnecker writes at length about this topic in her book, A World to Build: New Paths toward Twenty-first Century Socialism. She details the various ways that South American socialist countries transformed the political process to invite in masses of people in order to develop their leadership and skills. Harnecker calls this approach — in which elected leaders cultivate popular participation in decision-making — “governing by obeying.”

Governing by obeying does not simply mean leaders take what members say at face value and act on that information. Leaders should instead act as organizers in these conversations: first, listen to the issues and concerns members share, then educate members on what is possible if we act collectively, and, finally, organize members into participating in an active struggle by asking them to do a concrete task. In other words, participatory democracy means we must push past simply polling our members about how they feel about a given issue without taking the time to educate them or organize them past their fears.

When I was the chair of a nonprofit union, I would ask my coworkers, “What do you think we should fight for in our contract negotiations?” One responded, “I’m afraid I’ll lose my job because my boss never seems to think I can do anything right, but a contract won’t change that.” If I had left the conversation there, this member wouldn’t have known how her fellow union members could support her in changing her situation by fighting for just cause protections. Even once she understood just cause, her fear still kept her from weighing in on the process. It took a series of conversations with someone she trusted for this member to move past those fears and get more involved in negotiations.

True democracy requires that we have structures in place that can educate members on what is possible and build the strong relationships that move members past their fears.

Once we make this a regular practice, something beautiful happens: we start to see so much more possibility in our membership and in the fights we can take on. Strong organizing practices enable us to regularly witness the people around us in the process of transformation. As our members move past their fears and change their minds, we see our ranks, our power, and what we can achieve begin to grow. We realize that change is possible and that our members can and will fight for the things that matter once they are organized.

This is why elected leaders must see their roles through an organizing framework: without organizing, we leave so much possibility untapped.

Why build this organizing infrastructure and take such an intensive approach to organizational democracy? This path is certainly much more work than the alternative. But with stronger organizing structures and practices in place, a whole new world of possibilities opens up to us, with more power to achieve much more exciting wins.

Our power in the workplace comes from our ability to take collective action, which only works when done en masse. Members will participate in actions if those actions target issues they care about, and if they have been asked to participate through a one-on-one organizing conversation that moves them past their fear and builds their connection to their fellow coworkers. Once we have mastered the basics of good organizing practices — one-to-ten organizing structures, escalating campaigns, and regular assessments and structure tests — our ability to threaten and use our power is much more real. We can then demand what we really want rather than settling for disappointing compromises and concessions. But without organizing structures in place, we will (often correctly) assume that our members “aren’t there yet,” and we will follow a weak agenda rather than pushing an increasingly ambitious one.

We can then demand what we really want rather than settling for disappointing compromises and concessions. But without organizing structures in place, we will (often correctly) assume that our members “aren’t there yet,” and we will follow a weak agenda rather than pushing an increasingly ambitious one.

Deep organizing that facilitates true democratic participation is still a practice in some unions. The Chicago Teachers Union (CTU) and United Teachers Los Angeles (UTLA) spent years doing deep leadership development and base building in the leadup to their respective strikes. Both unions rebuilt their organizing structures and invested in engaging members, putting the unions in the position to make dramatically bolder demands. Those demands are now heralded as some of the most ambitious and agenda-setting wins in the labor movement, from dramatically improved staffing in every school to improved resources to combat student homelessness. The unions’ ability to win these demands was directly related to the strength of their organizing practices. In turn, those practices produced deeper democratic practices. At the end of CTU’s 2012 fight, after the union’s bargaining committee had reached a deal, the members chose to stay out on strike an additional day so that every member could read the full Collective Bargaining Agreement before voting on its ratification. Members were so invested in the process that they took the time to ensure that teachers had an informed, deliberate say in the outcome of the strike.

The refrain that “members won’t fight for that” is, in some ways, true. Without organizing structures to move them, they’re right we won’t win Medicare for All, we won’t save our planet, and we won’t have the power to create a society that works for people and not profit. If we want to win big, we will need to take collective risks. To do that, we need to build structures that strengthen our relationships with one another, educate each other on what is possible when we organize, and develop the leadership of many more people through escalating campaigns. Imagine what could be possible for our unions and the world once these practices are the norm — doing so gives me the hope and energy to work towards that future.

[Marybeth Seitz-Brown is an organizer with the NewsGuild of New York, where she was a former rank and file member.]