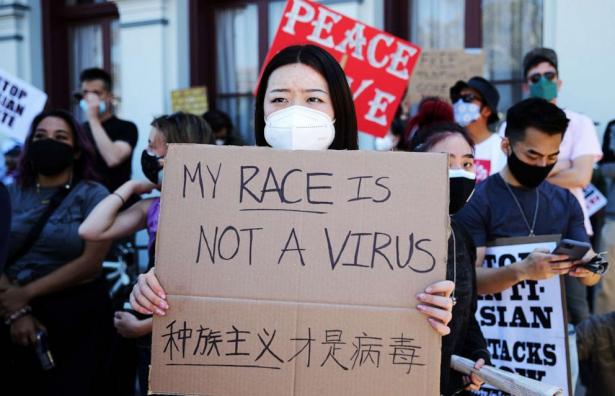 Miamians Have Had Enough

The city’s treatment of large groups of Black vacationers in town for spring break led to criticism from some of Miami’s Black social-justice leaders. Last weekend, police enforcing the curfew fired pepperballs at a crowd. Cops carrying assault-style rifles stood outside a SWAT truck stationed nearby.

Photos: Standing Up to Anti-Asian Hate

Active-duty military and members of law enforcement participated in the attempted coup. To those who have long tracked white supremacist groups in the United States, however, this news came as no surprise.

By Jay A. Irwin
The Conversation

Trans Day of Visibility – celebrated annually on March 31 – is an important day that allows community members to come together and find support and solidarity by knowing they are not alone.

A Housing Activist’s Fight in Philadelphia

By Robin Kaiser-Schatzlein
The New Republic

Over five years, Jennifer Bennetch uncovered how power works in one American city and, to a degree, manipulated it. And instead of making her jaded, the experience has given her something like righteous clarity.

A timely new paper by a University of Washington political scientist finds that the states that backslid on democratization over the past 16 years shared a single characteristic: Republicans gained full control of their state government.

Gov. Ron DeSantis vowed to expel from Florida’s public schools any study of “critical race theory,” which examines the way race has shaped American society and institutions. Conservatives are moving to delegitimize research into the extent to which racism in America is a result of laws and cultural mores.