Such a plan, said Rep. Jamaal Bowman, "would allow people to live with dignity and respect, to know that our federal government cares about their well-being and their health." 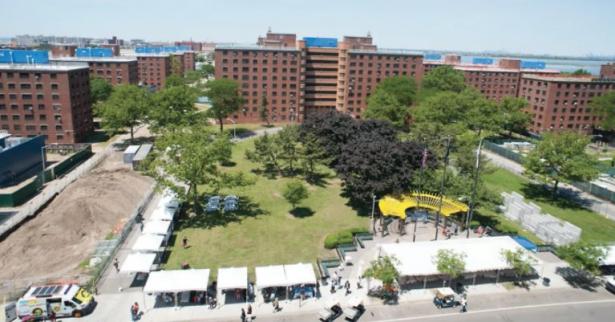 Expressing hope that the Democratic Party would expand its "scope and ambition" regarding an infrastructure plan, Rep. Alexandria Ocasio-Cortez and Sen. Bernie Sanders reintroduced the Green New Deal for Public Housing on Monday, calling on Congress to pass the far-reaching legislation to address the interlocking housing, economic, environmental injustice, and climate crises.

As Ocasio-Cortez wrote on Twitter Monday, the bill would markedly improve living conditions and the cost of living for nearly two million people living in public housing units while creating more than 240,000 jobs across multiple sectors. 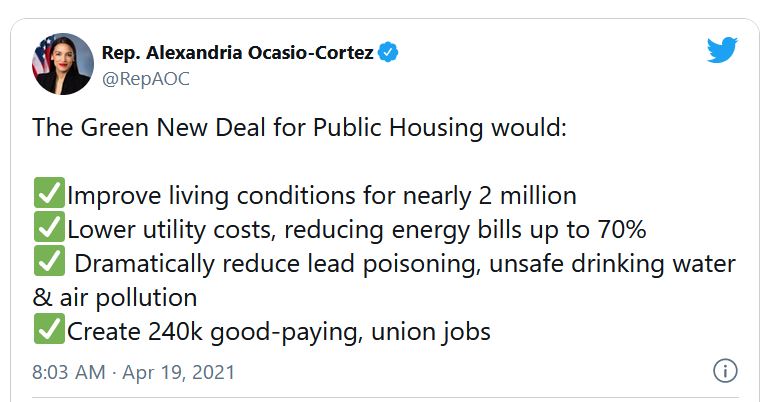 "With millions on the brink of eviction, millions under/unemployed, and with a coming climate crisis—investing in our housing infrastructure has never been more important," the New York Democrat said.

"This legislation addresses our climate and affordable housing crises together in a way that transforms our energy system, rebuilds public housing, and creates hundreds of thousands of good paying jobs in low-income and working class communities."
—Sen. Bernie Sanders (I-Vt.)

Sanders and Ocasio-Cortez aim to invest between $119 billion and $172 billion over ten years in sustainably retrofitting public housing homes, which would annually save up to $97 million in water bills and $613 million in energy bills. The legislation would reduce yearly carbon emissions by about 5.6 million metric tons—the equivalent of taking 1.2 million cars off American roads, Sanders said in a press statement Monday.

"At this time of unprecedented crisis, we must move forward to boldly address the systemic and existential threats facing us today and that includes combating climate change and making sure that every American has a safe and decent place to live," said Sanders. "It is unacceptable that our nation's public housing is in a state of chronic disrepair and energy inefficiency after generations of government neglect. This legislation addresses our climate and affordable housing crises together in a way that transforms our energy system, rebuilds public housing, and creates hundreds of thousands of good paying jobs in low-income and working class communities."

As Sanders and Ocasio-Cortez prepared to unveil the legislation on Monday, the Sunrise Movement joined Organize for Justice, a sister organization of Justice Democrats, to release a short documentary focused on how the Green New Deal would help residents of the New York City Housing Authority (NYCHA), the largest public housing development in the country.

"We want better because we know that the federal government can do better, and we deserve better," Taylor says. 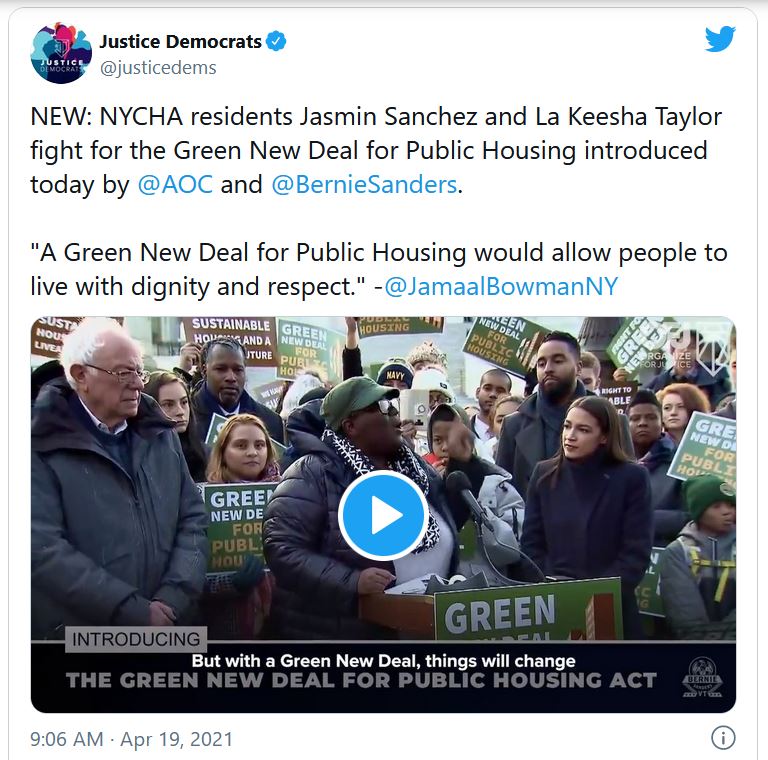 "A Green New Deal for Public Housing would allow people to live with dignity and respect, to know that our federal government cares about their well-being and their health," Bowman says in the documentary. "A Green New Deal is our 21st century Industrial Revolution, so we need to put people back to work and the best jobs are jobs that produce net zero carbon emissions."

The progressive lawmakers aim to pass the Green New Deal for Public Housing with all Democrats supporting it, without downsizing the infrastructure plan to gain Republican votes.

Contrary to claims that the Green New Deal will drive voters away from supporting Democrats, according to a poll released Monday by progressive think tank Data for Progress, 57% of likely voters want their representatives in Congress to co-sponsor the legislation. 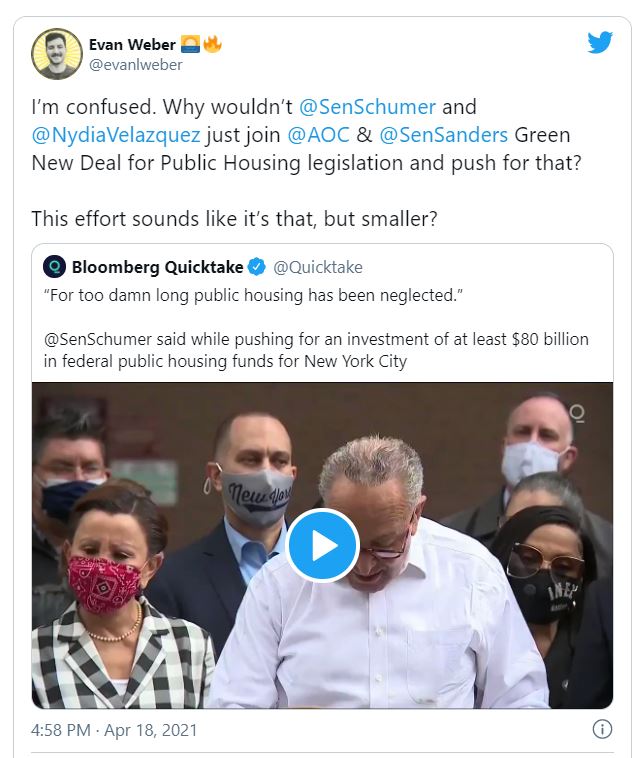 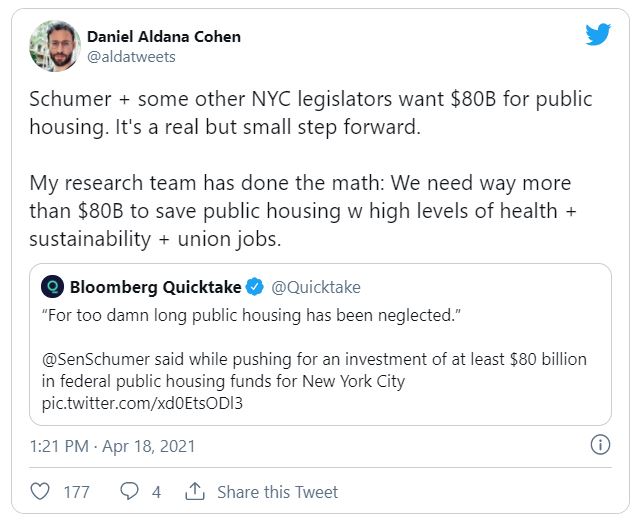