Mark Bittman’s Warning: The True Costs of Our Cheap Food and the American Diet

From Mesopotamian irrigation to McDonalds, the bestselling food writer tells Oliver Milman that his new history of food is his most important work 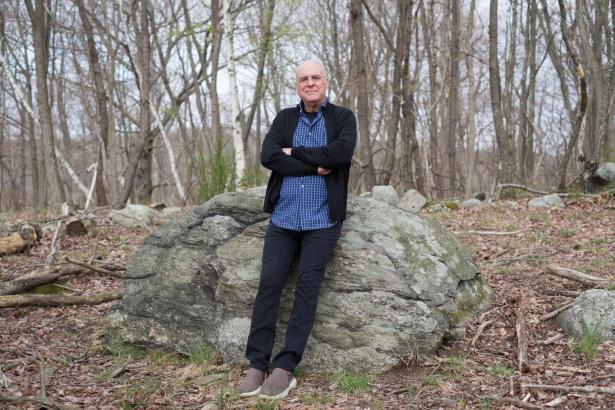 The global, industrialized food system faces increasing scrutiny for its environmental impact, given its voracious appetite for land is linked to mass deforestation, water pollution and a sizable chunk of the world’s greenhouse gas emissions.

The implied trade-off has been that advances in agriculture have greatly reduced hunger and driven societies out of poverty due to improved productivity and efficiencies. But Mark Bittman, the American food author and journalist, argues in his new book Animal, Vegetable, Junk that these supposed benefits are largely illusionary.

In a sweeping deconstruction of the history of food, spanning the past 10,000 years of organized agriculture, Bittman takes in everything from Mesopotamian irrigation to the Irish famine to the growth of McDonald’s to posit the rise of uniformity and convenience in food has mostly benefited large companies, fueled societal inequities and ravaged human health and the environment. Al Gore, the former US vice president, has called the book a “must-read for policymakers, activists and concerned citizens looking to better understand our food system and how to fix it”.

The Guardian spoke to Bittman about the book – his comments are edited for length and clarity.

Many people will know you for the cookbooks you’ve written. This is quite a departure, isn’t it?

I think it is the most important piece of work I’ve done. I guess the obituary writers decide that or something. I don’t know. But How to Cook Everything was really important to me and my career. And obviously, it’s done very well. But this was the book I wanted to write, I think, for the last 20 or even 30 years. I can’t imagine doing anything bigger or more important.

You say that the advent of organized agriculture could be one of the most disastrous things we ever did. Why is this?

Jared Diamond is, I think, the first guy to say the agricultural revolution is not all peaches and cream. The population 10,000 years ago was a fraction of what it is now. Agriculture has enabled billions of people to have been alive, and be alive, than would be possible without agriculture. So if you think that’s beneficial, that’s really great.

On the other hand, one could argue that the quality of life did not go up, but went down when agriculture became common. And you could certainly argue that agriculture is damaging to the environment, the public health and so on right now. But that is fixable. It’s changeable. So, I don’t think you could say agriculture, which just means growing food or growing stuff, is a bad thing. It’s just what do we make of it?

The book contains quite a harsh critique of how free market capitalism has caused great problems in our food systems.

Yes. We should qualify, so called free market capitalism, since it’s socialism for big corporations and dog-eat-dog for everybody else or whatever. Yeah, there’s a zillion examples in the book and elsewhere of capitalism and its impact on agriculture. You could certainly argue that agriculture, agriculture slavery and capitalism are all tied together. And that’s something that developed from the 15th to the 18th century.

The fallout includes famine, doesn’t it?

The Irish famine was the first well known one and I guess you could say the first politically caused famine as opposed to more environmentally caused famine. They’re all complicated, but the Irish potato famine can definitely be laid at the feet of the English who had converted most of Ireland’s peasant farmland into grazing lands for both animals, the meat of which was destined to be sent over the Irish Sea.

And then followed famines in Bengal and in West Africa. Of course, Stalin and Mao’s famines, it’s not all the UK’s fault. The famines of Stalin and Mao are very much politically induced. They were about a lack of food, but how they were treated was very much political. Stalin wanted to erase the peasants, Mao wanted to erase the landlords. And they were both successful to some extent. They used food as a weapon. 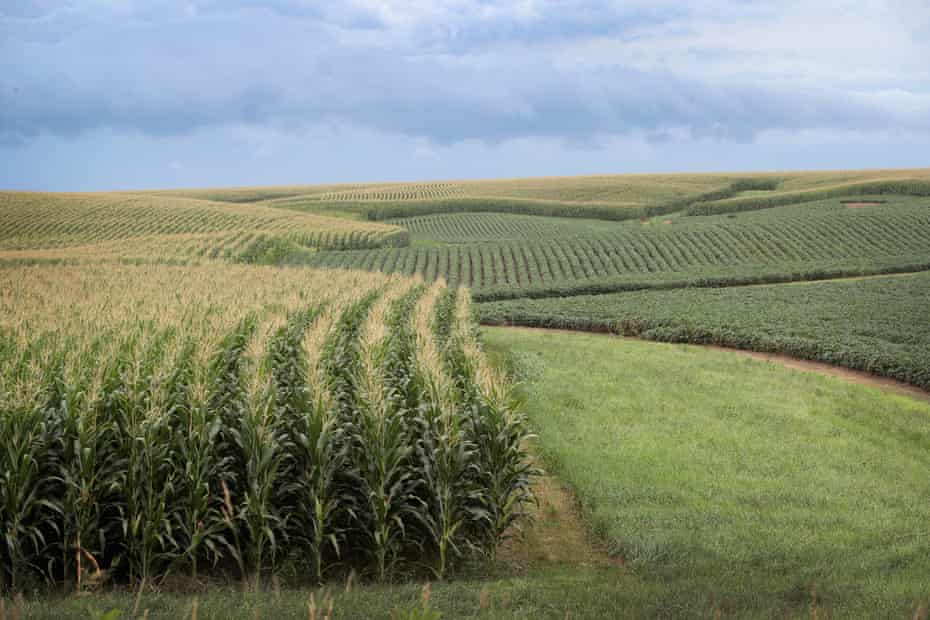 So where did we go wrong with food?

And that process accelerated since 1500, or whenever you want to say capitalism began. To the point where, in the States at least, 95% of crops are basically grown as cash crops. And the question is almost never ‘What is the land telling us we want to grow? What can we grow that will be most beneficial for our community? What can I grow that’s most nutritious that will damage the land as little as possible?’ Those are not questions that are being asked.

The questions that are being asked or the question that’s being asked is ‘How can I make the most money possible with this land?’ Sometimes that means just selling the land for development. But often, it means growing one crop at a time. And it’s a crop that’s either directly or indirectly subsidized, like corn or soybeans. And it’s a crop that mostly goes into junk food or animal feed, or even ethanol, which is obviously not food at all.

I really think the enclosure of the commons was a big deal. When the nobility started dictating to peasants what should be grown and how it should be sold and to whom it should be sold. And peasants began to run out of land to grow food for themselves and their families. That was one of the driving factors in the industrial revolution. And we’ve just seen that accelerate.

So if we fast forward to the current situation in the US, how has this history influenced what people eat today?

Food that you can’t cook yourself. Food that you don’t find in your own kitchen in the normal course of cooking and eating. A food that didn’t exist before the 20th century.

The counter-argument to this is often ‘There is so much choice now, why not just choose a healthier option,’ isn’t it?

It’s important to recognize that because ultra processed food is cheap and it’s fast and it’s widely available; people without time and without money, are more likely to buy that kind of food. But everybody eats junk food. And it also poisons the environment for everybody.

The answer is to increase the availability and affordability of real food. It’s not let’s make better personal choices, because they go back to that statistic. And that’s why I think it’s so important that you can only buy, you can only eat what there is. Since actually no one is growing food, we’re all on the market. And if the market is 50% junk food, that’s what people are eating.

This system of food has proved very successful in establishing itself, hasn’t it?

The American diet, which we have to take full responsibility for, is spreading worldwide. It’s spreading worldwide because it’s profitable for big food. It absolutely is engineered to taste good. It hits the pleasure centers in your brain and it stimulates dopamine and so on. If it’s not, strictly speaking, addictive in the way that caffeine or opiates are addictive, it’s very, very close. 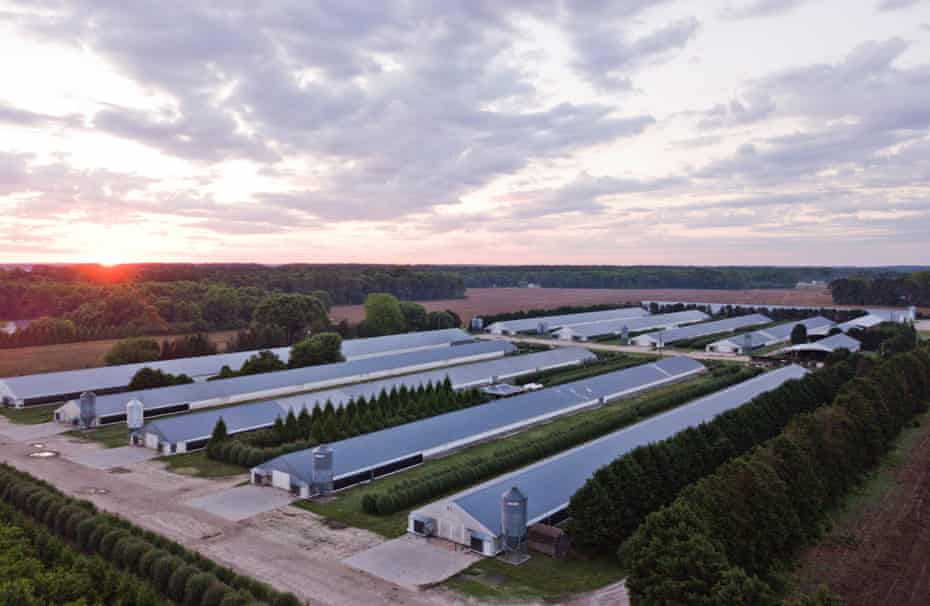 The sun rises over chicken houses on a farm in Virginia. Photograph: Steve Helber/AP

What do we need to do differently?

We really have to change agriculture what we’re growing and make a real effort to grow real food. Transport real food, market real food. Have farmers who steward the land. All of those cliches.

But on the other hand, we have to make sure that people have the income or the ability to buy real food. We have a choice. We are subsidizing junk food. It may well be that as societies grow, as populations grow, as societies become more technologically inclined, that it may be that food agriculture just is an expensive enterprise. And needs to be supported by government. It needs to be subsidized.

The world is going to have a population close to 10 billion people by the mid-point of this century and those who support the intensification of monocultural farming say this will be the only way to feed this number of people. What is your response to that?

No one’s asking us to feed them. In many cases, people are just asking us to leave them alone. So that, in a way is a PR ploy for big ag: “We need to increase yield forever, so that we can feed the world.” But the world does not want us to feed them. The world wants us to stop stealing their land and stop poisoning them and so on. At least, that’s my perception of the world.

As for producing cheap food that Americans can afford, yeah, that’s a trade off. That’s an industrial revolution era trade off. Workers were paid, it was assumed that women’s labor was free. So you didn’t have to pay workers enough to worry about child care or cooking or any other domestic chores. And then if you made food cheap, you could pay them even less.

So that was a trade off of the early Industrial Revolution. But there’s a price for cheap food. And the price is not only environmental damage and heavy resource use. There are other prices as well. But the one I want to focus on just this moment is the public health costs.

So we are paying for the food one way or the other, sometimes with our health.

Yeah, exactly. The society is paying the costs. Just like every aspect of food that you want to examine carefully has hidden costs. Economists call them externalities. Hidden costs that aren’t included in the cost of the product. So, Walmart pays its workers badly, you get cheap stuff at Walmart, including food.

And some huge percentage of those workers are on food stamps. You’re also paying for those. You’re subsidizing Walmart employment costs. It’s not just cash, we’re paying with our own health.

I’m not saying we have to go from industrial farming back to farming the way it was in the 1600s by any means. But I’m saying there are steps we can take to reduce the use of pesticides. To make life better for farmers, to improve the quality of soil. To remove antibiotics from the food supply. To teach our children what real food is and so on down the line.

I think some limits on marketing junk food to children, along with teaching children where food is from and what food is about is really important. Because if you’re going to allow marketers to target kids, they will convince them that Tony the Tiger is their friend and that Coke is the best beverage to drink. And that McDonald’s is the most fun place to eat.

If you’re going to let kids become convinced of that then you’re going to have generation after generation of adults who were saddled with food preferences that are dictated by big food. And we all know how difficult it is to change our food preferences. We all know that. Especially in the last year, everybody saw that: “I’m so scared of Covid. I’m so bored with being locked up. I’m going to order in pizza and have ice cream.” Or whatever their favorite childhood food is, we would all turn to that. I saw this in myself and everybody I talk to sees it in themselves.