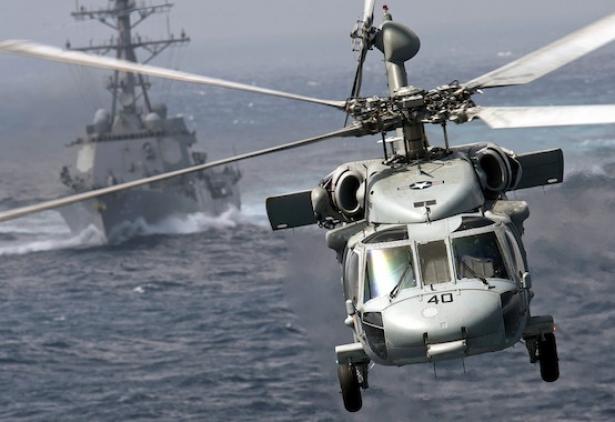 Military spending around the world has increased to unprecedented level since 1988 despite economic suffering due to the COVID-19 pandemic, and the U.S. was ahead of all the countries again, finds Trends in World Military Expenditure, 2020, the latest report by the Stockholm International Peace Research Institute (SIPRI).

In 2020, nations were struggling to support their economies through the times of hardships and lockdowns caused by the pandemic. Those efforts apparently did not prevent governments from spending more money on their militaries than ever before in more than three decades, the report said. 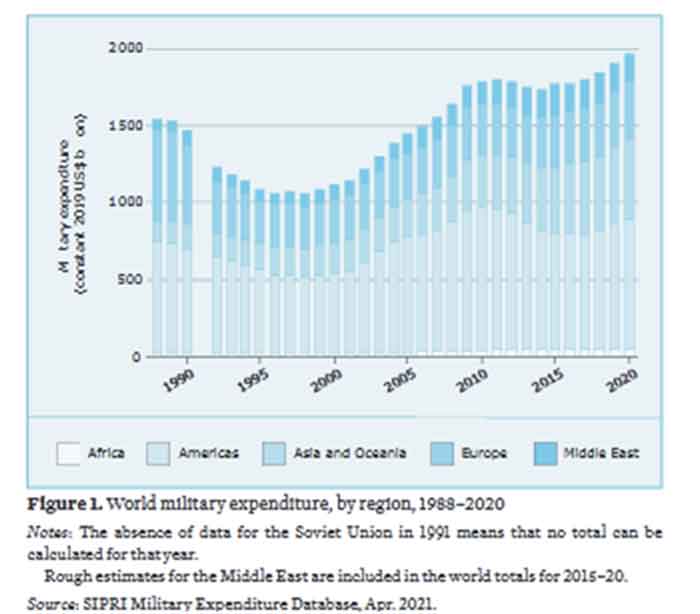 The report published on Monday said: World military expenditure in 2020 is estimated to have been $1981 billion, the highest level since 1988 — the earliest year for which SIPRI has a consistent estimate for total global military spending, and world military expenditure in 2020 was 2.6 per cent higher in real terms than in 2019 and 9.3 per cent higher than in 2011.

It said that over the last decade, global military spending increased by almost 10 percent. The increase came in a year when the world’s “gross domestic product (GDP) shrank by 4.4 percent.” The global military burden — world military expenditure as a share of global GDP — rose by 0.2 percentage points in 2020, to 2.4 per cent.

It said the increase caused “the biggest year-on-year rise in the military burden since the global financial and economic crisis in 2009.”

Still, some countries, like South Korea and Chile, preferred to spend some of the planned military funds on pandemic response while others, like Russia and Brazil, spent “considerably less” on defense then planned in 2020.

SPIRI said U.S. leads the list of the largest military spenders by a wide margin. U.S.’s military expenditures amounted to 39% of the global defense spending. U.S. also recorded one of the highest spending growth rates among the top 10 military spenders, surpassed only by Germany and South Korea, which have considerably smaller defense budgets.

China, closest “competitor” of U.S., spent around three times less money on defense and its military spending in 2020 accounted for some 13 percent of the global tally. Beijing did not have to raise its defense spending at the expense of increasing the military burden, since its economy was one of the few still growing in 2020.

India, Russia and the UK also made it to the list of the top five military spenders, although their defense budgets were considerably smaller than those of China, not to mention the U.S. Saudi Arabia was the only nation among the top 10 military spenders that had its defense expenditures decreased in 2020.

The economic downturn coupled with the continuous increases in military spending helped some NATO members to hit the Alliance’s spending target as 12 member-states spent two or more percent of their GDP on defense, SIPRI notes, adding that only nine did so in 2019. France was particularly the one to cross the two-percent threshold for the first time since 2009.

The report by Diego Lopes da Silva (Brazil), Researcher with the SIPRI Arms and Military Expenditure Program, Nan Tian (South Africa), Senior Researcher and Alexandra Marksteiner (Austria/Germany), Assistant Researcher with the program, said: The Fact Sheet highlights the regional and national military expenditure data for 2020 and trends over the decade 2011–20. The data is from the updated open-access SIPRI Military Expenditure Database, which provides military spending data by country for the years 1949–2020. 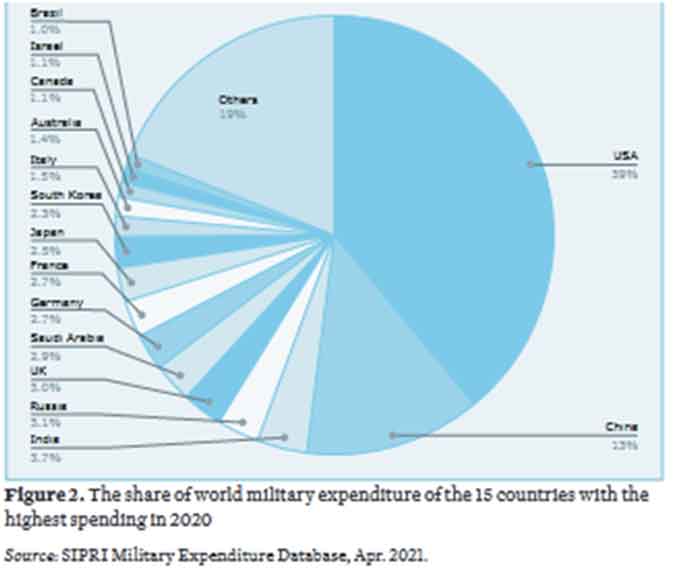 With a military budget of an estimated $778 billion, the U.S. remained the world’s largest spender in 2020, accounting for 39 per cent of global military spending. In 2020, the U.S. spent almost as much on its military as the next 12 largest spenders combined. The U.S. military burden amounted to 3.7 per cent of GDP in 2020, up by 0.3 percentage points on the previous year. U.S. military expenditure in 2020 was 4.4 per cent higher than in 2019. The 2020 financial year was the third consecutive year of growth in U.S. military spending, following continuous real-terms decreases between 2010 — when U.S. spending peaked — and 2017. The increases in the financial years covering 2018–20 can be attributed to focused investment in research and development, and implementation of several long-term projects such as modernizing the U.S. nuclear arsenal and large-scale arms procurement. The main drivers of the increases in recent years were perceived threats to the U.S. from strategic competitors such as China and Russia and the push by former U.S. President Donald J. Trump to build up what he saw as a depleted military.

It said: China, the world’s second largest military spender in 2020, is estimated to have accounted for 13 per cent of the global total. The $252 billion spent on the military in 2020 was 1.9 per cent higher than in 2019 and amounted to 1.7 per cent of GDP. China’s military expenditure has increased for 26 consecutive years. This growth is the result of China’s long-term military modernization and expansion process. According to China’s Ministry of National Defense, the increase in 2020 was in part motivated by perceived threats to China’s national security related to ‘power politics’.

The report said: At $72.9 billion, India’s military spending in 2020 was 2.1 per cent higher than in 2019 and 34 per cent higher than in 2011. This increase can be largely attributed to India’s ongoing conflict with Pakistan over Kashmir and renewed border tensions with China, as well as India’s more general rivalry with China as the main regional power in Asia and Oceania.

It said: Military expenditure by North Atlantic Treaty Organization (NATO) members totaled $1103 billion in 2020. Six of the top 15 military spenders are members of NATO: the U.S., the UK, Germany, France, Italy and Canada.

Together, these six accounted for 90 per cent ($995 billion) of total NATO spending and 50 per cent of global military expenditure.